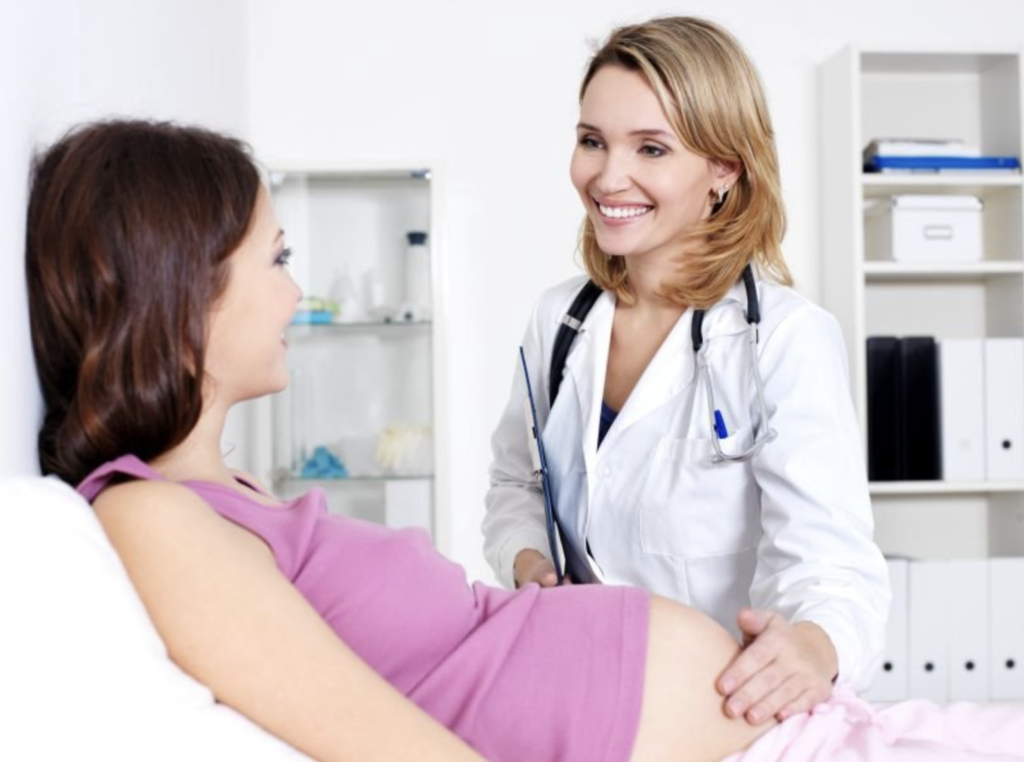 Many of the stories I hear keep me up at night:

• The government official (speaking off the record) who publicly and vociferously advocates for vaccines and has published peer-reviewed scholarly articles about the benefits of childhood vaccination but who privately chose not to vaccinate their youngest.

• The second-time mom whose baby was breech and whose obstetrician did “not allow her” a trial of labor. After the Cesarean birth she got methicillin-resistant Staphylococcus aureus (MRSA). This hospital-acquired infection almost killed her, leaving her so sick she couldn’t hold her baby for months.

• The second-time birthing woman whose obstetrician—who had been paged more than a dozen times and showed up in a Tie-dye shirt with wet hair—cut an episiotomy so long Grandma, who was watching the birth, told her later she was “horrified.” It took weeks for this mom to be able to urinate without extreme pain. Two years later, when I interviewed her, she told me things still “don’t feel right” down there.

• The third-time healthy young mom who would like to have a vaginal birth after cesarean but who can’t find a doctor anywhere in her state who will even “let her” try. Too afraid to have a home birth and wanting to be in the hospital in case something goes amiss with the VBAC, she has been bullied into accepting a scheduled C-section.

Here’s another story that still haunts me. This is a story about what happens when obstetricians hate homebirth midwives and cannot put aside their prejudices.

Names and some details have been changed to protect privacy.

Julia is a homebirth midwife in California. She brought her client, who was in active labor, to the hospital because she was worried.

This third-time mom—a healthy, albeit overweight, 32-year-old was hoping for a vaginal birth after a previous C-section. But she was becoming exhausted and possibly dehydrated.

An experienced homebirth midwife, Julia was concerned about the mom and about the baby, who she thought might be in distress.

Sure enough: Once at the hospital the fetal heart monitor showed little variability in the baby’s heartbeat.

“I think this baby needs to come out now,” Julia told the doctor on call.

Refusing to acknowledge that Julia was talking to him, the doctor only addressed the laboring mom. The mom confessed she was still hoping for a vaginal birth. He ignored Julia completely and refused to pay attention to the data in front of him.

He recommended getting her hydrated and waiting for the results of some lab tests before making a decision.

Then the obstetrician left the room.

When Julia sought out the doctor to tell him the baby wasn’t improving and the heart beat seemed dangerously low, he saw her coming down the hall, swiveled in his chair, and turned away.

When obstetricians hate homebirth midwives and behave like this towards them, birth becomes less safe for everyone.

It took more than two hours from the time the hospital admitted Julia’s client for the obstetrician—who’d had one previously negative experience with a home birth transport—to finally perform a C-section.

“The doctor was in the room for less than five minutes total,” Julia remembered. “He wasn’t paying attention to the case, wasn’t asking me any questions. Both the labor nurse and I were trying to speed things up. I was literally hopping up and down on the balls of my feet, saying, ‘This baby doesn’t look good. This baby needs to come out. This baby looks like crap.’ But the doctor just had such distain for home birth and for midwifery. And he probably had a fat bias, which a lot of doctors do, that he wouldn’t listen to us.”

It’s sad that some American obstetricians disdain home birth. This attitude comes partially from ignorance and inexperience. It also comes, partially, from professional hubris. Finally, it comes from being in the unfortunate position of only seeing homebirth mamas when something goes wrong.

But if that doctor had listened to the midwife, paid attention to the heartbeat, and immediately performed a C-section, that baby likely wouldn’t have died.

Medical schools train doctors in America to believe that any birth, even a low-risk birth, is dangerous.

Pregnancy is at worst an accident waiting to happen, at best a condition that will be fatal without immediate and extreme medical intervention.

The average American obstetrician believes he needs to manage and control both pregnancy and childbirth. How could they think otherwise?

Most American obstetricians have never even seen an unmedicated childbirth when they finish their residencies; very few these days (unlike in the not-so-distant past) has attended a home birth or given birth at home.

Despite the fact that a Fall 2012 Cochrane Library Review (often considered the gold standard of independent inquiry and scientific objectivity) reports that home birth is as safe or in many cases actually safer than hospital birth, and an international review of over half a million out of hospital births published in August 2019 again confirmed the safety of home birth, the American obstetrical community continues to publicly oppose home birth, citing “safety concerns” as their main argument against it.

“…[T]heir train wreck or their disaster shows up at my doorstep and I become responsible for their irresponsibility,” said an Indiana-based obstetrician, who believes homebirth midwives do not practice an appropriate standard of care.

“We only see what goes wrong,” explained an East Coast obstetrician to me.

Julia believes that some midwives exacerbate the problem between obstetricians and midwives by behaving badly in a hospital setting. They feel marginalized there and they behave in a way that leads doctors to feel they’re not competent. “As time goes on and I speak more candidly with physicians, I realize how little they know about what we do,” she tells me.

“They didn’t know we use a Doppler to listen the baby in labor, for instance.”

Most homebirth midwives also carry oxygen and pitocin, which is something else medical doctors aren’t usually aware of.

“It’s hard not to get frustrated with them,” Julia continues. “But the responsibility also rests on midwives for perpetuating these adversarial relationships … We know we have valuable information and a relationship with that mom. When we walk in there as midwives who have a chip on our shoulder, with a defensive posture, doctors perceive us being unwilling to cooperate.”

Guðrún Eggertsdóttir, the head midwife of the labor ward at Landspítali, the largest hospital in Reykjavik, Iceland, tells me that when a homebirth mom transfers to their hospital she is welcomed warmly.

The birth professionals (the vast majority of whom are nurse midwives) at Landspítali don’t scold a mom for wanting a home birth.

Instead, they are glad to see her so they can help her have a safe and healthy delivery.

A transfer to the hospital is NOT a failure

This positive attitude towards home birth makes so much sense. A baby whose mom wanted to birth at home but comes to the hospital to deliver instead should not be seen as “a failed home birth,” but a safe delivery.

When a mom, like Kristina Delores Adkins, a healthy 35-year-old who died in Coral Springs, Florida, from “complications during childbirth,” dies in the hospital the cause of death is not listed as “hospital birth.”

Even when a mom dies from a C-section birth (cesarean births account for the vast majority of hospital childbirth deaths), we don’t question the mom’s choice to have her baby in the hospital.

Despite the fact that every year over 68,000 women have “near miss” experiences during hospital childbirth—complications so serious they almost die—we don’t berate women for being stupid for choosing a hospital birth.

No excuse for substandard care

Even when obstetricians hate homebirth midwives, that is not an excuse for them to provide sub-standard care.

Birth should be a joyous, safe, and fun experience, whether a woman is birthing at home or in the hospital.

This is the 21st century.

We live in America, a country that prides itself on freedom and tolerance.

It’s time for doctors and midwives to start talking and listening to each other. And to listen the birthing women in their care.

It’s time for all of us to set aside our prejudices and help women, their partners, and their babies. That way every mama can have the birth she wants.

This mom had her baby in the bathtub, unassisted
How much baby Tylenol is safe?
A doctor’s thoughts on home birth

« Book Publicity 2.0: Why I’m on a Book Tour in Cyberspace
13 Reasons Why the CDC is Right and You Should Vaccinate Your Kids »