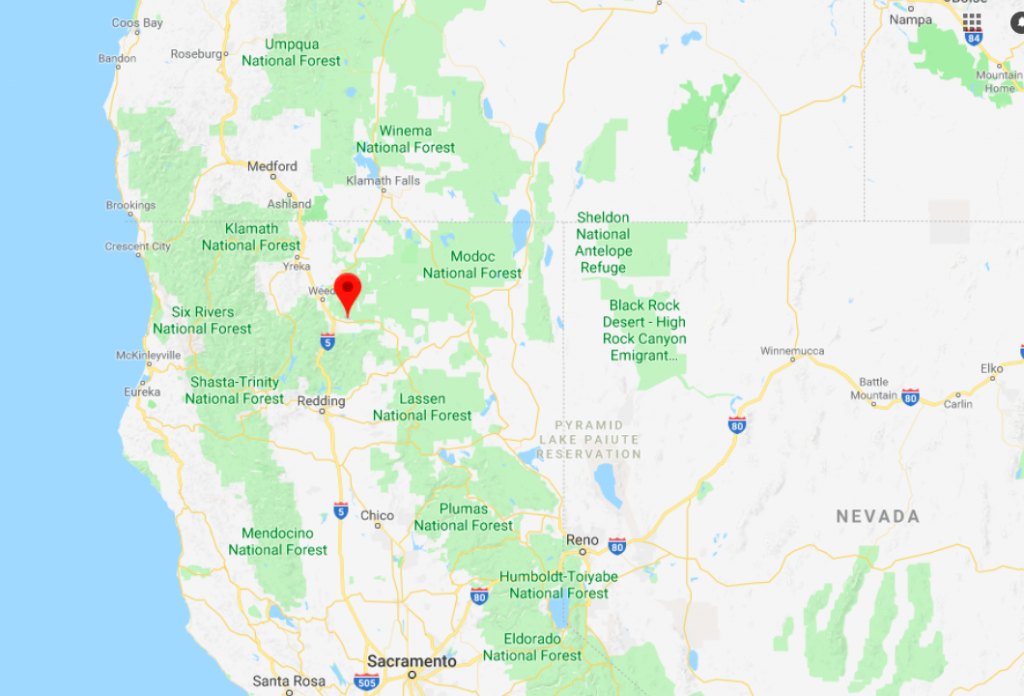 I’m working on a travel story about McCloud, California and I spent Thursday through Saturday in McCloud. About 10 miles from Mt Shasta, McCloud is a former company-owned mill town.

The company used to control the electricity (and shut all the power off to the town around 11 p.m., creating a new definition of “lights out”) and decide the color of paint for your house.

After the McCloud Lumber Company (apparently referred to as “Mother McCloud”) closed in 1965, a series of other companies have kept the mill partially operational.

But now California Cedar has outsourced its business to Malaysia and the mill buildings are empty.

The town is in the process of reinventing itself and some entrepreneurs have moved in from elsewhere in California and opened new businesses downtown. It’s a fascinating place and a town in transition that doesn’t know exactly where it’s heading.

5 other things to know about McCloud, California:

1. It’s important to wave to people and act friendly, even if you don’t know them. The tourists from elsewhere in California make the mistake of being unfriendly and they inadvertently hurt townspeople’s feelings. Think waving. Think eye contact. Think saying good morning.

2. The town is so small (probably less than 1,400 people. New census data is eagerly awaited) and everyone knows everyone else’s business. “We’re like one big family,” one resident told me, replete with sibling rivalry, tattle telling, and touchy feely waving and all.

3. McCloud is the closest access point to the Mt Shasta ski resort and the hiking trails. It attracts thousands of tourists looking for outdoor recreation each year.

4. Mt Shasta, known to some as “The Girl,” is visible from almost every street in McCloud. Locals gauge their moods and the state of the world by The Girl and stop to look at her, and comment on her, many times a day.

5. It gets cold in the winter in McCloud but the sky is usually bright, unlike coastal California. One new arrival uses this as the explanation for why people from the California Coast are choosing to settle in McCloud.

Looking for interesting towns in northern California to visit? Check out my New York Times article on Redding. Here’s an excerpt from the finished article on McCloud, California.