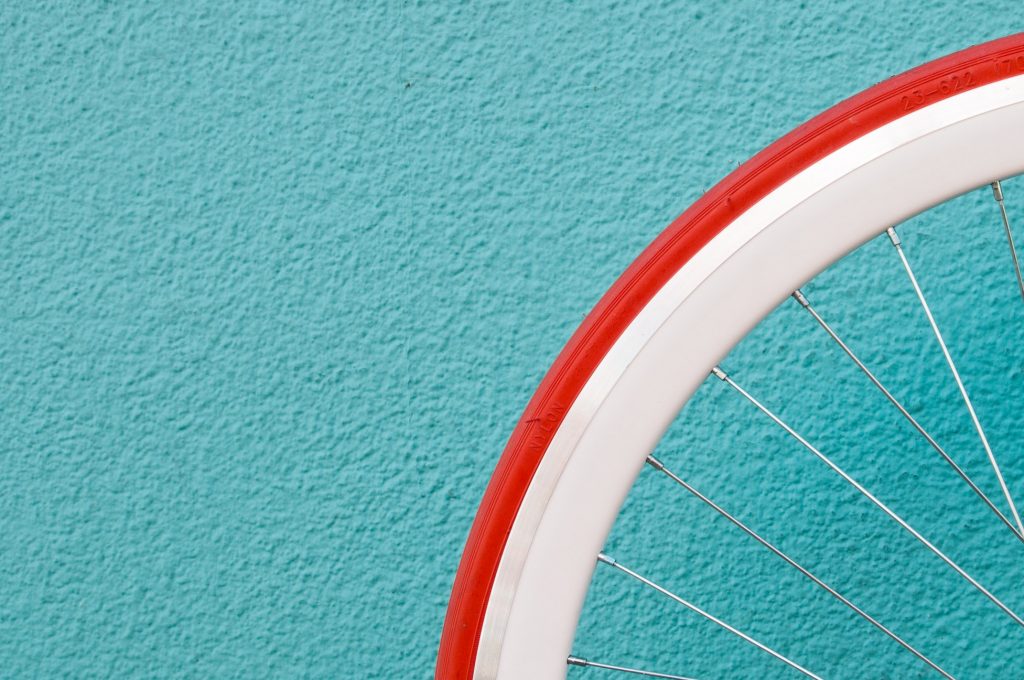 A child’s bike is stolen. His mom turns her anger into an essay for NPR. Writing for NPR can be very rewarding. Photo courtesy of Alessandra Caretto.

Writing for NPR: Advice for writers

My friend Anjie sent me a link to her excellent radio commentary, “That Bike.” After I listened to it, I clicked over to the submission guidelines, which are surprisingly friendly and encouraging. Prospective writers are welcome to call the editor and the editor tries to respond to submissions promptly.

I asked Anjie more about her experience writing for radio. Here’s what she had to say about writing for NPR:

JM: How did you get the idea to do some writing for NPR in the form of a “Perspectives” piece and why did you decide to write about Dane’s bicycle?

AR: I’d moved to the Bay Area in 2005. I listened to KQED (NPR’s San Francisco affiliate) every day. I loved the daily 2-minute Perspectives pieces that offered a range of topics, ideas, and voices from the region.

As an aspiring writer, I made it a goal to read one myself on air within the year. (I came close.)

I had no idea what I’d write about, but waited for a subject to present itself.

I journal daily, and ‘That Bike’ started as a rant the morning I discovered my son’s bike had been stolen.

It started out as a very sincere reflection on how mad I was that his bike was stolen from our apartment garage.

However, I kept pushing myself to reflect on what was really upsetting me, and it turned into more of a tribute to a first bike and its important legacy.

KQED tagged it as ‘Anjie Reynolds’ young son grows up on a bike.’

JM: Is it different to be writing for NPR, for a radio audience, than for a print audience?

AR: I’m not sure. Both pieces I’ve had on KQED were written for print first.

‘That Bike’ was initially written for a local Marin blogsite.

When I got a lot of positive comments on it, I knew I wanted to whittle it down to the 375 word limit KQED required for Perspectives and submit it.

KQED has two goals for the pieces they air: the piece should be fairly specific to the Bay Area and it should tell a meaningful story.

I kept those in mind as I revised it, focusing on place and sensory details—and I read it out loud just to see how different turns of phrase came off the lips.

(Honestly, though, I always read everything out loud.)

JM: Did you go into a local studio to record your essay?

AR: I went to KQED in downtown San Francisco and recorded in their studio. ‘Howie the Sound Guy’ met with me and reminded me the hard part was over.

My piece had been accepted and all I had to do now was read the piece for him.

He said we could take as many takes as we needed.

I sat at a big table with a microphone in front of me and some equipment off to the side that I steered clear of.

I put on the headphones and was amazed that I could hear every little bit of air that came from my mouth.

Even licking my lips sounded loud.

On the other side of the glass, Howie encouraged me to be as expressive as possible and he told me to start when I was ready.

He sat at a computer and monitored time and sound levels.

It turns out we did it in one take—I think I’d been so nervous and excited that I was super-prepared.

I hit two minutes on the nose and read without stumbling. Howie played it back for me and gave it the thumbs up.

Then we talked about our kids and bikes.

JM: What was it like to read something you had written on the radio? Do you like public speaking?

AR: I loved reading on the radio.

I just thought of it as me reading something to Howie.

I learned later that KQED reaches about 925,000 listeners a month and was glad I didn’t have to see them when I read.

I don’t mind public speaking—I’ve taught for years, as an Alaska tour guide, a college instructor, a pre-school teacher—but I really love just having to read something.

Specific words are underlined for emphasis, you don’t have to try to pull anything from memory. Super fine.

JM: Tell me about the other radio piece you did and how that lead to testifying in the Senate?

AR: The second piece I did was called ‘Emergency‘ and in it I related the life-threatening experience my daughter had with a mysterious medical condition.

We were covered by Medi-Cal, because we qualified for it while my husband was in dental school and I had a small income working part-time. The piece stemmed from an enormous gratitude I felt to our government and to my daughter’s doctors.

In it, I reflect on how I was allowed to have no worries whatsoever about money, and how I could just count on my daughter getting the best care she could get.

I realized I believe all children (and their parents) deserve that.

Oddly enough, the night before my daughter’s first trip to the ER, I met Joan Blades at a writing salon.

She shared about her book/PBS video, The Motherhood Manifesto, and her website advocating change in a number of arenas, including healthcare.

After my daughter recovered, I sat down to journal about the experience.

Again, it ended up as a blog for the Marin website and got numerous comments.

So I did, and, in turn, they asked me to work with them, The Children’s Defense Fund, Children Now and the 100% Campaign.

They wanted me to testify in Sacramento before the Senate Budget Subcommittee, as Gov. Arnold Schwarzenegger was proposing huge Medi-Cal budget cuts that would mean millions of kids in California would no longer have healthcare coverage.

This about broke my heart.

So, I testified in a huge hearing room with a giant mural of California icons looming large, reading ‘Emergency’ for some senators and the press with my kids at my side.

I also attended a media event at the California capitol a month later, along with analysts from other states (like Washington) where such cuts were proven to actually cost more than keeping them, and endanger more lives.

Unfortunately, the poor still took the brunt of the governor’s proposed budget cuts this year.

JM: Do you have advice for writers who want to submit something to NPR but are too shy to do so?

AR: Well, I’m still a shy writer myself most of the time.

But when I get over that, I remind myself to look at what someone wants, see if I have it, and give it my best shot in terms of submitting it.

I’m currently waiting to hear back from a couple literary mags about a poem and an essay I’ve submitted.

As far as NPR is concerned, check out the local affiliate’s website and see if their submission guidelines are up your alley.

If you’ve listened to the segments and understand what they might be looking for, then just go for it.

Anjie Seewer Reynolds has done writing for NPR and many other outlets. Photo courtesy of Alessandra Caretto.

JM: How old is Dane now and how old are you? What are you working on currently? Any commentaries in the works?

I’m not currently writing for NPR but I still journal daily, looking for ideas in my notes that can become essays or poems or commentaries. Lately I’ve been writing about climbing trees and what music feels like.

I’m also working on a novel—and I think I’ve got about 15 years left on that at the pace I’m going.

About Anjie Seewer Reynolds: In addition to writing for NPR, Anjie Seewer Reynolds has been published in The Christian Science Monitor, The Sun, The Writer’s Workshop Review, and the Dos Passos Review, among others. Her essays have also aired on KQED, San Francisco’s NPR affiliate. She is the recipient of an Oregon Literary Arts Fellowship and lives in Ashland, Oregon. This interview was first published on November 4, 2008 when Dane was 8 years old. He just graduated from high school and will be off to college in the fall.

« An Exclusive Interview with Frugal Kiwi
Breastfeeding Past Three »