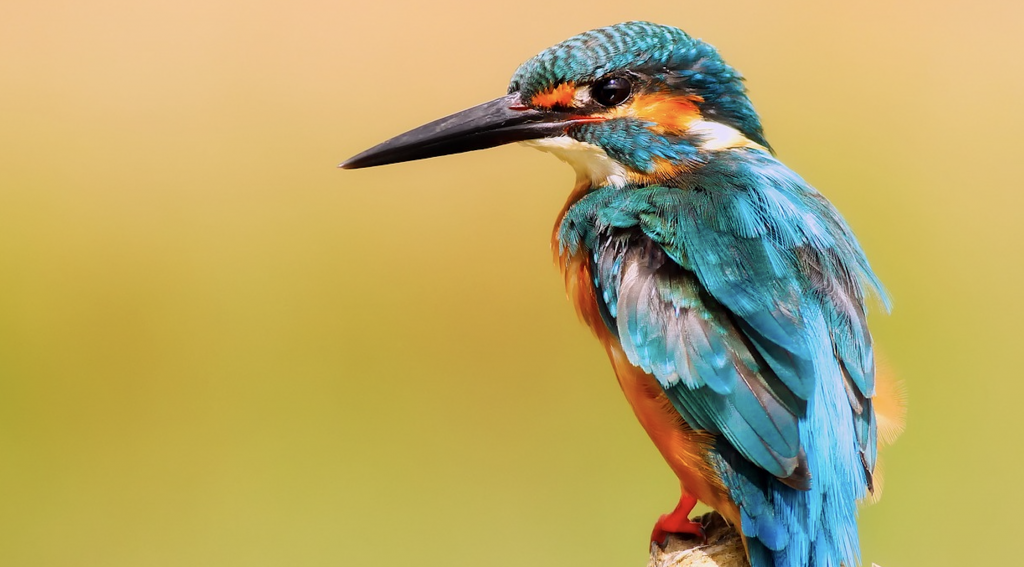 You think your instincts are right. But what if they’re wrong? A new book explains why you can’t always trust your gut.

I didn’t mean to read it.

Not last week anyway, when I was still in the middle of Jane Austen’s Emma and spending every other spare moment trying to puzzle my way through the work of a famous and well-respected neurologist who has a hypothesis about the mechanism of how ultrasound waves can trigger brain damage that may change modern obstetrics as we know it. 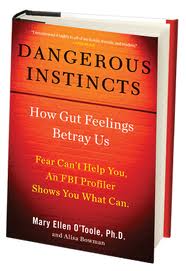 But I ordered Mary Ellen O’Toole and Alisa Bowman’s, Dangerous Instincts: How Gut Feelings Betray Us. Fear Can’t Help You. An FBI Profiler Shows You What Can, from our local bookstore, because co-author Alisa Bowman, who has been a guest on this blog, is both a colleague and a friend.

Then I read the first page.

Then I read the second page.

And then I couldn’t put it down.

This book is one of the most terrifying I’ve ever read.

But it’s full of so much important, useful information that I think it should be mandatory for every high school senior in the country, every young woman thinking about marriage, and every person in a position of hiring help, recruiting employees, and making important decisions.

I gushed to my brother, a criminal defense lawyer in New York City, my friend Leslie Becknell Marx, who used to be the minister at the Unitarian Universalist Congregation in Ashland, and my daughters friend’s dad, a chemist who got had by a con man who infiltrated his software company, that they all need to read this book.

Don’t trust your instincts or your gut, if it means ignoring logic and best evidence

After two decades of experience working for the FBI, Mary Ellen O’Toole has seen people make the same mistake over and over again: You trust your instincts over logic or best evidence, sometimes with devastating outcomes.

Like a woman O’Toole calls Paula, who started visiting a man serving a long prison sentence for serial sexual assault.

If that seems strange to you, it shouldn’t.

I have a friend whose boyfriend went to jail while she was dating him for a crime he was guilty of.

She kept dating him. I even went with her once to visit him. O’Toole and Bowman say women frequently meet and date men who are serving time.

In any case, once this man was paroled, he and Paula kept dating and soon married.

“Not much later there were allegations of sexual molestation involving one of the girls,” O’Toole and Bowman write. “Then, a short time later, one of the girls went missing. Dave eventually confessed to the murder.”

Don’t be too hasty to judge Paula.

She was a bright, educated person. You trust your instincts. So did she.

Though what happened to her family as a result of poor judgment was tragic (this story will probably haunt me for the rest of my life and I haven’t had the heart to tell my husband about it, for fear it’s too upsetting), Paula was not stupid.

She, like so many other parents, “just didn’t know how to tell if someone posed a threat to them or their families. I’ve seen people make the same kinds of mistakes so many times. They misread others, ignore dangerous behaviors, normalize those behaviors, and delude themselves into believing that dangerous people will automatically stop being dangerous without any kind of intervention.”

There’s so much to learn from this book.

Here are the three most important take-home messages about what to do when you can’t trust your instincts:

1) A dangerous person doesn’t necessarily look dangerous: Recently someone from my on-line mamas’ group sent out an urgent message: she saw a woman taking care of children at a daycare who she knows has a history of hurting children. In our small “safe” town. Apparently the caregiver got off on a technicality but several families have had direct experiences with her behaving inappropriately with their children. How could a woman who hurts children be again in a position of caring for children? Time and again O’Toole heard victims say, “But he seemed like such a nice guy.” Time and again she found that horrific behavior was going on in a neighborhood just like yours or mine but neighbors normalized the strange behavior. We think we can “read” who is bad and who is not. But we are often wrong.

2) You have to ask the right questions and really listen to the answers before allowing someone into your home: O’Toole and Bowman point out that people spend more time researching the car they want to buy than they do checking on who they will allow into their houses. Does this mean you should be paranoid and think every clean cut person is out to con you? Of course not. But you DO need to do a simple background check to make sure the man you are thinking of hiring to remodel your bathroom is not a registered sex offender (and if he is, you need to find out why. If he once had a relationship with a 15-year-old when he was 18 and her parents were furious, you can still hire him without concern).

3) When people are evasive in response to a direct question, that should raise a red flag: As someone who interviews people every day about their lives, their work, and their ideas, I think I knew this one intuitively but have never been able to articulate it. When I was writing a long article about diapers for Mothering magazine I interviewed the owner of a hybrid diaper company. The company advertises their diapers as “flushable.”

“Have there ever been any problems with flushing them?” I asked.

“In Australia they’ve been using the same technology for years with no complaints,” was her answer.

This is just the kind of evasive answer that O’Toole and Bowman say you should look out for. Note that she didn’t answer the question. Note that she changed the subject to Australia. I wasn’t asking about Australia! Soon afterwards I found out that a study conducted in Washington state tested the diapers in the sewage system and uncovered that when the superabsorbent polymer in the so-called flushable diapers filled with water it ballooned to the size of a soccer ball and got stuck in the sewer system!

She had something to hide. And her evasive answer to my direct question was the tip off.

Dangerous Instincts isn’t just about FBI profiling. It’s about every day people skills, how to become a good listener, how to communicate better, why you shouldn’t always trust your instincts, and how to correctly suss out situations where you might otherwise get had.

You don’t have to worry unnecessarily—the average person has only a 1 in 8 million chance of opening the door to a serial killer. But you do have to be on your guard. And you can’t always trust your instincts.

See why I couldn’t stop reading?