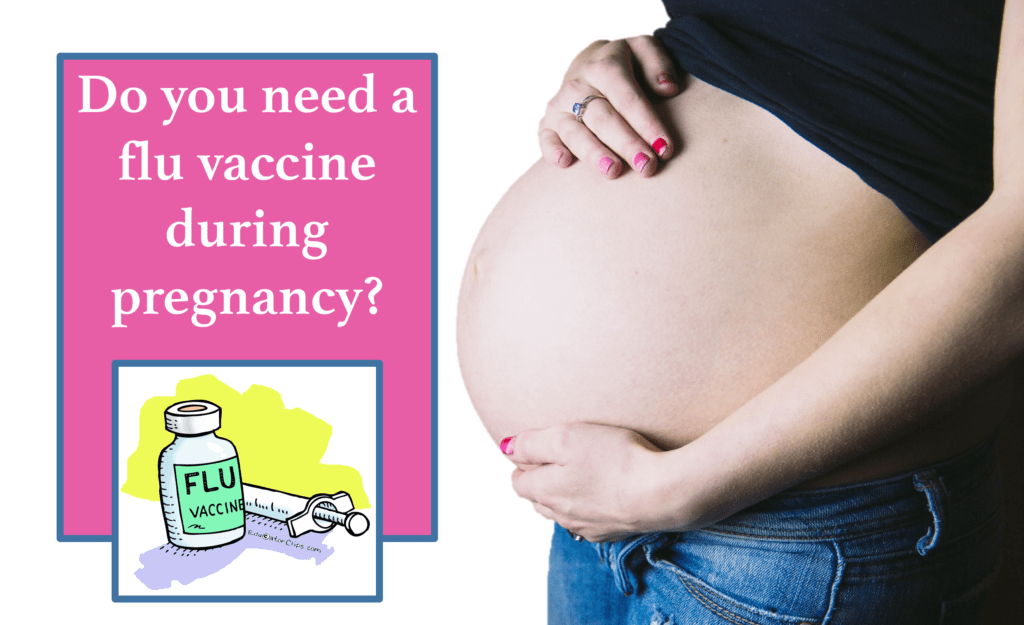 The flu vaccine during pregnancy, yay or nay?

But is the flu vaccine during pregnancy really the best, safest, and most scientific choice?

Cindy Schneider, M.D., is a gynecologist based in Phoenix, Arizona. She earned a Bachelor’s degree in Biology from the University of Illinois. After college she went on to do both medical school and residency in obstetrics and gynecology at the University of Illinois College of Medicine. Then she practiced obstetrics and gynecology from 1990-1998. Today Schneider is the medical director of the Center for Autism Research and Education.

An internationally recognized expert in treating the immune, gastrointestinal, and metabolic disorders that co-occur with autism and in identifying the environmental toxins contributing to the autism epidemic, Schneider has designed and implemented multiple research studies and collaborated with researchers worldwide.

She is uniquely qualified to answer the question: Should you get the flu vaccine during pregnancy?

Which is why I’m delighted Dr. Schneider has generously agreed to let us reprint her essay.

First do no harm, the philosophy attributed to Hippocrates, is taught to every medical student in the country. A doctor has two objectives at all times: The obvious objective is to heal, but the overruling objective, before all others, is to do no harm.

All interventions carry some risk, and we often accept these risks. A patient with cancer may willingly undergo chemotherapy with full knowledge that there will be serious, even potentially life-threatening, side effects.

When the risk of doing nothing is quite high, the risk of any given intervention may be justifiable.

But the burden of proof of safety should be far greater for interventions designed to prevent illness, rather than treat it.

Vaccinations are such an example.

Vaccines are given to healthy individuals in the hope that they will provide protection against infection. But hope is not science. Let’s explore the science.

In the case of the flu vaccine during pregnancy, there are two people to consider: the mom and the baby. If recommended, an influenza vaccine must be safe for both a mother and her unborn child. Many physicians and researchers question this purported safety.

In the later stages of pregnancy, the growing baby occupies space normally available for a mother’s diaphragm to expand. This can lead to shortness of breath, even under normal conditions. Because of this physiological change, pregnant women who contract influenza are at greater risk of breathing difficulties and hospitalization than women who contract influenza but are not pregnant.

Given this observation, the Centers for Disease Control and Prevention (CDC) began recommending the administration of influenza vaccines to pregnant women in 2004. Because a mother’s antibodies freely cross the placenta, it was thought that some degree of protection might be provided to her baby as well.

The safety and efficacy of flu vaccination during pregnancy are in question, however.

In a study published in the May 2014 issue of the British Medical Journal, Giuseppe Traversa and a team of Italian researchers assessed maternal, fetal, and neonatal outcomes of women given the influenza A/H1N1 vaccine.

The outcomes of over 86,000 pregnancies revealed that vaccinated women had significantly higher rates of gestational diabetes and eclampsia. Eclampsia is the development of seizures in a woman with severe toxemia (also known as pre-eclampsia), a condition characterized by high blood pressure and protein loss in the urine.

Eclampsia is fatal in 2% of women and can result in long-term health problems in those who survive. Fetal complications, including neurological damage and death, are common.

Both gestational diabetes and eclampsia are related to inflammation and immune dysregulation, making the connection to the immune stimulation of the flu vaccine very plausible.

Does the flu vaccine during pregnancy cause inflammation?

There has been surprisingly little research in this area, but a peer-reviewed study by Lisa M. Christian, Ph.D. and a team of researchers at Ohio State University following pregnant women given a seasonal flu vaccine found an increase in two inflammatory markers:

Increases in these inflammatory compounds indicate a significant level of inflammation, which was identified during the first two days following vaccination.

This increase of inflammation was confirmed in another study published in May 2014 that documented a higher level of post-vaccine immune activation in pregnant women than in non-pregnant controls receiving flu vaccines.

An earlier study by Lisa Christian, Ph.D. and her colleagues found that pregnant women suffering from depression developed a more marked inflammatory response to influenza vaccines than women who did not have symptoms of depression.

There is reason to be concerned about these findings.

A 2013 study by Alan Brown, M.D. and his colleagues of over 1.2 million pregnant women found that elevations in CRP, the same marker of inflammation that increases after flu vaccination, are associated with a 43% greater risk of having a child with autism.

Millions of women who are pregnant or hoping to become pregnant in the near future now face the annual decision of whether or not to receive a flu shot.

This is not a decision that should be made without careful consideration of the new data available.

While intended to protect pregnant women and their babies, influenza vaccines may inadvertently be doing more harm than good.

Mercury in the flu vaccine

In addition to the unwanted inflammatory and immune-stimulating effects of flu vaccines, there are many concerns about their formulation. Mercury, a potent neurotoxin, is found in the preservative thimerosal, which is 49.6% ethylmercury by weight.

Because the FDA recommended the immediate reduction or elimination of mercury in infant vaccines in 1999 and the 2001 Institute of Medicine report on thimerosal recommended “full consideration be given by appropriate professional societies and government agencies to removing thimerosal from vaccines administered to infants, children, and pregnant women in the Unites States,” many people, including physicians, are under the impression that all vaccines are now mercury free.

As you may know, that is NOT the case.

Mercury is a fat-soluble toxin that easily crosses the placenta and accumulates in fetal tissue.

For reasons that are not yet clear, fetal mercury levels become even higher than maternal levels. The effects of mercury on brain development can be devastating.

In spite of these known facts, thimerosal-containing flu vaccines are routinely given to pregnant women. The mercury content of these flu shots is 250 times higher than the level the EPA classifies as hazardous waste. Unused mercury-containing flu vaccines must be disposed of as hazardous waste, yet they are approved for use in pregnant women and infants.

We are currently being bombarded by reminders to get our annual flu shot. Pharmacies, grocery stores, and news reports would lead us to believe that everyone needs one.

Obstetricians are routinely recommending them to their patients, as advised by the CDC and their medical organizations, but they are likely unaware of the research findings reviewed above.

It is also unlikely that your doctor knows that one of the largest trials of influenza efficacy in pregnancy to date, following nearly 50,000 pregnant women over five flu seasons, found that the rate of influenza-like illness in vaccinated women was identical to the rate of illness in women who were not vaccinated. (Source: Steven B. Black, MD, et al., “Effectiveness of Influenza Vaccine during Pregnancy in Preventing Hospitalizations and Outpatient Visits for Respiratory Illness in Pregnant Women and Their Infants,” American Journal of Perinatology 21, no. 6 (August 2004): 333–339.)

Another study found that incidents of influenza among infants whose mothers have been vaccinated are as high as among infants of unvaccinated mothers, leading researchers to conclude: “We were unable to demonstrate that maternal influenza vaccination reduces respiratory illness visit rates among their infants.”

I completed my obstetrics and gynecology residency in 1990. At the time, we were taught that vaccines should never be given during pregnancy, as pregnant women are in a delicate state of immunosuppression. A pregnant woman’s immune system must remain partially suppressed to prevent the rejection of her baby, who carries proteins coded by paternal genes. We were told that any immune stimulation could tip the scales, allowing a mother’s immune system to recognize fetal tissue as foreign and mount an immune response against it. This phenomenon has been documented by Braunschweig, Zimmerman, Pirasa, and other researchers in a percentage of mothers whose children developed autism.

Many women question the wisdom of flu vaccination during pregnancy, but are unable to articulate their concerns during prenatal visits.

I am a former obstetrician who has spent nearly 30 now years protecting women and children from environmental toxins and over 20 years studying the potential causes of the autism epidemic. Allow me to be the bridge between you and your doctor, family members, or friends who question your decision not to get vaccinated while pregnant.

I have included a list of references cited for your doctors or other health care providers to review. I encourage you to print this article and bring it to your doctor’s office. Please help us educate both physicians and the general public by sharing this information by email, Facebook, and printed copies.

As a physician, researcher, and mother of two adults with autism, I have studied this subject extensively. In the face of so much evidence of risk and an unconvincing promise of benefit, I cannot recommend the flu vaccine during pregnancy. 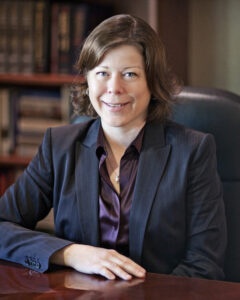 About the author: Cindy Schneider, M.D., is the medical director of the Center for Autism Research and Education. She is has published over 20 peer-reviewed research papers about genetic vulnerability to environmental toxins and other autism-related topics. Dr. Schneider serves on the faculty at the Medical Academy of Pediatric Special Needs and is a Medical Advisor to SafeMinds, TACA, and the Healthy U Now Foundation.

Related articles:
7 Reasons Why Child Vaccines Are the Best Parenting Choice
13 Reasons Why the CDC is Right and You Should Vaccinate Your Kid
Vaccinate With Confidence: The CDC’s New Campaign

« The Case Against Lockdowns
COVID-19 and Tylenol: Is Acetaminophen Safe? »