Post something about getting high or cannabis on Facebook and a lot of angry people you haven’t heard from in a l-o-n-g time suddenly have a lot to say.

For some cannabis is a miracle medicine, a panacea to cure all ills. For others, it’s a leafy devil in a green dress.

Warning: you may need to go on a week-long detox after you read through the angry and adamant comments. People get very intransigent when it comes to cannabis.

For an article I wrote for Jefferson Public Radio, I interviewed a criminal defense lawyer who absolutely hates cannabis. This lawyer believes cannabis, and other drugs, is responsible for much of what is bad in this world. The lawyer told me that cannabis use has been involved in many of the violent crimes their clients commit.

I also interviewed a middle-aged mama struggling with several of her own health problems as well as with the health challenges of her special needs child.

One of her worst symptoms was insomnia. Every remedy she tried to help her sleep failed. She was utterly exhausted and completely falling apart.

Until she tried cannabis.

“It was the first time I slept really well in years,” she told me. “I woke up the next day, and it was like heaven … It was incredible. I started to look forward to being able to sleep.”

So many people feel so strongly: Pro cannabis or anti cannabis. It’s a wonder drug or it’s the leaf of evil.

But like most things in life, the truth about cannabis probably lies somewhere in between.

So what does a nuanced approach to cannabis use look like? 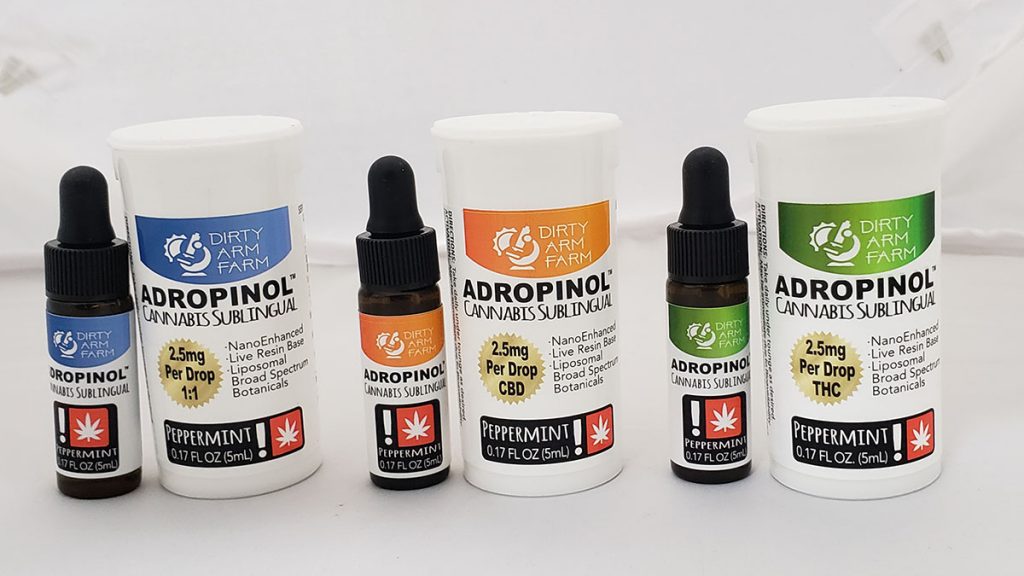 Cannabis: separating the hype from the health

For all its uses and proponents, cannabis is a surprisingly complicated plant that’s actually not very well understood.

“When it comes to cannabis, I always talk about confirmation bias,” says Matt Vogel, a professional health educator and adjunct instructor at Southern Oregon University. “People really seek out the information they already believe and that they want to hear.”

Vogel speaks to groups around the country. His experience tells him there’s more bias and emotion surrounding this substance than almost any other.

“Sometimes it’s really tricky to get into a rational conversation about it,” Vogel admits.

Vogel explains to me that when you smoke or eat cannabis, it’s the resin-secreting flowers of the female plant that contain the highest concentration of the bioactive substance that makes you feel “stoned” or “high.”

This substance, delta-9-tetrahydrocannabinol, is better known as THC.

You probably knew that already.

But what you may not know is that THC is just one of the many cannabinoids that have now been identified, and one of several known to be psychoactive. 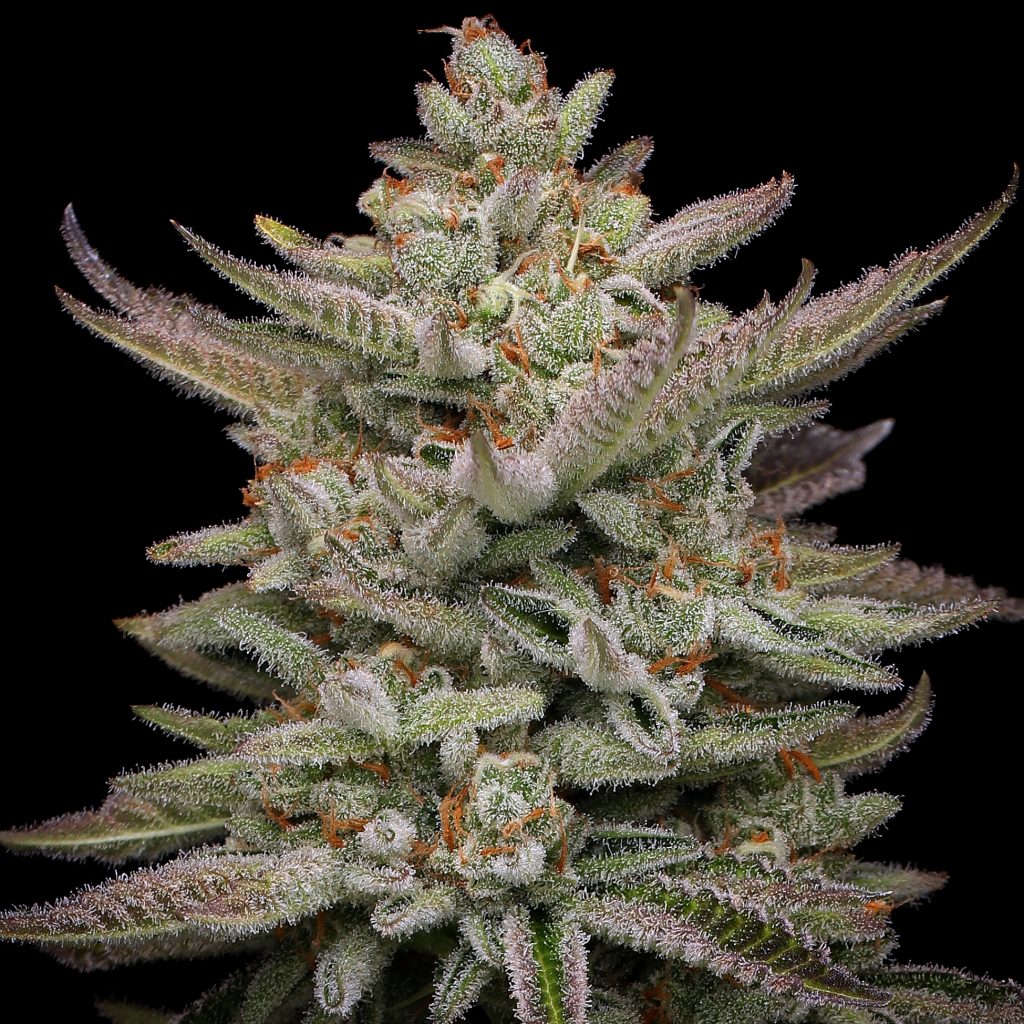 These are compounds that are similar to the endocannabinoids naturally produced in our bodies. The human body’s innate “endocannabinoid system” is involved in many aspects of establishing and maintaining health.

Your endocannabinoid system, according to an international team of researchers from Vermont, Great Britain, and Italy, writing in the science journal PLoS One, helps you think, fight diseases, feel less pain, eat, sleep, and relax.

So when you consume cannabis, the cannabinoids in the plant itself are thought to attach themselves to the innate cannabinoid receptors on cells throughout your body and to help with these processes.

Cannabis plants contain over 100 cannabinoids that have been identified that can affect different receptors, and new cannabinoids are being discovered all the time.

So, it’s biologically plausible and makes sense scientifically that cannabis may offer a range of health benefits.

As cannabis use becomes more normalized, scientists and researchers will learn more. The hype from the hot air will become more distinct.

Just this week a research review was published in the Lancet analyzing the existing scientific data about whether cannabis use can improve mental health or lessen anxiety.

The researchers conclude that there’s not enough evidence one way or the other.

There is scarce evidence to suggest that cannabinoids improve depressive disorders and symptoms, anxiety disorders, attention-deficit hyperactivity disorder, Tourette syndrome, post-traumatic stress disorder, or psychosis. There is very low quality evidence that pharmaceutical THC (with or without CBD) leads to a small improvement in symptoms of anxiety among individuals with other medical conditions. There remains insufficient evidence to provide guidance on the use of cannabinoids for treating mental disorders within a regulatory framework. Further high-quality studies directly examining the effect of cannabinoids on treating mental disorders are needed.

Cannabis has been helpful for some in:

Cannabis can also be harmful. Potential downsides to cannabis use include:

Whether you love it or hate it, responsible growers and health care professionals seem to agree that the more high-quality ingredients used in making cannabis tinctures and preparations, the more likely they are to have benefits.

Dirty Arm Farm tests all its products for fungicides and pesticides, as well as for potency. They also use fresh cannabis (which they then freeze) to make their tinctures and other products. They think using a fresh-frozen technique and using the whole plant make a big difference.

“It’s like fresh fruit versus dry fruit,” Jamie Syken explains to me when I interview him for the Jefferson Journal. “By processing it fresh-frozen you’re giving people as much of a full spectrum effect as possible.”

The Sykens caution against buying CBD or THC products that are made from an isolate instead of a full spectrum of cannabinoids.

They say that inferior products made from old and degraded plant material, whether cannabis or hemp, are unlikely to be medically helpful.

“You want the cannabis with the ‘entourage effect,’ which means you have all the cannabinoids that that plant produced, as well as all the terpenes … and [the thousands of] unidentified chemicals in the product,” Jamie says.

“All that is gone when you make an isolate. You’re literally left with a white powder. All the medical miracles we’ve been hearing about … are from medical marijuana, not isolates. Not the Diet Cannabis that they’re pushing now.”

So where does all this information leave us?

What can we know for sure about cannabis?

I work with a medical doctor based in Portland. Dr. Paul Thomas and I co-wrote a book about addiction, which also includes a chapter on cannabis.

Here’s what we know for sure:

Remember that bumper sticker from the 80s: Minds are like parachutes, they only function when open? Keep an open mind. As the science advances so does our awareness of the benefits and harms of cannabis.

We live in a warp-speed world. Most of us are too busy to have time, patience, or humility for nuance.

But I’m partial to a science-forward approach. The number of participants in your scientific study can be one. N = 1. That’s you. And while looking at the research is important, how cannabis helps or hurts you is what matters most.

After all, it is the gray areas in the cannabis research that might have the most profound effect on our grey matter.

Author’s Note: This article is adapted from an article I wrote for the Jefferson Journal. To read the entire investigative report, click here.

« How to Make Agave-Sweetened Hardanger Lefse, aka Norwegian Flat Bread
Free Birth, Why This Mom Chose to Birth Her Baby in the Bathtub, Unassisted »