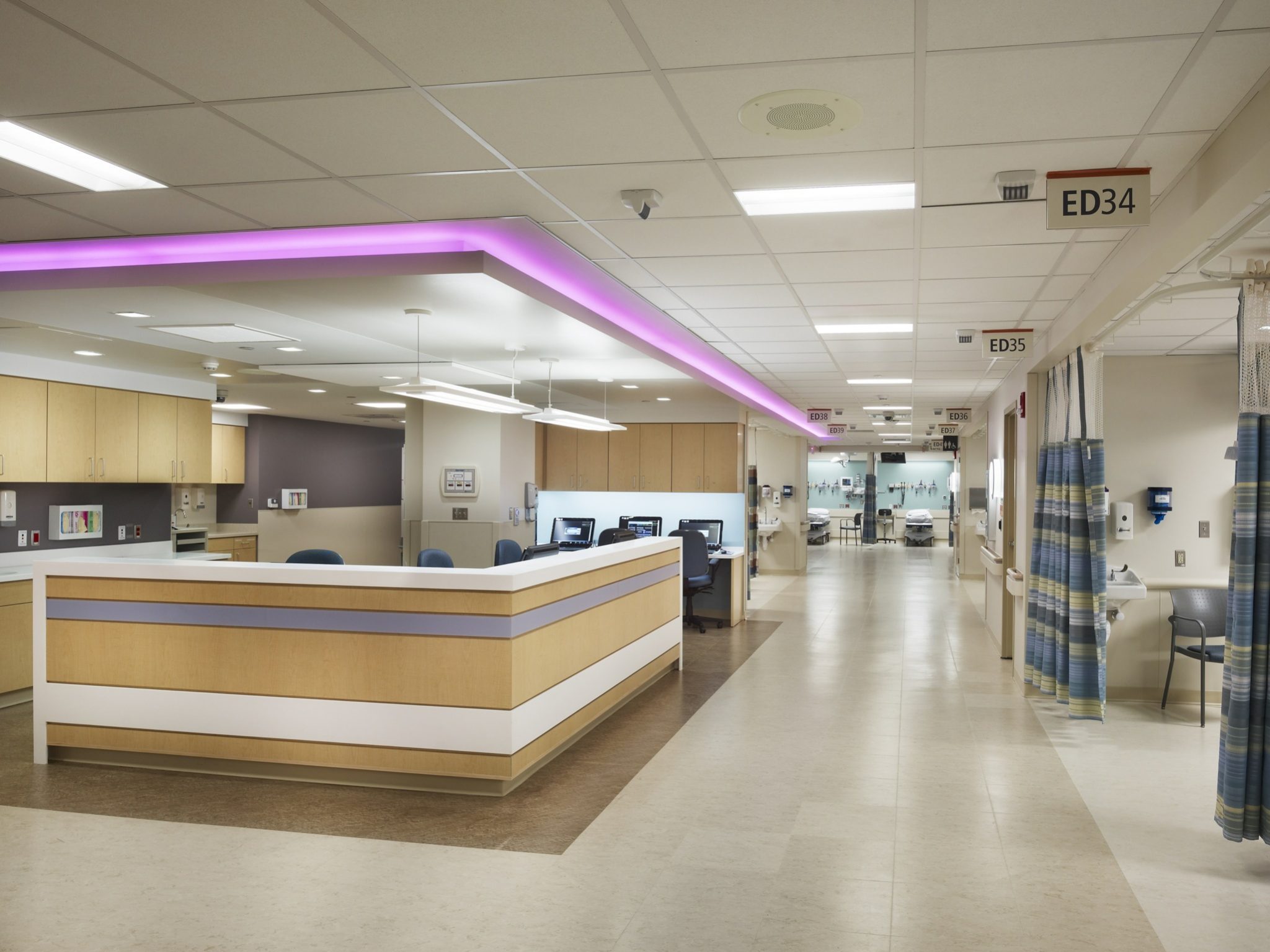 The Emergency Room at St. Joseph’s in New Jersey is integrating alternative health options into their everyday care, including music therapy and therapeutic touch. Photo courtesy of Dr. Mark Rosenberg.

A few days after Heath Belden roasted a chicken for the first time in his life, he fell violently ill. Throwing up every few minutes, he couldn’t even hold water. The then 37-year-old stage manager for the Oregon Shakespeare Festival ended up in the Emergency Room at Ashland Community Hospital where doctors put an IV in his arm to rehydrate him.

Though that was four years ago, Belden and his family have spent a lot of time at Ashland’s ER: His wife Melissa Malm, 45, was treated there for what she thinks was a kidney stone; his 85-year-old mother-in-law has been there three times in the last three years—for impacted stool, a thorn in her foot, and cellulitis—and Belden’s 7-year-old daughter Naomi had to have 16 stitches after a trapeze slammed into her forehead during Circus Camp.

Belden, a quiet man with brown hair and a closely trimmed beard, felt he was treated with respect and kindness at the hospital.

His daughter Naomi, who walks shyly in the door from her tumbling class, had a good experience too.

She got chocolate pudding and animal crackers. 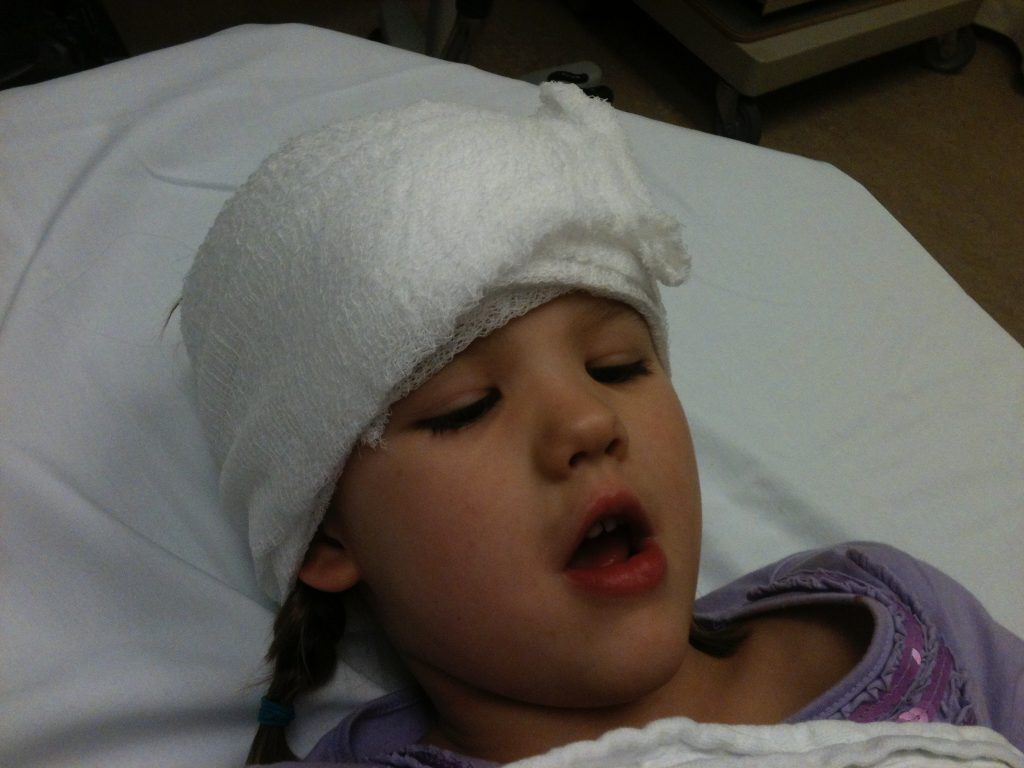 After getting hit in the head with a trapeze, Naomi Malm had to get stitches at the ER. She thinks “heart” music would have helped her heal. Photo courtesy of Melissa Malm.

A hard time at the ER

But when Jessica VanDerslice, a 24-year-old single mom who runs two businesses out of her home, started hemorrhaging after a miscarriage last week she had a very different experience at Providence Medford Medical Center in Medford, Oregon. Even though her doctor sent her immediately to the ER for a D&C, VanDerslice sat in the waiting room for over an hour. The ER staff were unable to locate her paperwork or reach her doctor for instructions.

“They finally admitted me after I bled all over their bathroom,” VanDerslice explains in an email. “I sat in the room for seven hours while the nurses pulled blood and ran tests, that had already been done that day by that hospital.”

The doctor who was supposed to perform surgery stalked angrily out of the room—he was furious because the nurses had given VanDerslice water, which was counterindicated for surgery.

A nurse came back later to apologize for his behavior but VanDerslice, already devastated by the miscarriage, felt belittled and ignored. 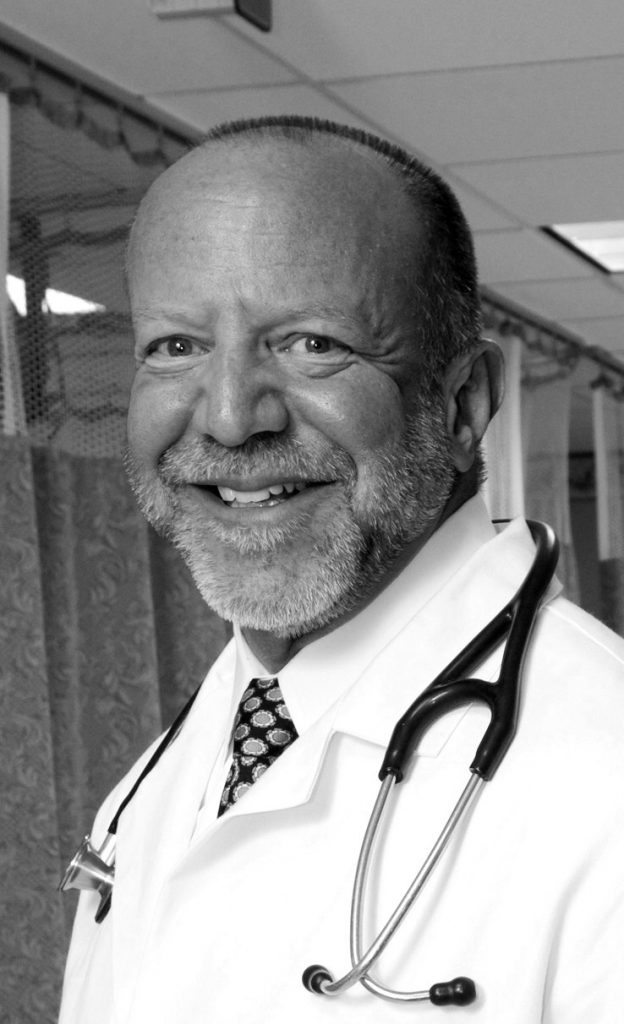 “I couldn’t believe the miscommunications and unprofessional attitude I experienced this time.”

Many of us have had similar experiences: a high level of personalized care at a smaller community-oriented hospital but a much lower level of care at bigger hospitals where staff can barely keep up with the patients coming in.

Now one doctor in New Jersey is trying to change that.

Dr. Mark Rosenberg is a well-spoken man with a confident demeanor who has a lot of titles after his name.

His mission? To improve communication, integrate holistic health techniques into the emergency room, and provide personalized community-like care at even the country’s busiest emergency rooms.

“ER doctors are by the nature of their business taking care of people who have been in car accidents and fires, people in critical condition who need immediate attention right now,” Dr. Mark Rosenberg tells me. “They’re very good at it. But they don’t treat the patient as a person but as an illness or an injury or a disease.”

Though there’s nothing per se wrong with this Western approach to emergency care, Dr. Mark Rosenberg thinks a more human touch—both literally and figuratively—can improve a patient’s immediate outcome, perception of care, and overall health.

“Modern medicine is designed to be curative or symptom management. When you add something holistic that treats the patient as a person, like therapeutic touch or bedside harp, it helps them relax, decreases their pain, and increases their comfort,” Dr. Mark Rosenberg insists.

So if you’re rushed a loved one to the ER at St. Joseph’s Regional Medical Center, chances are there will be a musician playing classical music on a portable harp. For up to six hours a day, during the busiest times, these harpists quietly play music in the background. The addition of what is more formally known as “music therapy” has made a palpable difference in the stress levels—of the ER doctors, at least—who are caring for elderly patients.

“We have a fair amount of anxiety throughout our day,” explains David Adinaro, M.D., 47, chief of emergency medicine. Though Adinaro raised his eyebrows at his colleague’s idea at first, he freely admits to loving the music. “The harp makes us feel more focused and a little calmer. I think the harp players are wonderful,” he says.

Other alternative practices that have been integrated in the geriatric ER at Saint Joseph’s since November 2012 include Pranic Healing, Reiki healing, and therapeutic touch. Though many in Ashland, Oregon—where I live—may be familiar with these terms, I had to research them. Pranic Healing is a no-touch energy work whereby a practitioner purportedly improves your prana (Sanskrit for life force) to help the body repair itself. Therapeutic touch, Dr. Mark Rosenberg tells me, is a fancy way to describe what is essentially a hand massage. When I admit I’m having trouble visualizing how energy healing works, Dr. Mark Rosenberg responds that when a Pranic healer works on him the therapy allows him to sit down, relax, and close his eyes. And that he feels refreshed and ready to tackle more emergencies after just five minutes.

“Maybe it won’t work for everybody,” Rosenberg concedes. “If you think it’s a waste of time, it’s nothing you have to have. But these holistic techniques provide a sense of comfort that brings you back to your core, that makes you feel more like a person, in spite of not feeling well.”

“You just need to try it,” Rosenberg adds.

The Belden-Malm family is not sure whether they would like to see these alternative practices in southern Oregon’s emergency departments.

“May I tell you? I hate harp music. I don’t know why. It just irks me,” Belden’s mother-in-law, who asked me not to use her name, admits.

“I’m very careful about who I include in my personal space,” Heath Belden says. “I fully support the expansion of those kinds of services but personally I would feel weird about accepting them.”

As a massage therapist, Melissa Malm likes the idea of therapeutic touch in the ER though she is not sure she would have wanted any extra interaction when she was in such severe pain. Still, she says, “I am totally in favor of something that puts ER doctors in a better state as they take care of patients.”

“Harp,” her mom tells her. “Would you have liked to have harp music when you were getting stitches?”

A version of this article first appeared in the The Rogue Valley Messenger.

« Art for Art’s Sake Will Make You Healthier
Plastic Nation No More: Rid Your Life of Plastic »