From an ACEP press release that the award deadline has been extended: 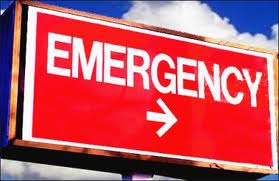 ACEP offers awards for people working in the field of emergency medicine.

The American College of Emergency Physicians (ACEP) recognizes significant contributions made by members of the news media to cover emergency medicine issues and to educate the public about them.

Eligibility: Nominations must be for news stories published or aired within the 2010 calendar year (January 1 – December 31, 2010). The Awards of Excellence program is open to all credentialed journalists. Candidates can self-nominate or be nominated by someone else.

There are no entry fees.

Awards will be presented to print and broadcast news stories that provide:

· In-depth analysis or investigation that brings clarity to a key emergency medicine issue and educates the public.

Awards: Generally, only one winner will be announced in each category. Winners will receive an award and recognition during ACEP’s annual Leadership & Advocacy Conference in Washington, DC, May 22-25, 2011. Winners will be publicized through a press release, and special letters of congratulation will be mailed to each recipient’s organization.

ETA: ACEP has discontinued the award for excellence in journalism. Click here for a list of their current awards.

« What Did I Learn From Being Robbed?
Our Baby Bonding Book for Dads Featured in Today’s Toronto Star »