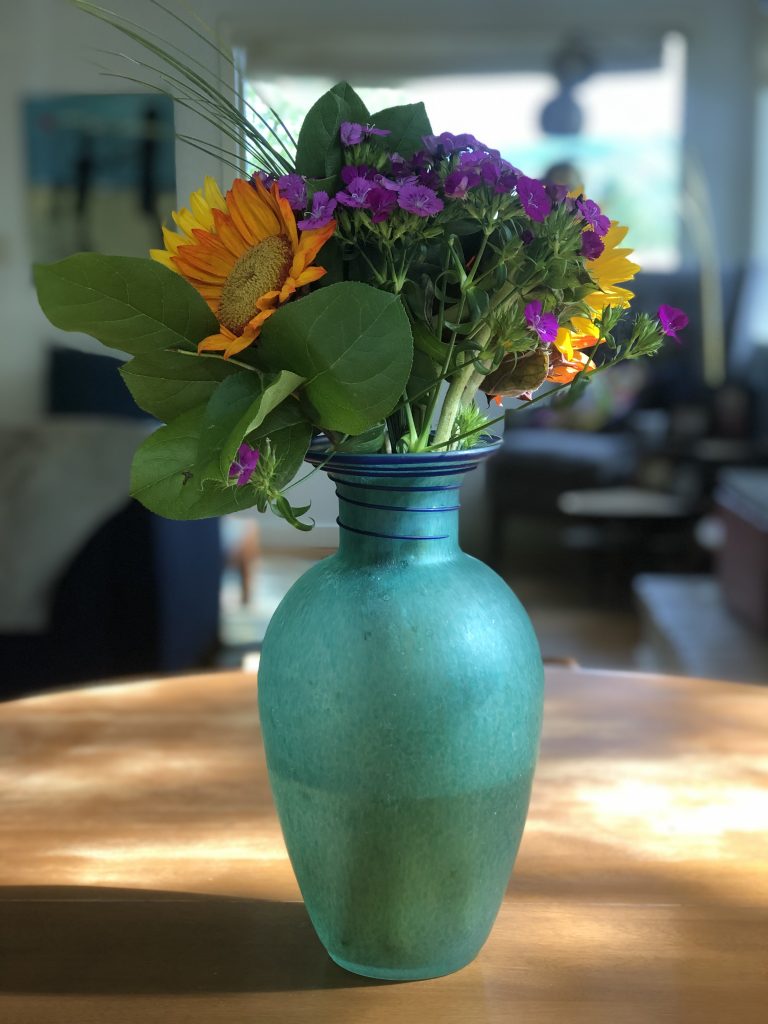 This year’s flu is a doozy. According to the CDC, which tracks influenza infections and “influenza-like illnesses” (ILIs), there have been 19 influenza-associated deaths to date:

A total of 27 influenza-associated pediatric deaths occurring during the 2019-2020 season have been reported to CDC.

To prevent the flu, the CDC recommends a flu vaccine.

For some reason, the scientists who work at the CDC seem to be ignoring the fact that these flu deaths have been occurring mostly in those vaccinated against the flu, like this 36-year-old man and this 86-year-old woman.

King County Health Officer Dr. Jeff Duchin told the press that an elementary-school-aged child died from complications of the flu but “declined to say whether the child who died in the Seattle area had the flu vaccine.” Which suggests he had been vaccinated.

The CDC also seems to be ignoring the research that shows getting an annual flu shot may actually reduce its efficacy. In his research, Edward Belongia, M.D., Director, Center for Clinical Epidemiology & Population Health at the Marshfield Clinic Research Institute, found that children who have been vaccinated annually over a number of years are more likely to contract the flu than children who were only vaccinated in one season.

There’s a growing body of scientific research that suggests we should not be giving serial flu vaccines. In this study researchers found: “Studies of repeated vaccination across multiple seasons suggest that vaccine effectiveness may be influenced by more than one prior season. In immunogenicity studies, repeated vaccination blunts the hemagglutinin antibody response, particularly for H3N2.”

Perhaps this is why the majority of healthcare workers themselves refuse the flu shot?

One thing that’s clear: Whether or not you choose to get a flu vaccine, you may end up with the flu.

Before we get to Tamiflu alternatives, what are the symptoms of the flu?

The flu is like a severe cold, which comes on suddenly, and makes you feel very sick and exhausted. If you have the flu, you’ll likely have some or all of these symptoms:

What’s the problem with Tamiflu? Why do we need Tamiflu alternatives?

If you get the flu, the CDC recommends taking Tamiflu.

But though Tamiflu is widely prescribed and heavily marketed to both the public and to doctors, there are concerns about it. It seems to be a dangerous drug with many worrisome side effects, as I wrote about in a recent post.

Deborah Binder “Yup! My 16 year old daughter was prescribed Tamiflu by a doctor at urgent care and that night she was up crying there were demons all around her! I thought she was losing her mind. I took her to the pediatrician the next day and he said to get her off it right away. Never again!”

Anna McSwain Edwards “@Deborah Binder my son had hallucinations too. No one else in my family has ever taken it again”

Stephanie Mago-Eagle:  “One of my sister’s old Facebook friend’s daughter took it for the flu,went to sleep and never woke up, they found her dead.”

David Smith “Shortly after it hit the market, I was prescribed Tamiflu for the flu and it made me so sick after two doses. I was already pretty sick and it made me so much worse. Stopped taking and the extra symptoms went away. It was a relief to just have the flu at that point lol.”

We know what not to do for the flu: Don’t take Tamiflu, don’t take Tylenol. Don’t give either of these medications to your kids.

So what DO you do if you, your child, or a loved one gets the flu? These Tamiflu alternatives are very important:

What else can you do to fight the flu and stay healthy during flu season? 7 more Tamiflu alternatives that are excellent remedies against the flu:

1. N-acetylcysteine (NAC): “Evaluation of cell-mediated immunity showed a progressive, significant shift from anergy to normoergy following NAC treatment. Administration of N-acetylcysteine during the winter, thus, appears to provide a significant attenuation of influenza and influenza-like episodes, especially in elderly high-risk individuals. N-acetylcysteine did not prevent A/H1N1 virus influenza infection but significantly reduced the incidence of clinically apparent disease.” Read the full study here. A reasonable dose would be 500 mgs of NAC twice a day while you have the flu.

2. Vitamin C: If you feel you’re getting sick and you eat vitamin C rich foods and take vitamin C, you may be able to stop the flu before it starts. If people around you are getting sick, start making yourself freshly squeezed orange and lemon juice and eat broccoli, Brussels sprouts, cauliflower, cantaloupe, kiwi, papaya, red peppers, and lots of cherries. You can also take vitamin C capsules, 1,000 mgs an hour until bowel tolerance. My favorite form of vitamin C is tart cherry powder.

3. Vitamin D: Vitamin D seems to play a critical role in optimizing immune health. Be sure to take vitamin D with K2 as these two vitamins work together. Most of us are deficient in vitamin D because we’re not spending enough time outside. If you can get sunlight on your skin (naked sunbathing, anyone?), ten to twenty minutes in full sun without sunscreen is my favorite way to get vitamin D. Dosing varies but integrative doctors say it is safe to take up to 10,000 IUs of vitamin D3 a day while you have the flu.

4. Tea with garlic, ginger, turmeric, and manuka honey: Raw garlic is a powerful medicine, used throughout the Blue Zones, which are places where people live the longest, healthiest lives. Garlic has anti-inflammatory, anti-viral, anti-fungal, and antibiotic properties. Don’t buy it in capsule form though. You want to eat it fresh (or cooked if raw garlic bothers your stomach). Ginger is also an effective anti-inflammatory and can help with the aches and pains you’re feeling while you have the flu. Turmeric, which has myriad health benefits, is my favorite medicinal spice. Into a cup of boiling water add crushed organic raw garlic with organic raw ginger and organic raw turmeric (which we buy at our local food co-op. If you can’t find it at your health food store, you can buy it as a dried spice). Stir in some local, raw honey or manuka honey. Sip throughout the day. If you don’t like the taste of the plants alone, add your favorite caffeine-free tea (mine are rooibos chai and tulsi sweet rose). Note: Don’t give honey to children under two.

5. Consider Oscillococcinum, a popular remedy in France. Some people swear by Oscillococcinum, others think homeopathy is snake oil. I have not personally tried Oscillococcinum, but it seems to be a safe and benign Tamiflu alternative for the flu. Even if it’s just thanks to the placebo effect, Oscillococcinum may shorten your flu symptoms and help your body heal.

6. Elderberry syrup! Elderberry syrup is a delicious and effective Tamiflu alternative. It has been scientifically shown to help fight the flu. This randomized study of the efficacy and safety of oral elderberry extract in the treatment of influenza A and B virus infections found that patients who took 15 ml of elderberry syrup four times a day for 5 days found relief from their symptoms 4 days earlier than patients taking a placebo:

Abstract: “Elderberry has been used in folk medicine for centuries to treat influenza, colds and sinusitis, and has been reported to have antiviral activity against influenza and herpes simplex. We investigated the efficacy and safety of oral elderberry syrup for treating influenza A and B infections. Sixty patients (aged 18-54 years) suffering from influenza-like symptoms for 48 h or less were enrolled in this randomized, double-blind, placebo-controlled study during the influenza season of 1999-2000 in Norway. Patients received 15 ml of elderberry or placebo syrup four times a day for 5 days, and recorded their symptoms using a visual analogue scale. Symptoms were relieved on average 4 days earlier and use of rescue medication was significantly less in those receiving elderberry extract compared with placebo. Elderberry extract seems to offer an efficient, safe and cost-effective treatment for influenza. These findings need to be confirmed in a larger study.” Zichria Zakay-Rones, et al, Department of Virology, Hebrew University-Hadassah Medical School, Jerusalem, Israel

7. A teacher’s trick: “Last winter I caught what I’m pretty sure was the flu from one of my students. I followed some advice I’d heard: to take as hot an Epsom salt bath as I could stand, hydrate well, and sleep. I started having symptoms Friday afternoon, took the hot bath Friday night, slept/rested through a fever/body aches most of Saturday, and was back at school teaching and perfectly healthy Monday morning. I also used oregano essential oil on the bottoms of my feet, and Breathe respiratory blend on my chest all weekend. And put vitamin C and elderberry syrup in my water all weekend.”

Disclaimer: This post is not meant to diagnose or treat any medical condition. If you aren’t feeling well, please call your doctor. If your symptoms are severe, go to the closest emergency room.

« Vaccinate with Confidence: CDC’s New Campaign
Do As I Say, Not As I Do: Majority of Heathcare Workers Refuse the Flu Shot »