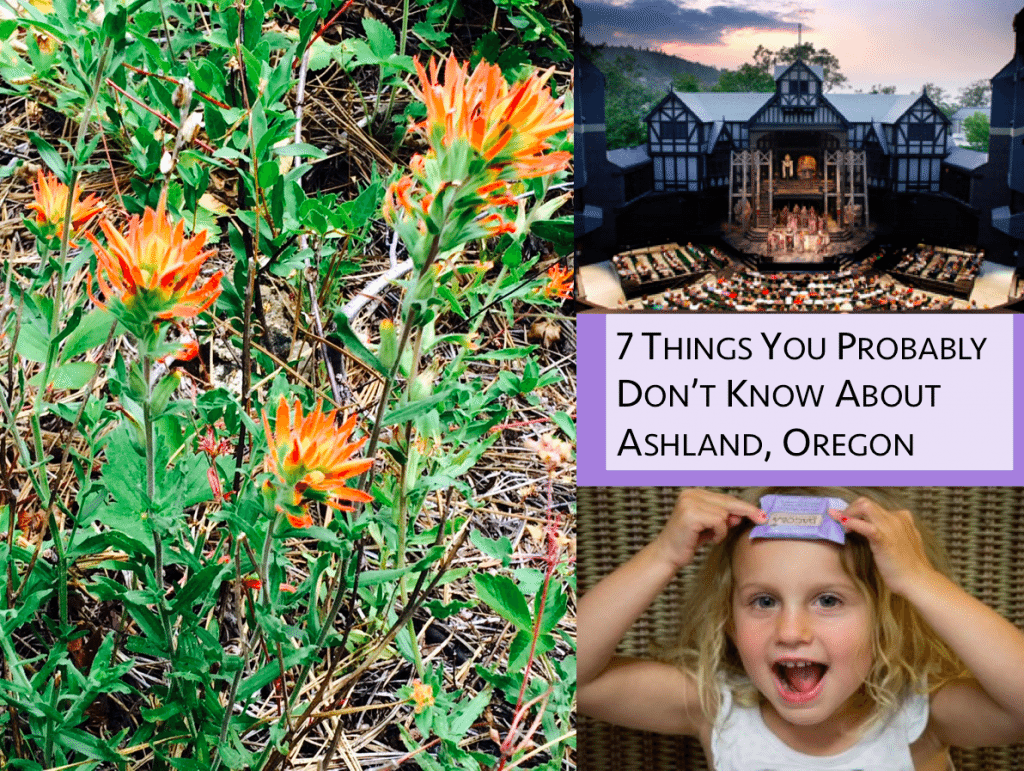 Ashland, Oregon is America’s best kept secret. People in Ashland are awesome (the locals); visitors are awesome too.

1) People in Ashland swallow their E’s or pronounce them as I’s, especially in the middle of a word. “My name’s Ginny,” I thought my daughter’s friend’s mom said, and that’s what I called her. When the class list came out I realized her name was actually Jenny. “I’m ’Mree” a man told me. I had to ask him his name three times until I finally got that it was Em-er-y.

2) People in Ashland are friendly, even the teenagers (who strike outsiders as decidedly lacking in dysfunction and existential angst). Passersby make eye contact and give you a half smile. Not a full smile, mind you, and usually no hello (that would be taking things too far).

4) Ashland has a surfeit of both hybrids and SUVs. I’ve never seen so many of both coexist in one place. Whatever car being driven, a cell phone to the ear is the requisite accessory, despite the law against it.

5) We have mountain lions, and bears. When my kids run ahead of me on the paths in Lithia Park, I imagine they would taste sweet and juicy in the jaws of a mountain lion. Ask anyone in Ashland and he’s likely to tell you a really good story about a near-death experience with a four-legged beast.

7) Ashland is paradise on earth, especially if you leave often. Four seasons, a university (albeit a modest one), friendly folks (see #2), lots of parks, a ski mountain 25 minutes away, manzanita-lined hikes, a Science Center, outdoor adventures, a fantastic food Co-op, access to Crater Lake and other breathtaking natural beauty. What more could you want? Well, a love life for one. My girlfriends in their 20s and 30s find it hard to find eligible men under, say, 85. (We have a large retirement community.) The other secret to happiness in our small city is to travel away from it. Just drinking the tap water in Chicago made me convinced we picked the right place to raise our kids.

I’d love to know what you like (or hate) about Ashland or seven things about your town if you live somewhere else! Caveat: The baby and I are getting on a plane on Monday and will be out of the country for two weeks and I’m not sure I know how to approve comments from afar. If you’ve commented before, that won’t be a problem. If you’re new here, have patience, your thoughts will show up eventually.

« Are You Prepared for Floods or Other Disasters? We’re Not.
22 Reasons Why I Love Nursing My 22-Month-Old »