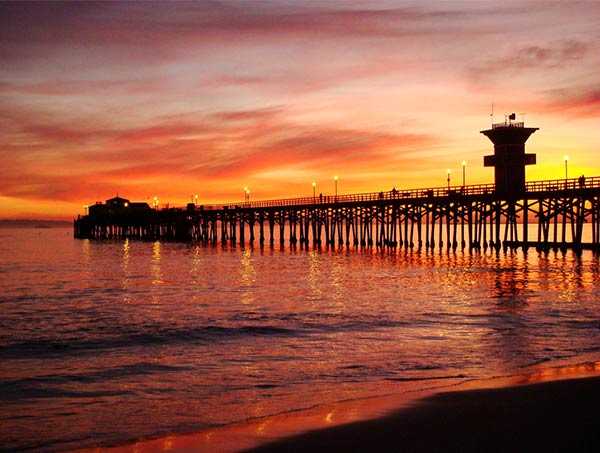 Seal Beach, California is a great place to visit with kids

Sometimes, even when you have the best intentions to discover and appreciate more about where you live, sun and blue skies and fluffy white clouds beckon.

Sometimes, even though you’ve been waiting for rain all summer and your raspberry plants have dried up from drought and neglect, you have to flee the cold and the wet.

Which is why, a few days ago, I found myself with my kids at one of the nicest beaches in southern California: Seal Beach.

Part of why we decided to drive all the way to southern California was to take the kids to DisneyLand for the first time in their lives, as a birthday present to my son (he just turned 9).

Seal Beach (reputed to be named after Navy Seals not sea creatures) is an easy drive from Los Angeles.

“We’re a family-oriented community,” the real estate agent, who was sucking on an organic Trader Joe’s lollipop, told me through an open window.

In the nearly full tip jar of the roasted-locally coffee joint was a $5 bill. I asked the barista if it was planted or if someone had really tipped that much.

“There’s a lot of money in Seal Beach,” the barista replied, confirming that the tip was from a generous patron. “A lot of retirees from L.A. live here.”

Elaborate sand castles were made.

The toddler-sized park at the edge of the beach was climbed on.

Sunlight was converted into vitamin D. And some previously down spirits were lifted up high.

And then we reluctantly climbed in our rented gas-guzzling 7-seater and drove north, heading back to Ashland, where it’s 50°F and overcast, with every intention of visiting this beach town again soon.

« What If it Wasn’t My Mother’s Time to Die?
Inspired to Bake: Healthy Brownies Warm the House on a Cold Night »