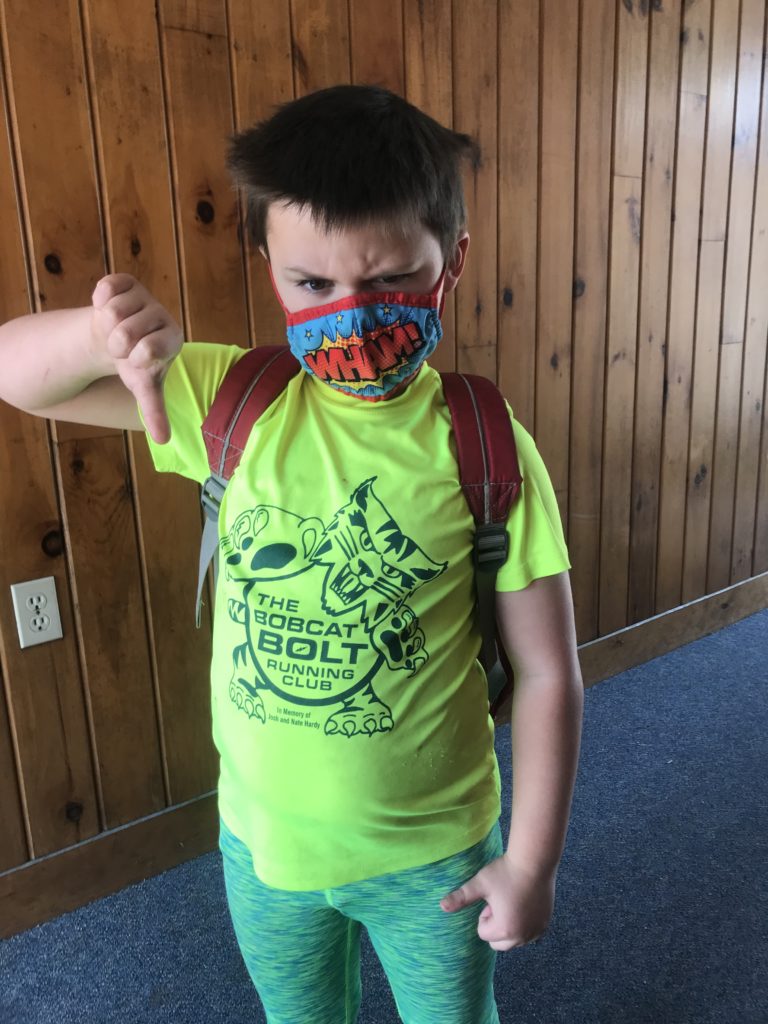 Vermont Governor Phil Scott has told his citizens that it is time to take off their masks. But some districts in Vermont are forcing students to wear them anyway.

On Monday March 21, Hartford students saw each other smile at school for the first time in more than two years.

Only four days later, Superintendent Tom DeBalsi announced that CDC case counts were “high” and that children would be required to mask again beginning Monday, March 28.

During this time of “high” CDC case counts, seven people (out of 620,000 statewide) were hospitalized for Covid with zero patients in the ICU, according to Governor Scott.

So, Monday, Tuesday, Wednesday, Thursday kids had to mask at school to keep themselves and their teachers safe.

But on Friday, April 1, free faces were suddenly safe again. So much so that elementary school students could enjoy a 2-hour mask-optional pajama party to watch the movie Encanto together on a big screen in a crowded gymnasium.

As Governor Scott pointed out, using CDC case counts—as the Hartford School Board had decided to do, in defiance of the Governor’s recommendation to drop mandatory masking—is not a sound means of determining public health or education policy in a state like Vermont. There are all sorts of confounding factors that the school board and administration failed to consider, or even identify.

Vermont has a population of just over 620,000 people. “High” community levels of COVID in Vermont can refer to just a handful of people.

Education Secretary Dan French also criticized the decision, as “promoting way too much instability in our schools at a time when we need to have greater stability.”

The Hartford School Board and Administration have yet to respond to the public rebuke from state officials about their flip-flopping mask mandates.

And you can read VTDigger’s coverage of the issue here.

“Our ask is simple: We want the Hartford School District to follow the Governor’s recommendation. This is sound public policy, developed by a competent team of experts. State experts are comfortable allowing our children to go mask-free like everyone else in the state of Vermont. In fact, they’re insisting on it. So why is our local school district so stubborn? It feels like punishment, and shockingly poor judgement,” says my colleague Brianne Goodspeed, mom of a 7-year-old in the Hartford, Vermont School District.

The School Board’s mandatory masking policy has become a fringe position. Parents who oppose it are now in the mainstream. The Hartford School Board and Administration are currently at odds with the state. This is clear when you listen to the Governor’s remarks, as well as those of Commissioner French and Dr. Levine.

Hartford is one of only a couple of districts statewide that have refused to follow the Governor’s recommendation, for reasons that remain unclear.

And while the kids are once again mask free, for now, that could change at any moment, so long as Hartford’s policy remains in place. These flip-flopping mask mandates have been confusing for kids.

One Wilder 7-year-old was not allowed to board the school bus on Monday morning. She didn’t know she needed a mask. Neither did her dad. After all, she did not need to wear a mask on Friday.

But the bus driver didn’t have one on hand to give her. So she forbade the student from getting on the bus. Instead, the bus driver left a 7-year-old child by herself on the sidewalk to cross Route 5 during morning rush hour by herself to get back home. Go Team Safety!

How to help parents in Vermont

If you oppose the current policy, which allows for the possibility of mandating masks indefinitely depending on CDC case counts, as mandates have dropped de facto for nearly everyone else statewide including Hartford residents, here are some things you can do:

Related posts
Wearing a Mask Can Harm Your Health
Mask Safety: Your Mask May Be Making You Sick
COVID-19 and Glyphosate: An MIT Scientist Weighs In

« Wanting Immunity Quickly, Instead She Died
Problems With Tylenol »