Kids thrive off free play, pretend play, and unstructured unsupervised time outside. Exposing young children to screens and electronic games does not help them thrive. Photo courtesy of Unsplash.

Why would an organization promoting education in young children actually recommend screen time in the classroom?

According to the very annoying computer-generated response you get when you send them feedback on the new draft of their position on technology in the classroom, the National Association for the Education of Young Children is an organization trying to improve education:

Founded in 1926, the National Association for the Education of Young Children (NAEYC) is the world’s largest organization working on behalf of young children from birth through age 8 and promoting high-quality early childhood education.”

“The fundamental premise of the position statement is that technology and interactive media are tools for teachers and administrators to use in early childhood programs,” they write in the draft report.

My grandfather was the first person on his block to buy a television. It was a Freed Eisemann. His friend and neighbor, Morris Wigler, got it for them. My dad was excited. They owned the Rolls Royce of TVs, even though it kept breaking. The TV was a small screen mounted in a big cabinet. A solid piece of furniture. This entertainment in a box heralded the future, and people thought watching television would make Americans smarter! More sophisticated! More knowledgable!

Maybe some educational television does help Americans learn more about the world and be more educated. I don’t know. I’m skeptical.

So much of what’s on TV is glam violence and overly sexualized young women (both the cartoon and silicon-enhanced variety). Even supposedly objective television news glorifies violence, sexualizes women, and exaggerates everything.

And it’s indisputable that screen time is helping make our children fat, sluggish, uncreative, and unable to entertain themselves.

Our children suffer from nature deficit disorder and a lack of vitamin D because they spend so little time outside (and use too much carcinogenic sunscreen when they do, but that’s a rant for another post.) 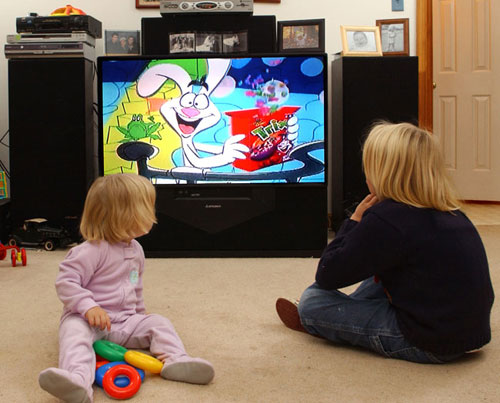 Advertisers use television to market sugary junk food to small children. We need to say no to screen time and commercialism in the classroom.

According to a Kaiser report, the average 8-year-old spends 7 hours and 38 minutes using media. An 8-year-old child in America is in front of a screen (or maybe in front of two or three screens since so many kids multi-media task) every single day.

They don’t need television or computers, or video games, or iPods or iPhones or any other digital technology.

They get too much already, outside of school.

What do preschoolers really need?

I think the Waldorf educational philosophy (which is criticized by some but applauded by others because it discourages teaching children to read before they’re ready) offers the best ideas for early childhood education.

In Waldorf programs preschoolers get:

But the NAEYC’s draft policy suggests we should forgo this kind of early childhood education in favor of its proposal, their emphasis, that “Early childhood programs have an obligation to use technology to bridge the digital divide.” 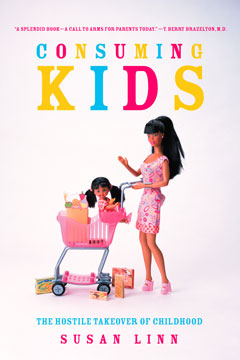 An eye-opening book about how advertisers are hijacking our children.

The Campaign for a Commercial Free Childhood, headed by Susan Linn, an instructor at Harvard and the author of the excellent book, Consuming Kids: The Hostile Take-Over of Childhood, is campaigning against mandating screen time and other technology in the classroom.

Here are excerpts from their advice sent in a newsletter to subscribers, forwarded to me by a reader (thank you Natalie!):

Parents, educators, and anyone who cares about early childhood education should be aware that the best plan for our children’s health and happiness includes:

The 15-page NAEYC final report is now available as a PDF. Read the full report here.

Are you worried about your children’s education? Do you think they’re getting too much screen time at school?

« A Pediatrician Weighs in on Goose Poop, Modern Medicine
Of Wiking, Wunning, and Wafting »