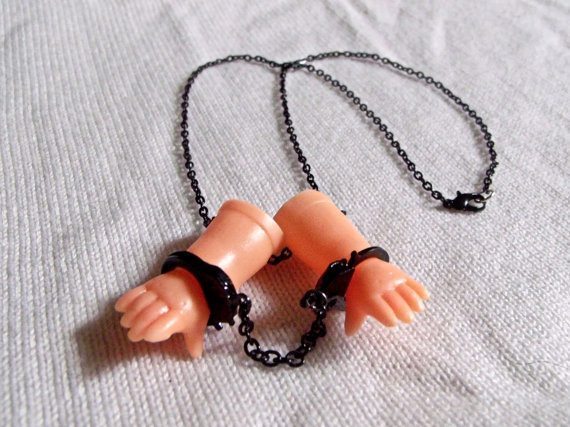 Editor’s note: This is an anonymous post by a parent in California. The writer has decided to remain nameless for fear of negative repercussions against the writer’s family.

By Anonymous, Special to JenniferMargulis.net

Today I was told my child wouldn’t be allowed into school because he didn’t get his MMR booster.

When SB-277 passed last year in the great state of California, I wanted to pretend it didn’t happen. SB-277 mandated that all children who enter school must have be up to date on all the vaccines. I wasn’t thrilled.

Let me start at the beginning. I’ll try to be quick.

I started out a big, big fan of vaccines.

My oldest child was vaccinated according to the CDC schedule. I thought people who didn’t give their kids vaccines had rocks in their head.

And then one day that child had a vaccine reaction–not an awful one, but a noticeable one–and it scared me. I started questioning everything that had once seemed obvious to me. [Editor’s note: Click here to read about a really scary vaccine reaction.]

Fast forward to SB-277. My partner and I had decided to delay vaccines with our youngest because our of older child’s reaction. We wanted to do things more slowly and spread the shots out.

With the help and approval of our child’s doctor, we have been spacing out the shots, giving one shot at a time, allowing enough time between shots so if our son had a visible reaction we would know which vaccine had made him sick.

A few weeks ago I took him to get the MMR booster.

There was a problem on the doctor’s end and it couldn’t be given.

The doctor wrote me a signed note explaining my son was scheduled to get the booster later, when the vaccine was back in stock.

The school wasn’t happy but they let it pass.

We went to get the booster today and my child had a fever and a runny nose.

The doctor didn’t want to vaccinate my son because he is an excellent doctor and errs on the side of caution and there is no proof that it is safe to give a feverish child, whose immune system is fighting off one infection, a vaccine. Doing so can provoke dangerous vaccine reactions, the same way a child fighting one infection can get much much sicker if he gets exposed to another.

So the doctor wrote another note so my child could still attend school and we rescheduled the shot for a later date when my son’s immune system would be stronger.

Yet, even with a signed physician’s note stating that we WOULD get the shot and that my child was too sick to safely vaccinate today, the school administration told me my son will no longer be allowed in school. The administration said my son can’t go to school.

[Editor’s note: The school’s actions may have been illegal. According to this explanation of the law, the school must grant the child a temporary admittance.]

I sat in the parking lot and cried. I called my husband and cried some more. I’m actually not a big crier. I like to think I’m tough.

But frustration—that feeling of total helplessness when you just feel wronged and can’t do anything about it—brings out the tears for me. Plus that the administrator told me that my son can’t go to school and my feeling that he was being unfairly discriminated against was too much.

My child is a little sick so I wouldn’t take him to school until he feels better anyway. I love spending time with him. In fact, I’ve missed having him around since school started. I miss a little companion who always reaches up to hold my hand and who loves reading together.

I wasn’t upset because he’ll be home with me. I even welcomed the time off work.

So why am I so frustrated?

I think SB-277 is an unfair, stupid law. I’ll admit that. But even though I didn’t like it, I went along with it.

Even though I think giving my young child a hep B shot—against a sexually transmitted disease that he has no chance of getting unless he is sharing IV drugs, getting a tainted blood transfusion, or having intercourse with a hep B positive person (he’s five)—is ridiculous, I’m doing it.

[Editor’s note: It is our understanding that a child who tests positive for hepatitis B is allowed to attend California public schools. However, a hepatitis B negative child who has not been vaccinated may not.]

Even though I think that being forced to provide medical records to a non-medical entity is a violation of HIPPA, I’m doing it.

Even though I think that denying a child access to education and saying a child can’t go to school because a parent has read the science that shows that it is better to get lasting immunity to the chickenpox and would rather forgo that one vaccine violates the mandate set forth by Brown vs Board of Education, I have been dutifully taking my child to get every single shot.

Even though I think that laws that mandate medical procedures violate freedom of religion for anyone whose religion speaks to the right or wrong of specific medical procedures, I’m being a good soldier and signing my kid up for shots.

Score one for Senator Pan.

Even though I think a family and their physician should make health and medical choices together in the privacy of an office, I’m letting the state make my child’s medical choices for me.

Even though I feel laws like SB-277 that specifically target children are proof that our society still does not respect the bodily autonomy of children (and by extension women, who more often than not are primarily dealing with children), I’m towing the party line and doing as I’m told.

Even though I believe that SB-277 could lead to much more grievous assaults on patient’s rights and women’s rights, I’m taking my child in and teaching him that others are lawfully in charge of his body- not him, not me, not our family–the state.

Even though I worry that the new “religion” in this country is Western Medicine—with those ever changing studies taking the part of scripture, doctors taking the role of priests issuing life saving sacraments that only they can give, and state senators stepping into the powerful shoes of religious leadership and enforcement—I’m doing my part.

Even though I thought church and state were supposed to be separate in the United States—I’m ducking my head and trying not to make a stink.

You know what I’ll do?

I’ll probably keep my son home for a few days until he appears totally healthy and take him down and get the shot.

I know that they are stuck in a hard place. I don’t want to make their lives harder. I want to be nice.

I am incredibly appreciative of medical personnel who, I think, probably made a good call having us wait a bit for the next shot. I don’t want his doctor to get in trouble either.

It sure looks like there is a witch hunt in California and any California doctor who steps out of line is asking for trouble. I don’t want to throw anyone under the bus because I’m frustrated.

I don’t want to get angry.

I’m scared of what will happen to my children, their school, their doctors, to me—if I say anything.

I’m afraid my children could be taken from me. That I could be considered unfit. I used to think stories about things like that were just crazy. Maybe I was wrong. Now I’m scared too.

I’m part of the problem.

I don’t think I’m the only one who thinks this law is unfair and unjust.

I don’t think I’m the only one who thinks vaccines are a great idea, but still thinks we should have some say in how and when and even if we do them.

But I’m afraid to stand up and shout that it is wrong and un-American. So I’m part of the problem, as is anyone else in California who says nothing and does nothing. I feel a little like “they” are coming for us—those of us who to step outside the line and question current recommendations.

I worry that someday soon “they” will come for more of us.

I always thought conspiracy theorists were crazy, but I’m becoming one of them! It’s hard not to when children are denied access to school because of their medical status.

Who will they come for next?

Will there be anyone left to stand up and say something?

What will you do?

What will you say?

It’s time we decide to do something—not just about issues that matter to us, but about anything that slowly and steadily takes away the individual’s right to choice and replaces it with rigid, unscientific, irrational state mandates.