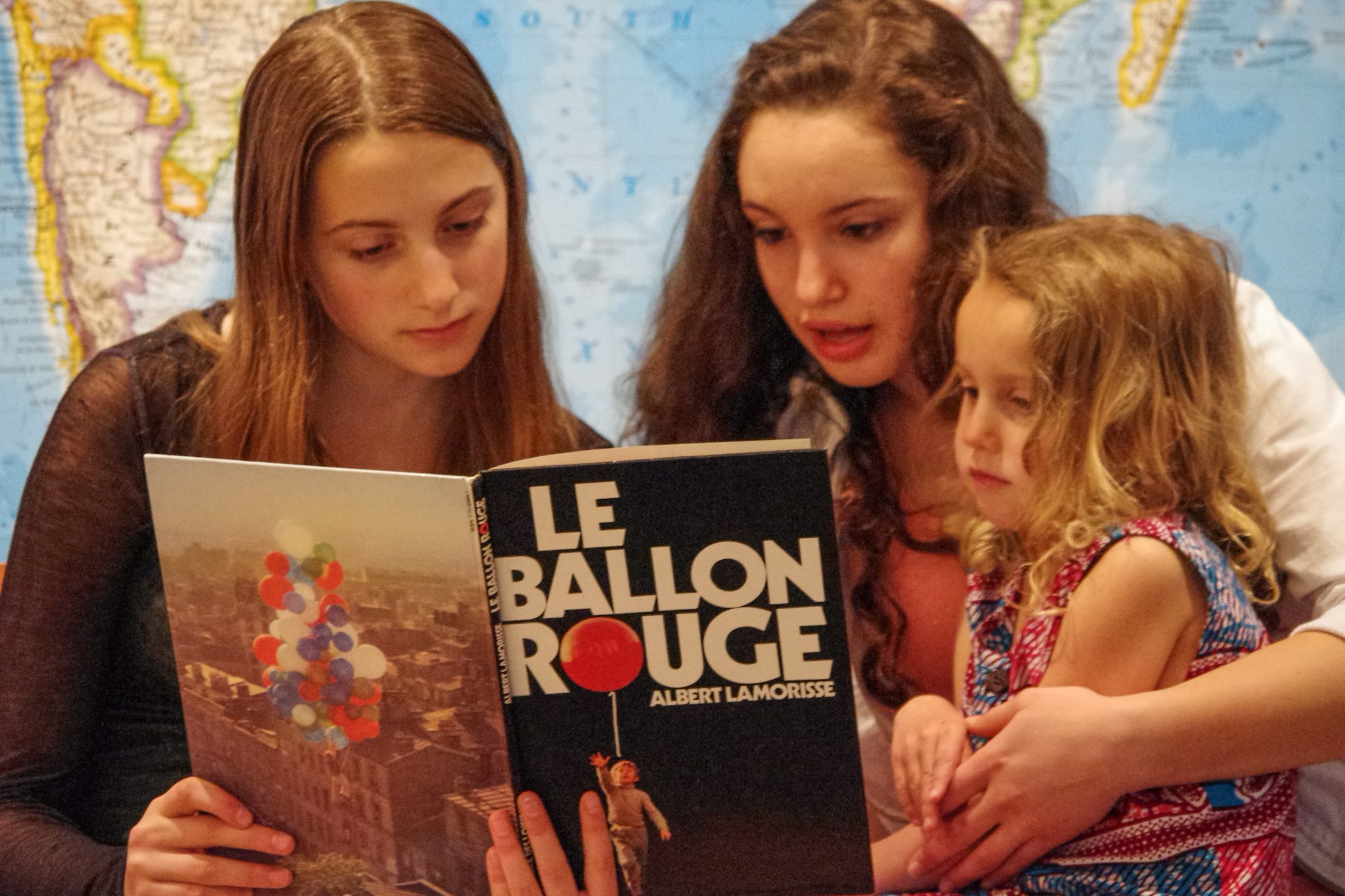 “I don’t want to be human,” my 4-year-old says when I’m putting her to bed one night.

We had just been reading a Tchoupi book.

Tchoupi, the main character, is a little creature who makes a lot of mischief, getting into bike crashes, fighting with his dad. Tchoupi and his family are drawn as indistinguishable animals with black and white heads, oval orange noses, and no ears.

Perhaps they are penguins.

“What animal would you like to be?” My daughter has my interest now.

I am looking forward to a conversation about what it would be like to be a giraffe, say, or a rhinoceros.

My 4-year-old, Leone, starts sobbing. “Nothing!” she chokes. “I don’t want to be anything because I’m afraid of dying.”

“It’s scary and I don’t know what it feels like.”

She’s crying inconsolably now. I curl myself around her tiny body, which is so filled with sorrow.

She has abandoned herself to grief and it takes a long time for her to settle down.

More than twenty minutes pass before the cries turn to hiccups and the hiccups to deep breaths. Finally, my 4-year-old daughter sighs and her breathing steadies and she is asleep.

I tiptoe out of the room but stop at the door to look at her: blonde hair haloing her face, eyelids purple, limbs sprawled.

She looks so peaceful. My heart hurts.

When a 4-year-old encounters the reality of life

I was walking to the subway on the lower East Side when I saw the text from my husband last week: SLEEPY DIED. ATHENA’S STAYING HOME FROM SCHOOL.

Sleepy was our tortoise.

When Athena, our second oldest, turned ten, she spent an hour looking around the pet shop until she finally, and triumphantly, decided on a Sulcata tortoise. The pet store owner told us they were easy to care for, would live to be 100 or even 150, and were a clean and pleasant pet.

“You’ll have to make arrangements with your grandchild to care for them,” I told Athena.

She threw back her head and laughed.

She named the active one Spotty for the lovely brown spots on his back and the lethargic one Sleepy who lived up to his name by spending most of his time with his eyes closed.

The pet store owner who sold us the tortoises did not tell us they needed UV light in the winter months when they couldn’t go outside, or that a diet of thawed vegetables and lettuce would make them grow too fast and disfigure their shells.

He did not tell us that tortoises are prone to eye infections.

Or that they will sometimes scratch for hours at the side of the cage, trying to climb out.

We found out the hard way: A year after we got the tortoises Spotty started acting like Sleepy.

One day when I brought them outside Spotty barely moved. I sprinkled water on his shell but even that did not rouse him. I should have known something was wrong. A week later he was dead.

I called the pet store.

“That’s so strange,” the owner’s wife said. “The first year is when they’re most vulnerable. After that, they almost never die.”

I called another pet store. And a friend whose mom kept turtles. It was the owner of the second shop who told me Sulcata tortoises need UV light. My friend’s mom suggested dietary changes and more outdoor time.

Life and death are entwined

It was much worse for Athena when Sleepy died.

She was inconsolable for days, unable to eat, barely able to go to school.

He was there when I came home from New York City, still and cold, immobile on a bright green and yellow West African cloth inside a small cardboard box. As Athena dug the grave with a trowel, next to Spotty’s, she screamed with sadness.

Then 4-year-old Leone put her arms around her big sister. Holding her. Patting her back softly. Saying nothing.

I wake up before dawn that first time Leone tells me she does not want to be human.

I am restless and uncomfortable; my mouth dry, my tongue thick in my mouth.

I think about my mother’s cracked lips as she lay on the bed unable to close her mouth because her right side had been paralyzed by a stroke.

Auntie Joanie bought a humidifier, which we plugged in close to my mother’s bed, but I know it didn’t help.

I stayed in the bedroom when a hospice nurse said she was going to bathe my mother, to make sure it was done gently. The short-haired middle-aged nurse managed to be both efficient and gentle. I loved her for it.

She rubbed my mother’s back with a soapy washcloth but did not rinse off the soap.

My mother smelled fresh and clean when the hospice nurse was finished.

But it was a different nurse who came the next day, younger, the brown roots of her bleached blonde hair showing, her breath smelling like nicotine.

She was efficient and impatient.

She swabbed my mother’s mouth with a foam mint-flavored stick, a synthetic and disgusting lollipop for people unable to brush their teeth.

Even though my mother had had a brain bleed the size of a goose egg and the doctors told us she had no chance of recovering, she grimaced when the nurse twisted that stick around the inside of her cheeks.

I was so shattered then. I didn’t recognize the gaunt grieving face in the bathroom mirror that looked at me. I hated that nurse with the cigarette-stained fingers, even as I knew was just doing her job.

The night Leone cries herself to sleep for the first time, I’m undone. It’s still hours before daylight and there’s nothing I can do to get back to sleep. I whisper to my mother about Sleepy dying (“Ah well,” she dismissed, totally unsympathetic when she was still alive and I called her to tell her that Spotty was gone. “Survival of the fittest.”), but she stays maddeningly silent. I have not dreamed about her in weeks. I will her to talk to me. She does not. I can’t hear her voice in my head. It hurts to breathe.

“Morning time!” Leone springs out of bed and does a little happy dance, stripping off her pajamas and flinging open all three dresser drawers. My mother, too, was a morning person, waking up happy, buzzing with energy.

“I can get dressed all by myself!” Leone shouts.

She chooses blue tights, a purple and white striped dress, and a long pink skirt. She bounces into the kitchen, babbles about Arkana’s “bird day” party, climbs on the counter to get the oats, asks a string of questions.

The fear of dying will visit our family again and again. Athena will burst into tears and sob for hours about her lost pets. My 4-year-old will cry herself to sleep. The next several months will be hard for all of us. But for now, a broken heart is forgotten. Leone, at least, is happy to be human.

Related content:
Should 3-Year-Olds Go to School?
Dying With Grace: Are You Prepared for the End of Life?
Do You Want to be Buried or Cremated?

« Robert Coover Reading in Southern Oregon on April 21, 2014
This Mom’s Littlest Grew Up, and She Had No Idea What to Do Next »