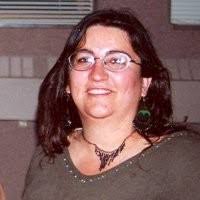 When a car pulled up to her house a little after 10 a.m. on Saturday, March 31st, Ireena Keeslar was still in her pajamas.

Ireena Keeslar and her husband, who keep the Sabbath from sundown on Friday to sundown on Saturday, were just finishing up a late breakfast.

But Ireena Keeslar, who is 49 years old and lives in Howe, Indiana, was put into handcuffs and taken to jail.

She was arrested for practicing midwifery.

Certified professional midwifery, as well as direct-entry midwifery, is illegal in Indiana.

Though certified nurse midwives may practice in a hospital setting, professional midwives, regardless of their training or experience, may not deliver babies at home or in the hospital.

But since LaGrange County, where Keeslar lives, has a large Amish community, demands for homebirth midwifery services are high.

Just over the border in Michigan, where she delivers most of her babies, homebirth midwifery is unregulated, being legal by default.

She couldn’t stop crying on the way to the county jail, Ireena Keeslar told me today when I spoke to her on the phone. A diabetic and a mother of five, Keeslar explains that her own mother died this past October and her only brother died last year of cancer, and that being arrested was completely demoralizing.

Keeslar was a nurse and worked in obstetrics before deciding to become a midwife.

She has participated in over 1,700 births, about 400 of which have been babies born at home.

Homebirth midwives in Michiana, the area of northwest Indiana and south central Michigan, charge between $900 and $3,500 per birth, which includes prenatal care.

Nationally, the average hospital birth costs between $5,000 (for an uncomplicated hospital birth) to $20,000 (for a C-section with complications). This does not include the price of prenatal care.

Keeslar’s arrest was not associated with any bad outcome. But she is the second professional midwife to be arrested in the past two months.

Keeslar, who has been working as midwife for about eleven years, is not sure what prompted authorities to target her now. But it is clear that while women in Indiana want to have a choice about where and with whom they deliver their babies, many obstetricians in the state openly oppose midwifery and homebirth.

Dr. Kurt Wiese, M.D., an obstetrician in private practice in Valparaiso, says that he’s ambivalent about whether professional midwifery should be legal.

He is willing to work with patients who do not want fetal monitoring or other interventions, Wiese says.

He also points out that women in Indiana can give birth with midwives in the hospital.

Wiese says his concern is bad birth outcomes, not loss of business.

“I’m not worried about losing money to them,” he tells me. “The large majority of people still choose to deliver in the hospital.”

But Wiese gets angry when a homebirth goes wrong.

“From my own personal perspective, the ugliest aspect of all of this is that their train wreck or their disaster shows up at my doorstep and I become responsible for their irresponsibility,” he says.

“At two in the morning that’s what I’m dealing with. They don’t practice by a standard of care that we agree with.”

Dr. Cal Streeter, D.O., who has been practicing medicine for 37 years and backing midwives, disagrees.

“It’s all about the money,” Streeter says. “People who have money in Parkview Hospital in LaGrange County want to do away with our midwives.”

Streeter says Keeslar is a competent, experienced midwife and that home birth with competent attendants is as safe or safer than hospital birth.

“It’s as safe to have a baby at home as in the hospital. Most of the problems in obstetrics are doctors trying to hurry the process up or slow it down. Most every problem in obstetrics is a lady getting Pitocin to fit the doctor’s schedule, or slowing the process down until he or she gets there.”

While the traditional medical establishment is fighting midwives, Streeter says Indiana women want to have choices.

“Outside the medical community, people in Indiana want midwives. Ladies would prefer midwives over obstetricians. Of course you need an OB as a back up if you have a problem. In case you need surgery.”

“I think it’s ridiculous that they don’t give midwives the option to be legal,” says Stephanie Precourt, 35, an Indiana mom who had her first three babies, all boys, in the hospital before leaving her OB practice when she was 32 weeks pregnant and delivering a daughter at home.

“It’s not illegal for me to be alone and do it unassisted,” Precourt points out, “but to have someone attend my birth who’s not licensed is illegal. Ivy was number 1631. My ‘illegal’ midwife had seen everything and done it all. We just took the risk that if we had a transfer, she couldn’t go with me.”

“It just seems unbelievable to me that in the 21st century people can’t have a baby without somebody telling them how to do it,” says Patty Miller, 50, who has been good friends with Keeslar since they attended 5th grade together at Colon Elementary School in Michigan. “I think she’s providing a valuable service to women, giving them a choice.”

“They think it’s fine to schedule a C-section for convenience—doctors do that all the time—but to want to have a baby in a loving home with your family around, they look at that as the odd way to have a child,” Miller says.

Keeslar spent all of Saturday in jail.

There was someone else’s phlegm in the sink in the cell.

She was forced to wear a prisoner’s uniform that was so tight it cut off the circulation in one leg and caused it to swell. She was served food inappropriate for a diabetic (she could not eat it), not given access to her insulin and other medications, and repeatedly ignored when she called out for help.

But just before sunset, Keeslar was released from jail on $10,000 bail.

She returned home to her husband, 5 kids, 2 of her 5 grandkids, 1 dog, 2 cats, 20 sheep, 2 goats, and too many chickens to count. She has homemade pickles stacked in her pantry and a large garden where she grows a lot of her own vegetables.

Friends describe her as a woman with a great sense of humor and a kind heart.

Keeslar says her belief in God is helping her through this ordeal.

A court date for a hearing has been set for this coming Monday, April 9th, 2012.

The Indiana Midwives Association is asking homebirth and midwifery supporters to meet at the LaGrange Courthouse at 105 N Detroit Street at 11 a.m. On April 9th to show their support.

For readers who want to help Keeslar cover legal fees, send checks to: