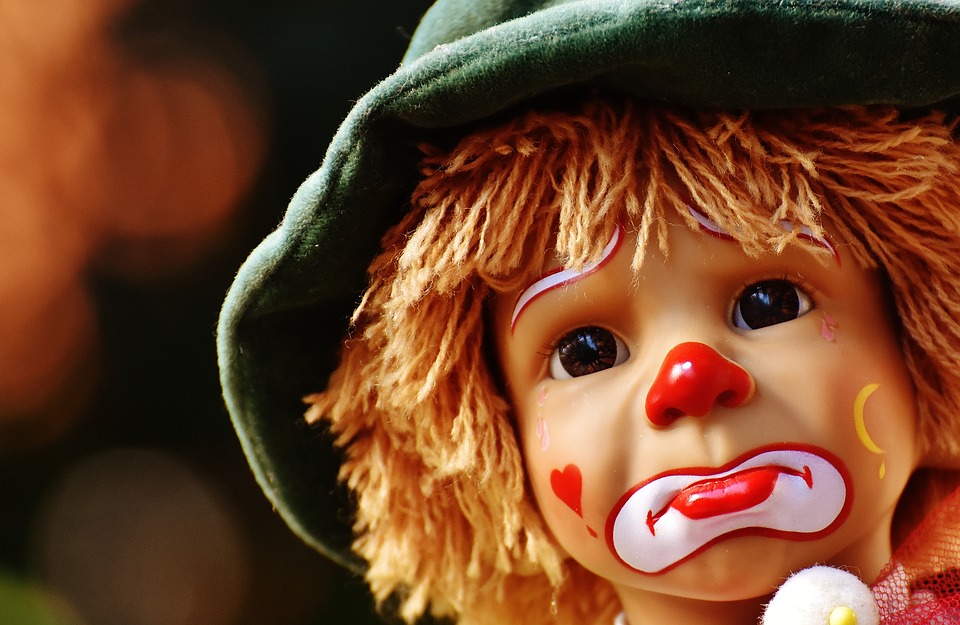 Every parent’s worst nightmare is that something bad will happen to our kids. We need to teach our middle school children street smarts and good communication skills to keep them safe.

“Tammy told us we have to be careful,” my 12-year-old announced at dinner last night. “There have been two attempted kidnappings around here. Of middle school girls.”

I felt cold dread wash over my scalp.

One reason we live in a small town is because it feels safe.

My husband and I tend not to helicopter parent. We let our children bike themselves where they need to go, allow them to walk downtown, and give them as much freedom and responsibility as they feel they can handle.

As soon as the plates were cleared, James whipped out the computer.

My daughter’s information was a bit muddled. There have actually been FOUR attempted kidnappings of five teenage girls in Southern Oregon in the past two months.

In all four cases the girls got away.

Here is the information we’ve gathered from on-line reports:

1) Last week, a man pulled up alongside a middle school girl in Phoenix, Oregon who was waiting for the bus to go to school. “They’re not running,” he lied. “I’ll give you a ride.” The girl had received safety training and she walked away from the man as quickly as she could. A police officer witnessed the exchange and chased the driver. The driver got away.

2) On Saturday, May 19, 2012, two teens in Williams, Oregon reported being wrestled into a pick-up truck by a man. They jumped out of the truck while it was moving and got away. The suspect is still at large.

3) Two days ago, on Wednesday, May 23, according to a KOBI5 report, a girl from White Mountain Middle School in White City, Oregon was approached by a white man in his forties who tried to get her attention. She ran away.

4) On April 20, 2012 it was reported that a 15-year-old jogger from O’Brien, Oregon, just north of the California border, was grabbed by a man in a black ski mask who had a van with California plates parked nearby. She fought him and got away.

I’ve attended many self-defense classes with my girls.

One thing the police officers who teach them always say is that children often have more to fear from people they know than from strangers.

The chances that your child will be abducted by a stranger are very slim.

But it does happen.

I was sexually assaulted in broad daylight

When I was in high school I was sexually assaulted by a stranger in broad daylight on a busy street.

I was walking home from work with my shoes in my hand (because it was raining and I felt happy and carefree and wanted to walk barefoot). A man crouched down in front of me about eight feet away.

I remember noticing that he was not tying his shoes, though he was pretending to.

I remember dismissing my instinctive fear and telling myself, “It’s a free country, he can do what he wants.”

What he was doing was waiting for me to approach.

As I came into reach he stood up, grabbed me, and grabbed my breasts.

The pervert let me go.

“YOU DISGUSTING CREEP!” I screamed at him.

Though I was a young teen and I was screaming and sobbing and a man was running away from me and at least a dozen cars whizzed by NOT A SINGLE CAR STOPPED.

I ran home, terrified, and collapsed in a sobbing heap. I didn’t know how to tell my father what happened.

I was embarrassed and upset. We called the police.

The detectives told me and my father there had been several other incidents of sexual assault on young teens that summer in Newton, Massachusetts, the “safe,” affluent suburb outside of Boston where I lived.

But none of the assaults had been reported with more than a sentence in the newspapers.

My husband was physically assaulted as a child

When my husband was in elementary school a man in a car drove up alongside him and suggested he get in. Another time, a demented older man beat him up, screaming, “You cheap Greek,” while whacking him on the back.

We teach our children to be respectful to adults.

In school children get extra praise when they are compliant and polite.

It’s one of the worst truths of parenting that bad things might happen to our children no matter how hard we try to stop them.

We can’t control everything.

We can teach our middle school children to have street smarts

If I listened to my intuition when that stranger was stalking me instead of second guessing myself, I may have avoided being attacked.

But we need to give our children the tools to cope in difficult situations.

We need to talk about how to avoid being kidnapped or harmed with our children, with our friends, and with everyone in the community so that we can all come together to keep our children safe.

It’s important to keep in mind that even though attempted abductions make the headlines, attacks by strangers are less likely than sexual or physical abuse by someone your child knows.

I know what you want to do is never let your child out of your sight, never allow them to walk to school again, and accompany them even when they go to the bathroom.

But hovering around them 24/7 is not only impractical, it may be counterproductive.

Here’s the best advice I’ve gleaned from my reading, self-defense classes, and personal experience (with being both sexually assaulted and robbed by strangers) about keeping children (and adults) safe.

1. There’s safety in numbers: In Japan children walk to school by themselves when they are six years old. But they usually walk with other children and they are taught to keep track of each other and be aware of their surroundings. There is safety in numbers. If your child wants to walk downtown to go shopping, saying no is not the answer. But insisting that she bring a friend will help to keep her safe.

2. Walk with confidence, awareness, and with nothing in your hands: One of the reasons I was a target that day was because I was walking with my shoes in my hands. I was also loaded down with books from my job. Teach your children to stride confidently, be aware of anything unusual, and always have their hands free when they’re walking.

4. Role-play different scenarios so kids can practice: At self-defense workshops (see #3) you usually do a lot of role-playing. You can do this with your family too. I role-play with my kids in two ways. One is that we talk about a scenario and brainstorm solutions. “What do you do if a nice-looking woman drives up and says she’s a friend of your mom’s and has some kittens in her car and asks you if you’d like to see them?” or “How do you think you should respond if you suspect someone is following you?” or “What do you say if a man orders you to GET IN THE CAR RIGHT NOW?”

One of our best conversations started like this: “I read an article about a 10-year-old who went to the store to buy bread for her mom. A man in the store said hello to her and noticed she had a bruise on her leg. When she was walking home, he pulled his car alongside her and told her to get in. She was a well brought up, quiet girl and the man shouted at her. She knew she should do what grown-ups tell her to so she got in the car… What would you have done?”

[that’s a true story, by the way, with a happy ending. It turns out that man was a convicted sex offender on probation. A brave woman saw the girl get into the car and the scared look on her face and she rolled down her window and said, ‘Do you know that man?’ When the girl shook her head, she wedged her car in so the man couldn’t pull away from the curb and rescued her!].

The other way we do this—and I started playing these games with my girls when they were 3 and 4 years old—is to actually act out a scene. I play the bad guy (they love this) and I try to herd them somewhere. They take turns shouting: “NO! GO AWAY!” and running off (TOWARDS SAFETY NOT AWAY FROM DANGER.) They think this is a lot of fun and we keep doing it until my soft-spoken daughter shouts at the top of her lungs. At the beginning of this game she forgets she doesn’t need to be polite, saying quietly, “No, thank you. I would not like to do that. Goodbye now.”

We need to give our children license to SHOUT, SAY NO, RUN AWAY, and SEEK SAFETY if an adult asks them to do something inappropriate, a stranger approaches, or anybody acts in a menacing way towards them.

6. Teach middle school children to resist: Not everyone will agree with me, but I believe that even if a stranger has a gun or other weapon, children must learn to fight back. You kick them in the privates, bite their hand, wiggle away, and then run to safety as fast as you can. If a man is going to threaten a child with a gun in broad daylight, the most important thing is to get away and get away fast. Most criminals want to do unspeakable things. They are not trying to kill the child but kidnap them to kill them later.

7. Don’t wait to have these conversations: There is no magic age. It’s never too early to empower your children to be strong and speak up. There are picture books about this for younger children. Two of our favorites are: The Berenstain Bears Learn About Strangers and Once Upon a Dragon: Stranger Safety for Kids (and Dragons).

8. It doesn’t matter what they look like: We all have a misperception that someone who would want to harm us or harm our children will look scary. But that’s not true. The most effective scam artists are the ones who look clean-cut and nice. It’s a hard lesson to learn but it’s important children know it may very well be a well-dressed person who tries to harm them.

9. Safety is a community affair: If just one driver had stopped when the man who had assaulted me was rushing away, he could have been arrested. It’s our responsibility as adults, community members, and good neighbors to look out for each other. James called the police last year when some teenage girls on the bike path ran towards him and our kids giggling in a strange way. He asked them what happened. They told him a naked man was in the bushes. The police later called to thank him: they’d been trying to get that guy for weeks and this time they nabbed him. We all need to notice our surroundings and help each other so that disaster prevention becomes a community affair.

How do we empower middle school children without scaring them? Are you worried about the recent attempted kidnappings in Southern Oregon? What advice do you have about keeping children safe?

« What Every Writer Needs to Know: Take-Away Lessons From ASJA 2012
Gone Fishing »