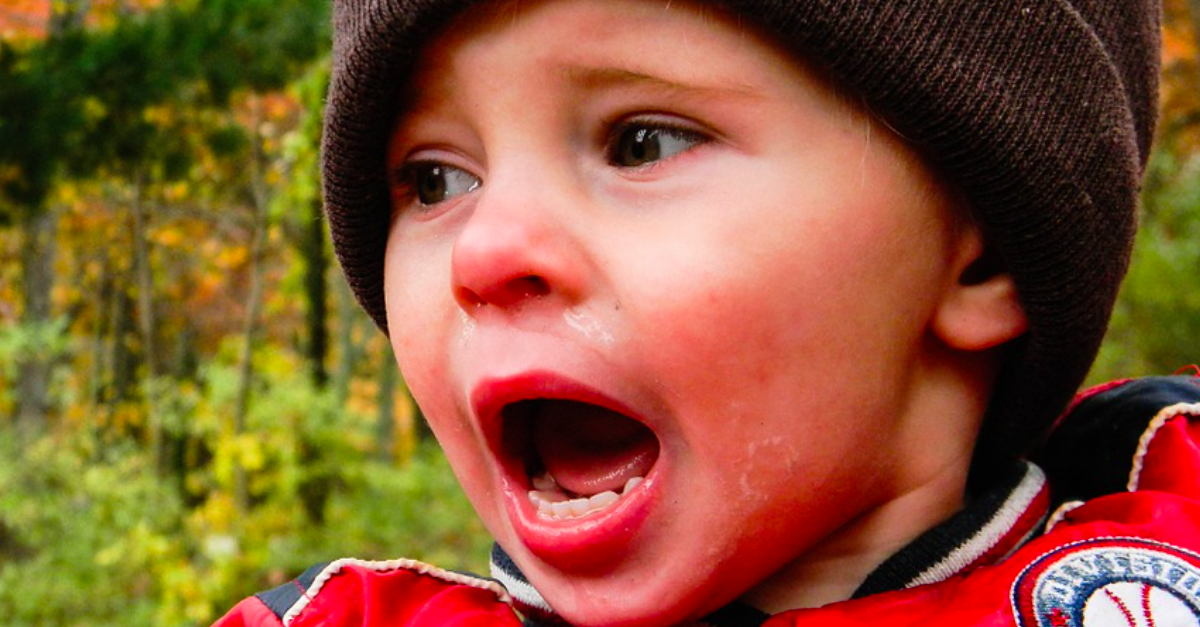 Did you send your feverish kid to school? Have you done all your kid’s chores? We’ve all had our bad parenting moments.

Any of these bad parenting moments sound familiar?!

You banged your baby’s head against the door on the way to the bathroom by mistake.

You let your toddler stick a pussy willow up her nose while you were watching and somehow managed not to stop her.

You forgot to take your kid to soccer practice.

We all have a bad parenting story to tell. Some of us have many.

The honest truth is that sometimes I feel like I’m screwing up all the time, unable to keep on top of the everyday exigencies that other people have no trouble handling.

On the worst days I wish my children didn’t have to have me for a mom. Then I feel guilty for having such low self-esteem. But secretly I know they’d be happier, better adjusted, and have more confidence with a different mother.

One who uses humor instead of temper to make a point, one who doesn’t use the f-word, ever, in front of or at her children, one who manages to keep the house clean and fold the laundry with a good attitude.

I have a friend with four children who is an attentive and loving mother but was the only parent to miss an event at her kids’ school where her son actually gave a speech (no one told her).

So I asked some of my favorite bloggers, who are all moms I admire, to share their worst moments.

My hope for moms, dads, caregivers, and friends without children who read this is we’ll all see something of ourselves in these stories, and that other people’s spectacular screw-ups will help us be a little kinder to ourselves.

I compiled this round-up, a different version of which was published on Mothering.com, to honor all of us parents who make mistakes.

1. I Gave My Husband and My Daughter Food Poisoning

Once I left yogurt that was past due in the fridge (the thought was that I didn’t want to stink up the garbage and I would toss it on trash day).

My hubby and my youngest daughter ate the whole thing—hubby had tummy pains, my daughter, who has a sensitive tummy, threw up all morning.

That was about a year ago but I still feel bad. —Kristen Gough

2. I Let My Kid Watch a Polar Bear Attack a Helpless Lady

I was struggling to meet a writing deadline. My husband was out for the evening. My daughter was home, but it wasn’t bedtime yet.

I said, “Hey, do you want to watch TV?” and turned on either the Learning Channel or the Discovery Channel.

One of them had a show about sharks, and my kid—then age 5—loves sharks.

She starts watching. I start typing. She interrupts me a few times–for a drink of water, to pause the TV so she can go potty, and so on. I give her the “Mommy is working. Please don’t bother Mommy when she is working” talk. Now I’m really jamming away on my assignment. My daughter is saying quietly, “Mommy, come here please.” I say, “In a minute.” She says, “You said “in a minute a minute ago.” I say, “Really, I’m just trying to finish this up. Just a sec.” This goes on, her asking me to come over, me telling her in a sec.

Next thing I know she’s screaming, “Mommy! I need you now!” and she’s crying. On the TV there’s footage of a polar bear and it’s eating the rear end off a woman who somehow fell into the polar bear enclosure at the zoo. That’s when I realize that she was never watching the nice little show about sharks that was supposed to be on. No, that entire time she was watching something like “Zoo Animals Go Wild” on the television.

It took me forever to calm her down. All the while she kept asking, “Why didn’t you come when I asked you to come?”

Now, even months later, she mentions that show and asks, “Why did you let me watch that show about the polar bears?” —Alisa Bowman (read more about Alisa Bowman here.)

3. I Took My Laptop On The Ferris Wheel

I’ve accidentally knocked the baby’s head against the doorframe many times. And once, I insisted, against much protestation that my son STOP MOANING AND PUT HIS SHOE ON, only to discover quite a bit later that there was an old sock crumpled up in the toe of the shoe the entire time. But my real BAD MOMMY MOMENTS are much less obvious and much more insidious. Subtler than eating all the chocolate Easter eggs, fooling the children into thinking bedtime is 30 minutes earlier so I can get to my Chardonnay, hiding the vegetables so a 5 year old is tricked into eating something healthy. My BAD moments all involve my laptop/Blackberry/cellphone/INTERNET addiction. The need to be constantly online working/emailing/blogging/Facebooking and of course, my latest addiction, Twitter.

My lowest (highest) moment was when I found myself going round and round the Ferris wheel with the kids with my laptop on my lap, working! In my defense, I had to work (really, promise! It was actual work this time) and they wanted to go to the amusement park. So we decided to do both. I took my laptop on the rides with them. It was a win-win situation, although I did get quite a few horrified looks from the other (better, more focused) mothers. Hey, at least I made my deadline AND the kids had fun. — Tertia Albertyn

4. I Was So Busy Talking On the Phone That I Let My Daughter Get Trapped in a Box

On our patio is a deck box which is supposed to hold all the outdoor toys.

One night we were having a barbecue with family and the kids thought it was funny to go in the deck box and “hide” while we were all sitting there. My daughter was three years old.

One week later my mother calls me and I’m walking around the house cleaning and doing whatever as she rambles on, interjecting “oh my god.. you’re kidding! so it was on sale?” and just going about my business. The boys come in because my husband is about to mow the lawn and they turn on the TV to avoid helping. My mother is still talking, the lawn mower starts up, and I’m still walking around the house now straining to hear her over the mower and cartoons on TV.

My daughter’s not in the house and so now I’m going from room to room to look for her in the yard assuming she’s either on the swing set or in the sand box.

I can hear her calling me but it sounds far away. My mother talks a LOT and it’s hard to interrupt her to say, “I’ll call you back” so I just keep “uh huh’ing” while looking for Annabelle.

Now I’m getting more annoyed at all the extra noises (mower, TV, my mother’s Walmart rant) and I say, “Have to go… no… I have to go… I’ll call you later.” Without waiting for the answer I hang up.

I can hear Annabelle crying, “Mama!” but she sounds so far. I suddenly turn my head and look at the deck box. I open it.

There she is, so small, all sweaty, clutching her blanky, tears streaming, crouched in corner. She went to hide in the box but when nobody came looking for her she wasn’t strong enough to open the top. — Claudine Jalajas

5. I Let My Baby Almost Drown Because I Was Too Scared to React

When our first-born, Will, was still a baby, we took him swimming in our wonderful bay. We live on the Old Mission Peninsula which juts 18 miles into Lake Michigan, just north of Traverse City, Michigan. So we have East Bay on one side (that’s the side we live on) and West Bay on the other side of the peninsula.

Hubby Tim had Baby Will in his arms near the shore, and stepped wrong and fell over.

I was on the beach—and they were just a few feet into the water, so they weren’t very far out or anything—but I almost passed out when I saw Tim start to fall over.

I felt like I was moving in slow motion … trying to get to them before Will hit the water.

When Tim was scrambling to his feet under the water trying to get to the baby, he looked over and saw Will happily swimming under the water, eyes wide open, like a little fish.

So I can now confirm that babies really can swim when they’re born—at least in Will’s case. He loves the water to this day. —Jane Boursaw, Reel Life with Jane. 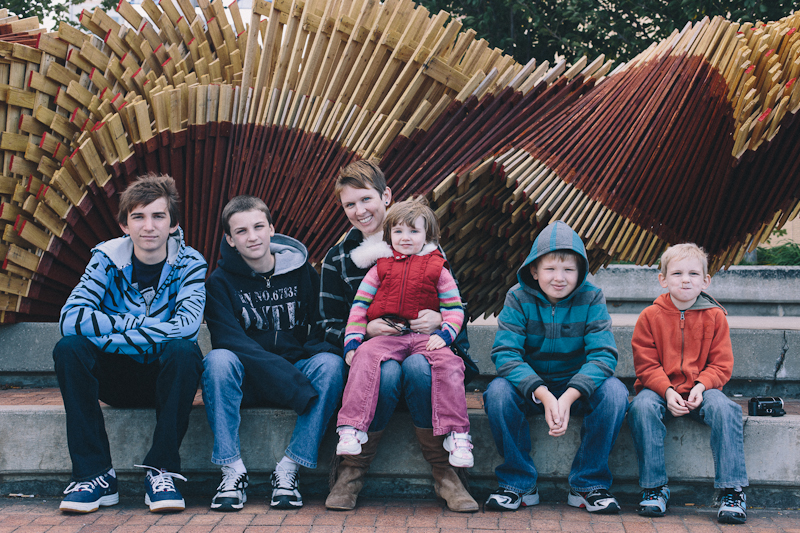 6. I Was The ONLY PARENT Who Didn’t Show Up For My Sons’ Thanksgiving Feast at School

My sons (now 12 and 10, at the time 8 and 6) had just started at a brand-new school in a small town where we didn’t know many people yet. A note had come home about a special Thanksgiving lunch for the two oldest, but I had kind of blown it off—I was hugely pregnant (about a week from my due date), and at the school my sons had gone to previously it seemed there was always some big ‘event’ or other to sign up for. I was picturing a “special” dinner of cafeteria sliced turkey and cranberry sauce.

I happened to run into one of the other school moms in town that afternoon, and she said “Oh, I wish I had your cell phone number—I would have called to remind you about the Thanksgiving feast!”

As it turned out, at this school, the Thanksgiving lunch is The Event Of The Year, with real home-cooked turkey, giveaways, games and a little concert from the kids—and my sons were literally the only children there who didn’t have a parent or some other special person with them.

My oldest son had wandered around with tears in his eyes until this other mom felt sorry for him and “adopted” him for the afternoon.

The worst part of it was, I didn’t have any good reason for not going to the lunch.

I just didn’t realize how important it was, and was feeling tired and uncomfortably pregnant and blew it off. Now I am so much more careful about carefully reading those notes that come home from school, and if I don’t know much about an event, I ask other parents to get a sense of how big a deal it is. —Meagan Francis

What bad parenting moments have you had?! Ever forgotten to pick your kids up at school or been the only mom (or dad) with spit-up on your shirt and unkempt hair at a fancy kid function? If you’re brave enough, we’d love to hear about your worst parenting moment in the comments section below.

« On Professional Editing and Why I Charge My Friends For Advice
There’s No Place Like Home: Why Having a Home Birth is a Good Option »