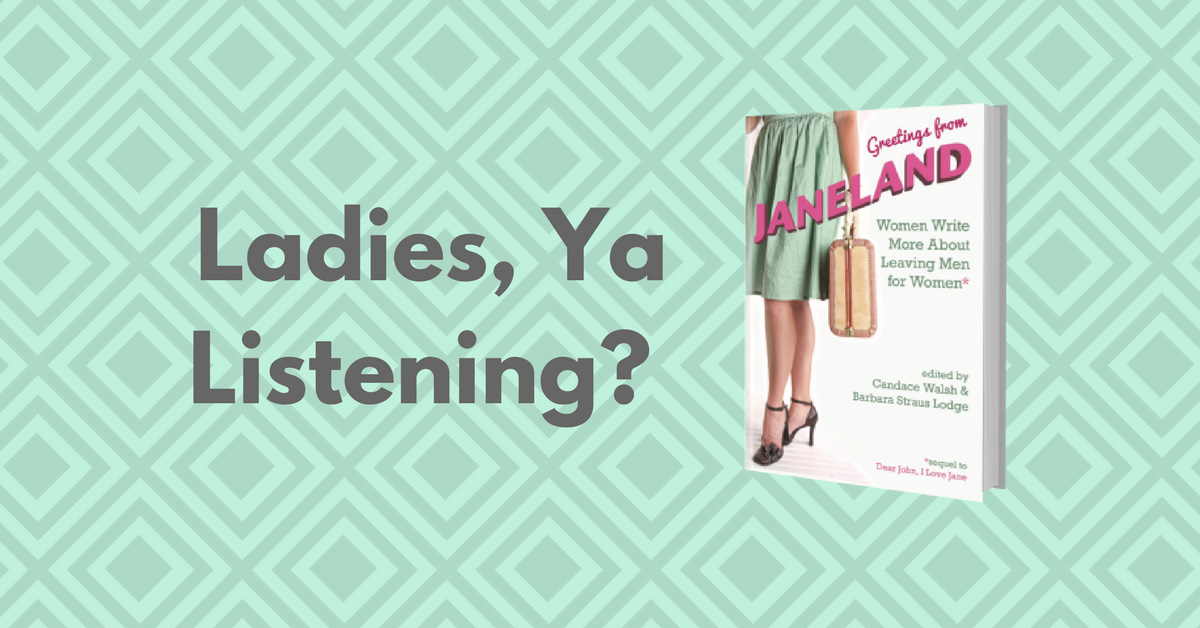 I got my hair cut short a few months ago. My soccer buddy Nicole was impressed.

“Looking good!” Nicole said, rubbing the back of my neck.

“Wait, what?” Nicole sounded taken aback. She’s married (to a man) and lives in the town north of mine, which is a little more conservative than our hippy haven. Now all the soccer ladies were listening. “You don’t look like a lesbian!” Nicole said.

“Darn,” I answered. “I like it when cute girls make moony eyes at me!”

I didn’t tell the soccer posse that I dated women in college, that I feel as comfortable flirting with women as I do with men, that I could easily have settled down with a woman if I had met the right one.

I’m definitely not straight. I guess some people are. But personally, I think sexuality and attraction happen on a continuum and that what matters most is the person, not his or her or their gender.

My co-author, Paul Thomas, M.D., grew up in the Methodist church. His mom left his dad for a woman when she was in her forties. She had known for a long time that she was gay. But she was also a pastor’s wife. And it took her a long time to come to terms with her sexuality.

Which is why Candace Walsh and Barbara Straus Lodge’s new anthology, Greetings from JANELAND: Women Write More About Leaving Men For Women, is so refreshing.

Like Walsh’s previous anthology, Dear John, I Love Jane: Women Write About Leaving Men For Women, Greetings From JANELAND is populated with stories about women leaving men for women, and about people who broke through social and cultural barriers to stand in their truth. Women like:

Darshana, an Indian woman of marriageable age who was instructed to marry the man chosen by her parents. Darshana mustered the courage to admit her attraction to women and was immediately directed to see a doctor, get “hormone pills,” and change back to “normal.”

Amelia, a successful writer whose wife received a serious cancer diagnosis. She found it necessary to come out as gay to every specialist, surgeon, and oncologist so she would be regarded as family rather than a random friend or person in the room.

Jeannot, a married very feminine Catholic twenty-something with a baby and toddler. She met and fell in love with Ashley, a beautiful trans woman. She began her own coming out journey which led to the discovery of their unique trans identity.

Carla, a devoted mother, who split from the father of their bi-racial son to honor her lifetime attraction to women. She soon learned bullies were swarming her child at school, telling her kid that, “having a lesbian mom [is] worse than being sold for crack by a straight mom.”

There are all kinds of juicy stories in Greetings From JANELAND, including ones by writers whose names you may recognize: BK Loren, Leah Lax, Emily Withnall, Elizabeth Gerard, Cassie Premo Steele and Louise Blum.

Candace Walsh was an editor at Mothering when I was a contributing editor there. (We had an amazing team, including the formidable fact-checker Melissa Chianta.) Candace lives in Santa Fe, New Mexico. We’ve actually never met in person. But when her memoir, Licking The Spoon, came out in 2012, Candace Skyped into our book group. We pretty much all agreed it was one of the best discussions we ever had.

A caveat: If you’re happily married to a person of the opposite gender, you may want to hide it where your spouse won’t find it.