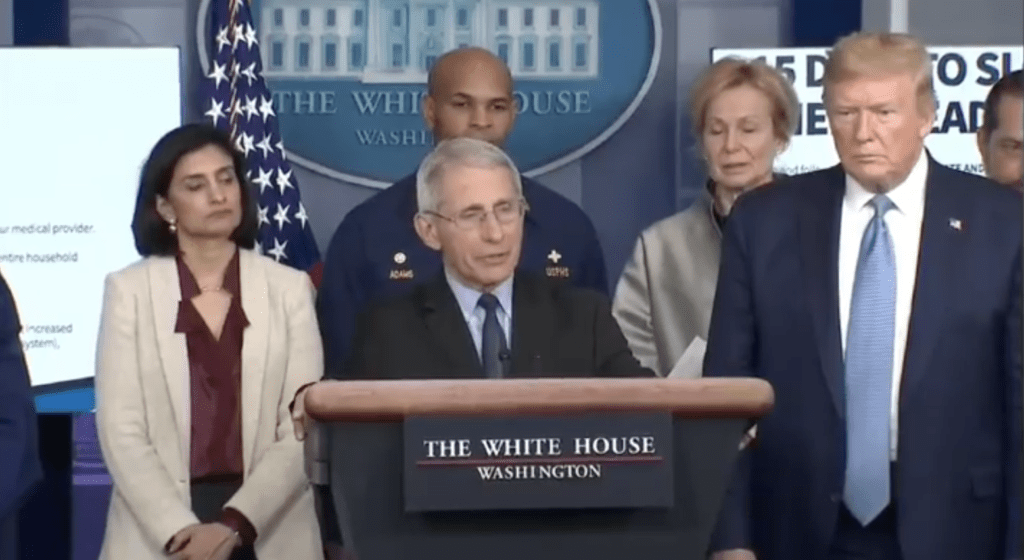 During a press conference at the White House on March 16, 2020, Dr. Anthony Fauci announced that a coronavirus vaccine trial was about to begin.

As urgent as the cries for a coronavirus vaccine have been from some quarters, some of the nation’s top doctors, immunologists, and epidemiologists are urging caution.

On March 5th, Peter Hotez, M.D., professor and dean, National School of Tropical Medicine, Baylor College of Medicine, testified before the Congressional Committee on Science, Space, and Technology. In his testimony, Hotez, a champion of the current CDC vaccine schedule who relentlessly attacks “anti-vaxxers,” mentioned that the danger of some respiratory vaccines is “immunopotentiation,” a “problem that sometimes plagues coronavirus and other respiratory virus vaccines.”

Vaccine makers first encountered difficulties making a safe vaccine that worked effectively 50 years ago while trying to develop an RSV vaccine. Respiratory syncytial virus, or RSV, can cause acute respiratory problems. Though nearly all American children will be infected (and often reinfected) with it before age two, RSV can be especially dangerous for premature infants and children with underlying chronic conditions. Some children who were vaccinated with the new product became seriously ill once they were exposed to wild RSV. Two of the toddlers in the study tragically died. More recent attempts at creating an RSV vaccine have also failed.

Manufacturing a respiratory virus vaccine that does not induce damaging inflammation or immune over-activation is a real challenge, Hotez has also said. The animal model phase should not be skipped in favor of human testing, though in the case of a coronavirus vaccine it already has. In order for a coronavirus vaccine to be safe, it must be thoroughly vetted and tested. Many are concerned that fast-tracking a vaccine means cutting safety corners.

“We can [actually] make a vaccine pretty quickly now,” Hotez said in an interview with the Texas Tribune. “That’s not the hard part. … The hard part is making certain that it’s safe and that it actually works.”

Increased immunopathology with a coronavirus vaccine

James Lyons Weiler, Ph.D., argues that, with the current technology, it may not be possible to vaccinate against coronavirus without creating tremendous autoimmune problems.

As far as being a potential source for autoimmune-inducing molecular mimics, SARS-CoV-2 is a nightmare. Out of all of SARS-CoV-2 immunogenic proteins, only one does not contain one or more epitopes that are similar to human protein. Considering that, as a coronavirus, like its close cousin SARS, and distance cousin MERS, SARS-CoV-2 seems to be a serious contender for a type of virus that can, if made into a vaccine, cause enhanced disease (something once called “Immune Enhancement”), can occur via a process we can refer to as “Pathogenic Priming.”

…It looks to me that the expected increased immunopathology that will likely occur in vaccinated individuals if they become infected with SARS-CoV-2 following vaccination may represent additional autoimmunity—in other words, vaccine induced autoimmunity—something that we’ve seen solid examples of in the past…

Coronavirus vaccine a “sexy solution” that might not work

On March 16th, Dr. W. Ian Lipkin, M.D., a professor of Epidemiology at Columbia University, went on MSNBC to convey his disbelief that money is being thrown at what he called “sexy” solutions, meaning the vaccine race, rather than “tried and true repurposing of old drugs” as new treatments.

Lipkin stated that treatment with older drugs are being overlooked because they are not patentable and therefore not profitable.

Then there’s Paul Offit, M.D., Chief of the Division of Infectious Diseases, Children’s Hospital of Philadelphia. Offit has been especially outspoken against how public health has been dealing with COVID-19.

Offit, who is also usually an unabashed champion of childhood vaccines, has written Facebook posts and given interviews, like this one, urging caution about a coronavirus vaccine.

Offit is worried about a vaccine race. He hopes we don’t rush through safety testing, even as vaccine developers have already skipped animal modeling and gone straight to humans.

Which will do more harm, the virus or the fear of the virus?

Why are we so scared of the novel coronavirus, COVID-19?

The novel coronavirus circulating in the United States—the one that has caused us to shut down schools, restaurants, sporting events, and virtually every aspect of our culture—falls into none of these categories. Nonetheless, people are scared. Really scared.

China, where COVID-19 originated, has reported roughly 3,000 deaths. The population of China is about 1.4 billion, three times greater than ours. If we suffer an equivalent proportion of deaths, then 1,000 Americans will die from COVID-19, one-twentieth to one-fiftieth of the number who have died from influenza.

Italy has reported roughly 2,000 deaths from COVID-19 and, as a result, has shut down the country; only grocery stores and pharmacies remain open. Italy has a population of 60 million, about one-fifth of the U.S. population. If we suffer an equivalent proportion of deaths, then 10,000 Americans will die of COVID-19, about one-half to one-fifth of the number of deaths from influenza.

Not everyone, however, is at equal risk of dying. The virus primarily kills the elderly and those suffering from chronic diseases, which explains the situation in Italy, where 25 percent of its population is more than 65 years of age; in the U.S. it’s 16 percent.

Shouldn’t we focus on common sense things like washing hands several times a day and standing clear of people who are coughing or sneezing. The federal government can also help by making it easier for businesses to allow people who are ill to stay home.

In 2009-2010, the world suffered an influenza pandemic caused by swine flu; about 203,000 people were killed by the virus; 12,000 in the United States. The novel coronavirus has killed about 6,000 people to date; 62 in the United States. It doesn’t make sense to shut down our entire way of life to try and stop a virus that is unlikely to harm healthy people and will be far less devastating than the influenza epidemics that we experience every winter and the influenza pandemic we experienced ten years ago.

The numbers have changed since Paul Offit wrote this post. For example, the official death toll in Italy has now surpassed 20,000. But though we’ve been hearing panic-inducing reports all day every day, much of what Offit wrote here is still true: this virus can make people very sick. But the vast majority of people who get it will recover without harm. And, we have to ask, why is Offit, also Director of the Vaccine Education Center, so vocal cautioning against fearing coronavirus and welcoming a miracle coronavirus vaccine?

Lessons from the dengue fever vaccine

Is it because the Filipino dengue vaccine debacle is not yet distant history? Dengvaxia was a vaccine developed to fight dengue fever. The vaccine was greenlighted by the Philippine FDA in December 2015. In April 2016, the Philippine government spent $67 million on a public school–based immunization program for Dengvaxia. What was touted as a miracle vaccine turned out to be the opposite: When given to children who had never had dengue fever, the vaccine exacerbated cases of dengue in children. The Philippine government halted the campaign due to vaccine safety concerns. But it was too late. At least 130 vaccinated children had already died and criminal charges were leveled against one of the main researchers.

Millions of people will likely line up for an unsafe, fast-tracked coronavirus vaccine. A fast-tracked vaccine with no proven safety record that sickens and kills hundreds or thousands of people, or that causes insidious autoimmune diseases, will be a public health disaster, potentially doing more harm than the virus itself and leading to the end of all trust in the vaccination program in this country.

Years ago I interviewed Paul Offit. I quoted him extensively in an article I wrote for Mothering magazine called “The Vaccine Debate.” I was struck by his thoughtfulness, intelligence, and willingness to have a dialogue. The photographer Mothering sent to take pictures of him for the article brought her unvaccinated 3-year-old along. She was nervous about meeting Offit, who has been so critical of non-vaccinating families. She reported back that he was anything but judgmental. The shaming scolding public figure was personable and kind, engaging her 3-year old and happy she was there. So perhaps no one should be surprised that Offit, though in the past he’s recommended “journalism jail” for journalists who write about the downside of vaccines and report on children with vaccine injuries, recently referred to vaccine safety advocates as “heroes.”

I am heartened by Paul Offit’s thoughtful and nuanced anti-status-quo opinion about the coronavirus crisis and the coronavirus vaccine. Perhaps the apology so many of us have been waiting for will be coming soon? A girl can hope.

I’ve long argued that “anti-vaxxer” is a meaningless term, one that is often used to stir up hate. Most families who speak out in favor of vaccine safety did everything their doctors told them. They vaccinated on schedule, used acetaminophen, gave their children antibiotics, all according to the doctor’s orders. And they watched their children’s health decline before their eyes.

These families aren’t “anti-vaxxers” but “ex-vaxxers.” They may be portrayed by the mainstream media as “selfish” or “crackpots” but that is simply not true. Those pushing the government for a safer vaccine schedule aren’t anti-vaccine any more than champions of safe driving are “anti-car.” Instead, they are in favor of medical choice. They promote safe vaccination, vaccine safety, and children’s health.

When considering a coronavirus vaccine we have to ask the question: Which is more important, people or profits? Maybe you blindly follow the CDC’s current vaccine program, maybe you space out vaccines for your family, maybe you have deep reservations about vaccination, or maybe you’re squarely in the “anti-vaccine” camp. Whatever your feelings about vaccines, we can all agree: Our nation’s health is far more important than Big Pharma profits, even as Big Pharma is partnering with the NIH and helping fund the CDC. 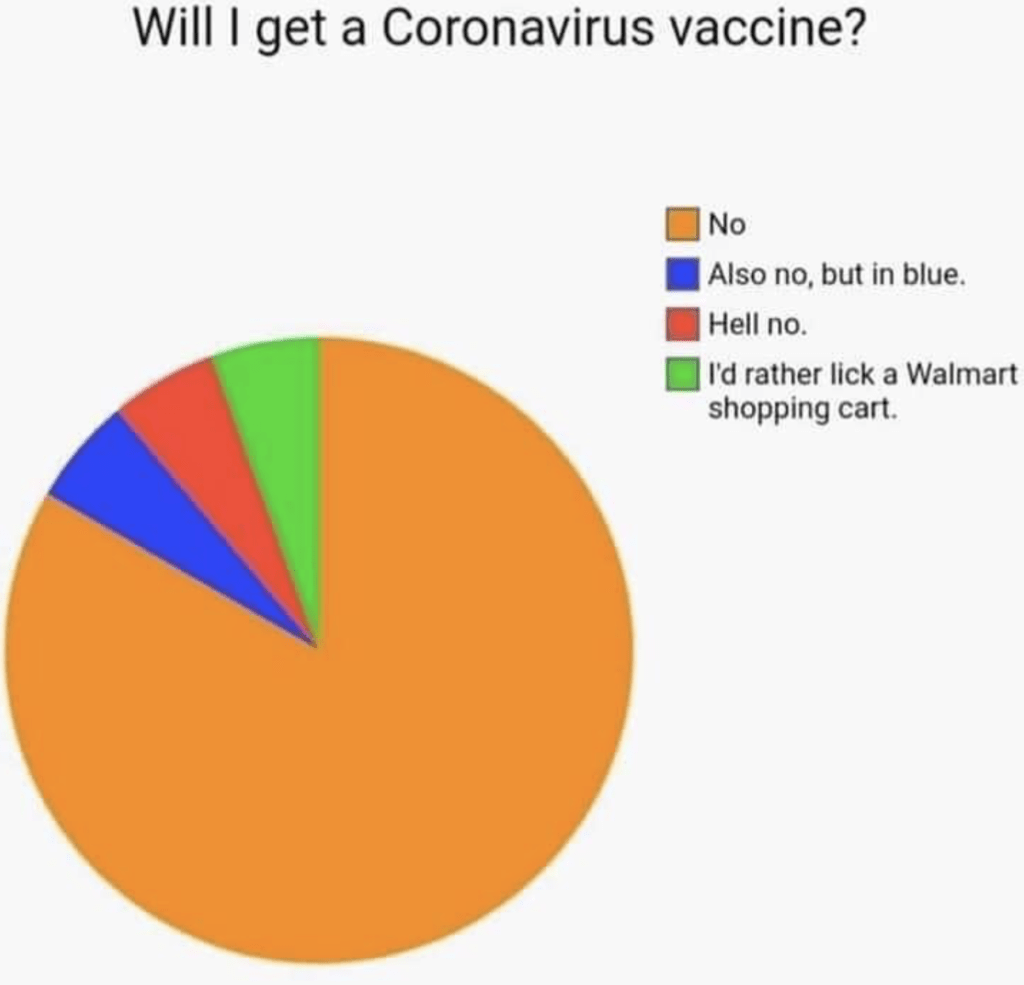 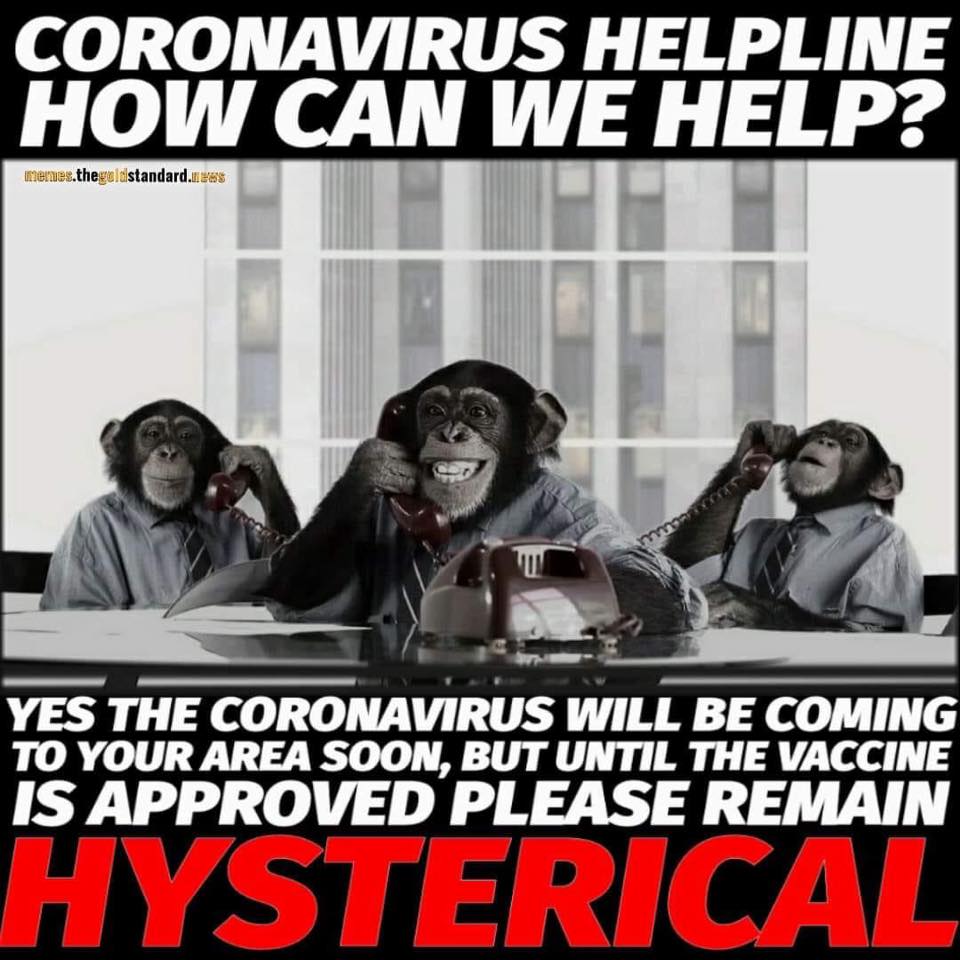 Related articles:
💉 13 Reasons Why the CDC is Right and You Should Vaccinate Your Kids
🚀 Launching a Book During Coronavirus (a Thriller Called The Herd)
👶 Aluminum Toxicity in Infants and Small Children
🔦 Vaccine Safety in the Spotlight at Times Square
🖇️ Glyphosate and COVID-19

« Science is Never Settled: Scientific Debate Critical to End Pandemic
Nobody Wants to Talk About Suicide and COVID-19 »