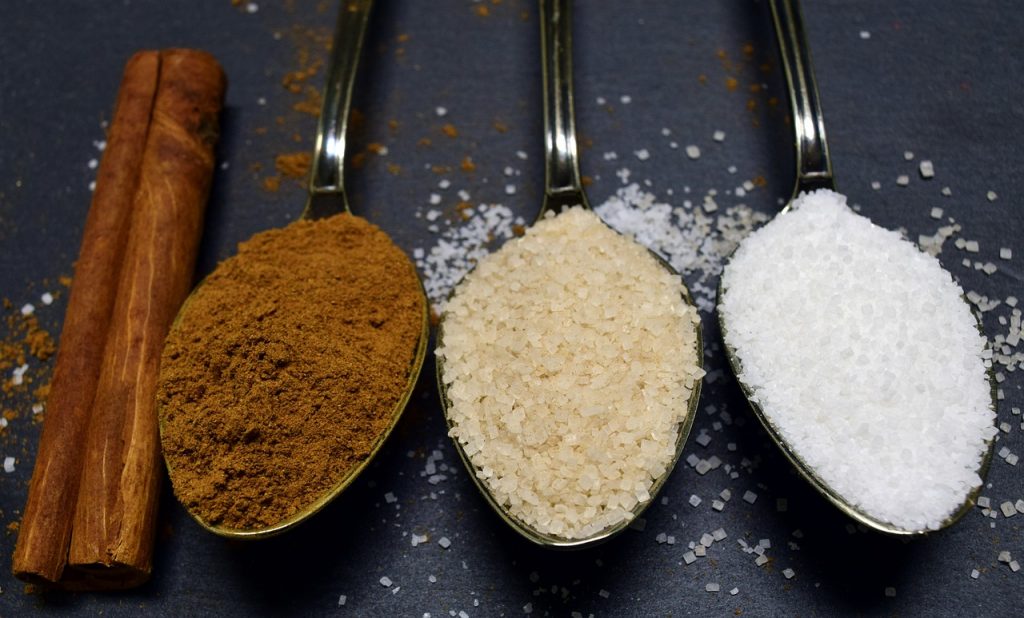 Sometimes it seems like my kids are always fighting. And this afternoon is no exception. My eight-and-a-half-year-old daughter decides she wants to read ’Twas the Night Before Christmas to herself on the living room couch in the exact place where her little brother is already sitting. Instead of asking him to move over, she hurls her brother off the couch and then feigns instant engrossment in the book. Her brother prepares a counterattack for having been forcibly ejected without provocation from his coveted spot: he spins a stuffed bear around his head and launches it at his sister as hard as he can.

The bear lands so far from my oldest daughter, Hesperus, that if she had really been reading Clement Clarke Moore’s poem she wouldn’t have noticed.

Instead she screams: “ETANI STOP IT! I’M TRYING TO READ AND YOU’RE BOTHERING ME! MO-OM! ETANI THREW HIS BEAR AT ME! I HATE HIM! I HATE HAVING A BROTHER!”

My son grins, looking pleased with himself. Feeling herself on the losing end of the battle, Hesperus scrambles off the couch and starts to run, looking behind her to make sure her brother is following. Then she shrieks: “NOW HE’S CHASING ME! WHY CAN’T HE JUST LEAVE ME ALONE?!”

I rub my aching temples. It’s hard to get into the holiday spirit when my children are at war. Hesperus used to fight with her younger sister but she doesn’t anymore. The minute their baby brother was born Hesperus and Athena became fast friends, united by the presence of an unwanted new addition to the family.

Athena, who’s six, does her best to get along with everyone. She is at an age where she is happy to tie a bandana on her head and play pirates with her little brother but is also perfectly content to sit quietly drawing landscapes, mountains, and rhododendrons with her big sister. 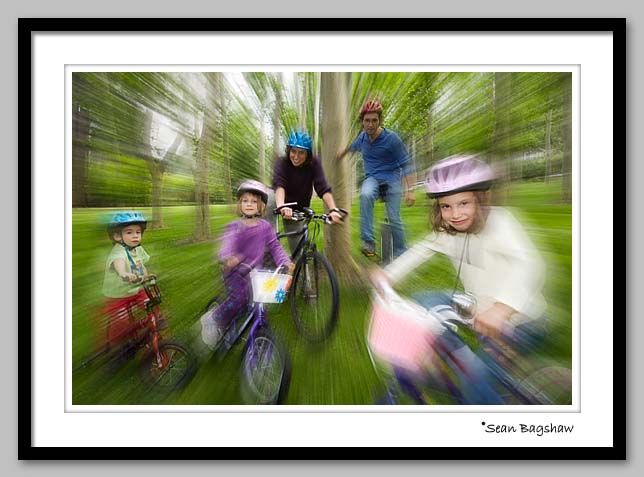 The author with her cinnamon-loving family. Highly stylized photo by Sean Bagshaw.

Only Athena can’t do both at the same time and invariably either Hesperus or Etani ends up feeling left out.

So instead of playing with Athena, they spend most of their time finding unique ways to annoy each other and drive their parents crazy.

Out of breath from the chase, Hesperus invites Athena to play Beauty Salon. Never tired, Etani tears around the house with a stick for a sword tied at his waist.

A swashbuckling pirate, he knocks over their nail polish. Instead of apologizing, he brandishes his sword in the air and cries, “Ha ha!” in the most sinister voice he can muster.

“You’re going to have coal in your stocking this year,” Hesperus scolds him. “Santa knows you’re being bad.”

At dinner that night Hesperus decides to improve her orange juice. She shakes so much cinnamon in it that there’s a brown skin on the top. Then she starts drinking it noisily through a metal straw.

“Good idea!” Etani cries, shaking cinnamon on his whole-wheat spaghetti, adding some parmesan cheese, and then eating it with lip-smacking enthusiasm.

My kids are always fighting, except about cinnamon

The only thing they don’t fight about is cinnamon. Athena doesn’t particularly care for it (she also isn’t partial to anything spicy or minty or tomatoey or gooey or hot or watery or sugary or salty). But Etani loves it. And Hesperus loves it. And they both love sneaking cinnamon, whenever and however they can.

The next day I set out the ingredients to make stollen, a traditional holiday yeasted fruit bread that’s such a big production and dirties so many dishes that I only bake it once a year.

Hesperus and Etani both want to help.

“Oh,” Etani cries, dismayed, as Hesperus adds milk to the batter. “I wanted that pouring job!”

“Etani got to do the flour, Mommy, so I should get to do the eggs!” Hesperus protests.

I go to the refrigerator to look for more yeast. Everything is suddenly silent. I peer around the fridge door to see what is going on.

Hesperus dumps half the jar into the dough.

They look at each other and grin. Cinnamon trumps all. 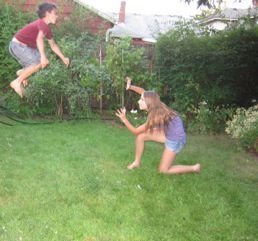 So, if your kids are always fighting, what do you do?

Step out of the way: This may seem counterintuitive but sometimes kids who are always fighting just need you, the parent, to step out of the way. Send them on an errand together. Give them a few dollars and have them go out for pizza without you. Drop them at the movies and teach them how to walk home safely by themselves.

Catch them doing something right: Instead of scolding your kids for fighting, catch them getting along. You don’t have to mention it while it’s happening, but tell them how much you appreciate it when they are working together at bedtime or the next day. “I like the way you helped your brother with his homework sheet yesterday,” you might say. Or “It was really fun to watch you and your jumping on the trampoline.

Give them a break from each other: Sometimes siblings just don’t get along. They need time and space away from each other. Sometimes when they’re separated for awhile and get the space they need, they enjoy each other more when they see each other again. If you have a big family like ours it’s also important to make an effort to have one-on-one time with each of your children. Easier said than done, I know.