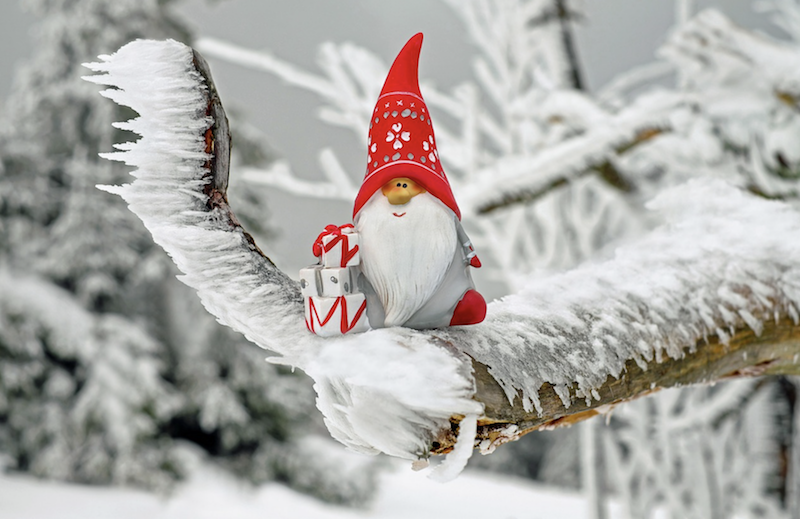 Mokoto Rich, writing in the New York Times in 2008 explores how many booksellers and publishers were having the holiday jitters.

Booksellers and publishers were expecting a bad holiday season because of the general downturn in the economy.

I was talking to a custom publishing company the same day the article was published and they said that they weren’t feeling any economic pinch.

The reason? This custom publishing company sells their books to gift shops, toy stores, maternity stores, and other retailers who cannot return merchandise.

Booksellers, on the other hand, always have the option of returning books that don’t sell to the publisher, which means that a sale is not really a sale.

Authors notice this on their book statements—it may say that 1,200 books have been “sold” but then X number have been returned.

Here’s the gloom and doom from the New York Times about why booksellers and publishers are nervous:

Like many businesses across the retail sector, the publishing industry has been hit by a raft of doom and gloom in the past few weeks. Leonard S. Riggio, chairman and largest shareholder of Barnes & Noble, said in an internal memorandum predicting a dreadful holiday shopping season, as first reported in The Wall Street Journal last week, that “never in all my years as a bookseller have I seen a retail climate as poor as the one we are in.”

Last week HarperCollins, the books division of the News Corporation, reported that fiscal first-quarter operating income had slid to $3 million from $36 million a year earlier, despite its publication of the Oprah Winfrey-anointed novel “The Story of Edgar Sawtelle” by David Wroblewski. A week earlier Doubleday Publishing Group, a unit of Random House, laid off 16 people, a 10 percent cut in staff. At the time the company said the move did not presage further layoffs in other publishing divisions, but industry insiders said they would not be surprised to see more.

Also this month Rodale, the magazine and book publisher, laid off 14 people in its book division, a little more than 7 percent of the staff.

Yet celebrity book sales are still up as high, if not higher, than usual, which makes booksellers and publishers happy:

For now, both publishers and agents said the penny pinching was not yet sinking seven-figure book deals. Although some might be cautious about signing a debut novelist, most publishers said they were still aggressively pursuing deals for celebrity books and others with natural best-seller prospects. Last month Little, Brown & Company signed a deal with the comedian Tina Fey for a sum reported as more than $5 million, and Jerry Seinfeld was out with a book proposal this week that some publishers suggested could go for a high seven-figure advance.

“The paradox is we have to continue to acquire books and compete against each other in a tough marketplace,” said Jonathan Burnham, publisher of Harper, an imprint of HarperCollins. “We’re trying to be fiscally responsible about royalty advances, and yet the big books are the books that everybody wants, so we’re still in this climate of having to pay large levels of money in these auctions. You can’t really step away from that.”

During the Depression my grandmother, like thousands of others, went back to school. It seems like colleges and universities thrive when times are tough. Perhaps the book business will too.

There’s always an upside in a down economy, especially during the holidays.

The trick, according to the Times, is finding it. Their article on booksellers and publishers continues:

One silver lining of the downturn: Because many books are not selling as well as they might have in a better economy, it does not take nearly as many copies to have bragging rights about being a best seller.

There still may be something to the theory, much circulated these days, that books can provide an escape from financial misery. When “Gone With the Wind” was published in 1936 during the Great Depression, it sold a million copies in its first year and stayed at No. 1 on best-seller lists for two straight years — before it was a movie tie-in.

Then again, they didn’t have the Internet or television back then. But some publishing insiders suggested that readers might be looking for a respite from the digital world.

Related posts:
11 Perfect Presents for an 11-Year-Old
What to Buy a Writer for Christmas?
3 Magical Holiday Places