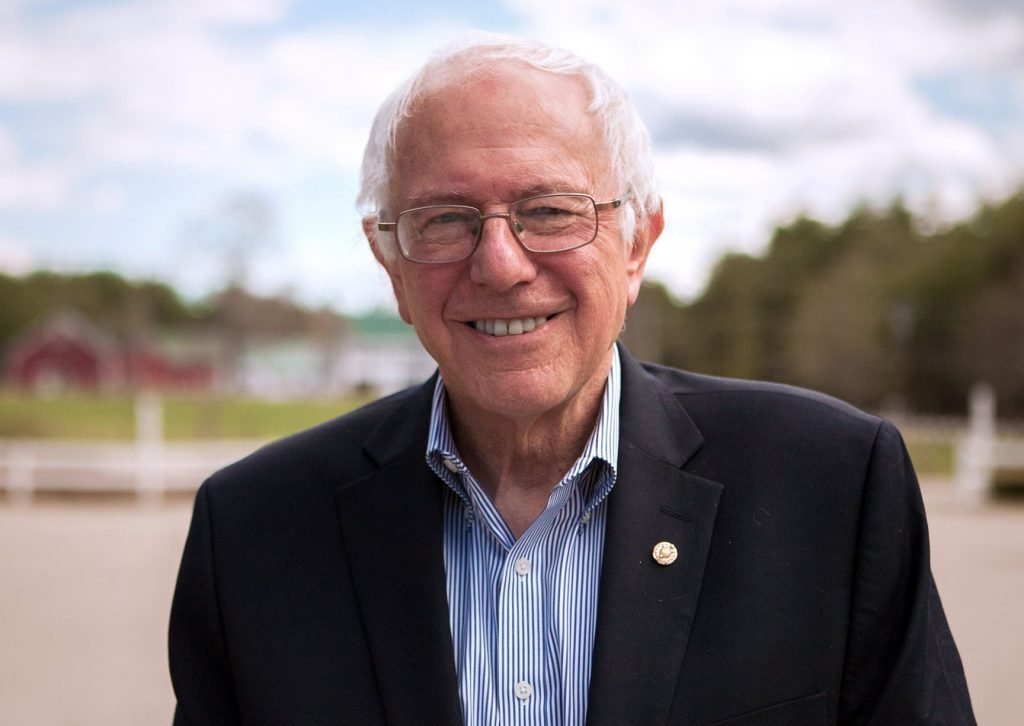 He unapologetically calls himself a socialist, believes the government should be run by and for the people (not just the wealthy), and advocates for universal health insurance. What’s not to like about Bernie Sanders? His stance on medical freedom. #FeelTheBern

“Hillary’s our best chance,” a doctor I was interviewing for a health story said to me recently.

This M.D. pointed out that the Clintons themselves get their health advice from Mark Hyman, M.D., the founder and medical director of the UltraWellness Center.

Dr. Hyman is brilliant, thoughtful, and not afraid to take on the medical status quo. He wrote the forward to Robert F. Kennedy’s book Thimerosal: Let The Science Speak. He’s also been straightforward about his views on vaccines: though he is pro-vaccine, he recognizes there are some vaccines, like the flu shot, that have such poor efficacy that it is a reasonable choice not to get them.

“It doesn’t really work well,” Dr. Hyman writes in this blog post. He also recognizes that there are some ingredients, like mercury, that are so toxic that we should not be injecting it—even in trace amounts—into the human body. (Mercury is still present in the multi-dose flu vaccine, which is given to pregnant women and children, as well as in at least two other vaccines.)

“Hyman could be surgeon general, if Hillary’s elected,” the doctor said hopefully. “Then we won’t have to worry about the erosion of medical freedom.”

I left the interview thinking about Hillary Clinton. BEFORE her now infamous and completely facile tweet shaming parents of children with autism, I had supported her. (Read Lyn Redwood, R.N.’s brilliant response to Hillary’s vaccine nonsense). I was disappointed when she lost the Democratic primary to Barack Obama. I would have liked to have had a woman president. I still appreciate how she has taken her punches and stayed standing. And I agree with her on some—perhaps many—issues.

Bernie Sanders unapologetically in favor of the working poor, but what about medical freedom?

Then I watched a presidential debate between Hillary Clinton, Bernie Sanders, and Martin O’Malley. (It was the first debate I’ve watched. We don’t have a TV. I’ve been busy making a living. I have only been tangentially following the primaries.)

“He talks just like my father!” I cried, surprised. “Where’s he from?”

“Outside New York, just like all your relatives,” my husband answered.

My husband, who grew up Italian Catholic, snorted with laughter. “You didn’t realize Bernie Sanders was Jewish?”

Like I said, I haven’t been paying much attention to the presidential primary. We have never had a Jewish president. Not even a Jewish vice president. Just the fact that Bernie Sanders, a Jewish politician, has made it this far in the primary is remarkable.

But his familiar way of talking and his ethnicity aside, I liked what Bernie Sanders had to say.

He is unapologetically in favor of the working poor, he believes in raising the minimum wage to $15/hour, he talks openly about taxing the rich, and he wants to have a government that is no longer elitist and run by the wealthy.

Hillary, on the other hand, kept praising Barack Obama, apologizing even for him. But the American people—especially families like mine who have seen food prices go up without a corresponding raise in wages, who pay more taxes than the rich despite earning less, and for whom it took A YEAR to get enrolled in Obamacare (a service we have never even used), don’t feel that Barack deserves praise.

Recently I needed to see a doctor. For the first time in ten years. For dizziness. I could not even make an appointment. No doctor in Southern Oregon was willing to take the Obamacare it took us a year to get enrolled on. I did find a nurse practitioner. She has a waiting list of two months! I thanked her receptionist and hung up the phone. Thanks, Barak Obama.

I was honestly disgusted when NPR commented on the popularity of the dress Michelle Obama wore to the State of the Union. It cost $628. Many working families in America don’t make that much money in a month. Washington, even the Obamas, is so elitist it feels like we’re living in the Hunger Games.

My mind’s not entirely made up.

I worry that no matter how strong and unapologetic Bernie Sanders is now he will be changed by Washington.

I also worry that Bernie Sanders is not educated about medical freedom. I don’t think he realizes that every newborn in this country is being given an aluminum-laden vaccine against a sexually transmitted disease in the absence of medical necessity. I’m concerned that for all his talk against Big Pharma, Sanders is in favor of mandated vaccines. That he does not realize that the state should never have the right to force parents into agreeing to unwanted pharmaceuticals for their children. That countries like Norway and Iceland with high vaccine uptake rates (and more evidence-based vaccine schedules) do not force vaccines on their citizens or bar children who are not fully vaccinated from participating in civic life, as California is now planning to do.

“Don’t be a one issue voter,” my husband scolds me.

But I think autism is the issue of our time. Our nation’s disastrous health—partly because the government is in the pocket of Big Food as well as Big Pharma—should be a national emergency. The autism, obesity, asthma, maternal mortality, and infant mortality rates in this country constitute an international embarrassment.

But instead of speaking out about how sick our children are today, our lawmakers, particularly the Democrats, have been concentrating on eroding parental rights and abolishing medical freedom. So much so that I may be voting Republican in the next election.

Still, after watching last night’s debate, I have to admit I’m starting to #FeelTheBern.

« Two Winning College Application Essays
Miracles All Around Us »