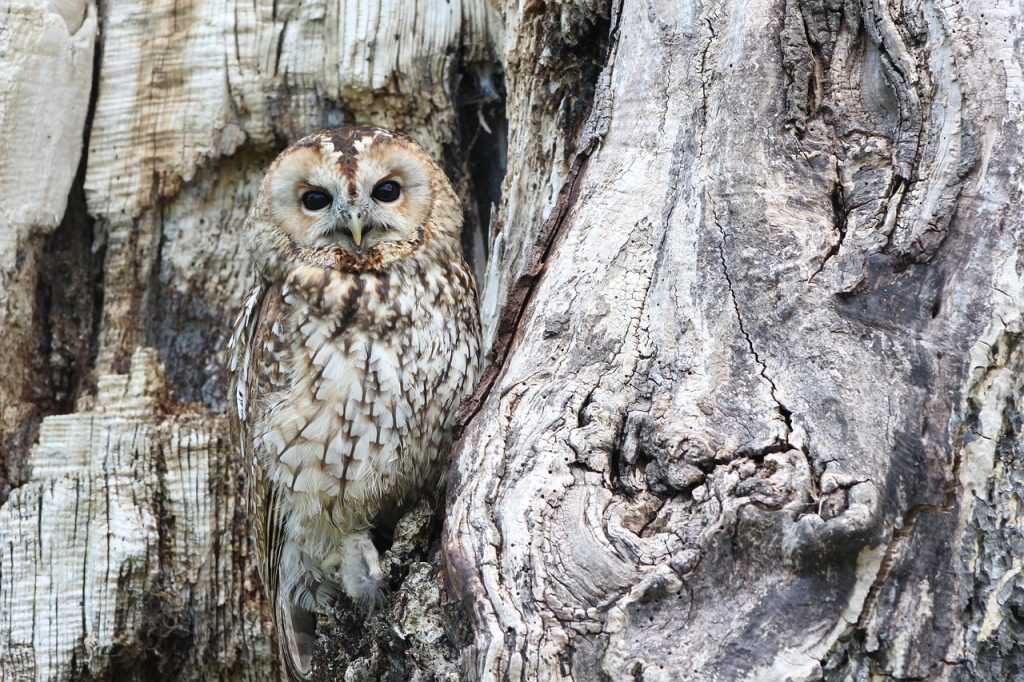 Special to The Oregonian

“If we don’t see coyotes in that field, it means we ain’t looking,” Charlotte Ann Kisling says as we bump along in her pickup on a cold December morning through the Klamath Basin National Wildlife Refuge.

I had no idea that in addition to powerful raptors we’d spy all sorts of wildlife that I’d never seen outside of a zoo.

Bird aficionados and lay people like me, who don’t know the difference between a sparrow and a starling, come from all over the world to the Klamath Basin in winter to view bald eagles.

Though February is the best time to see them, there are so many bald eagles here that you won’t leave disappointed if you visit during any of the winter months.

“Lazy and thieving birds” is how a naturalist at Wildlife Images, an education and rehabilitation center in Grants Pass, described them.

Bald eagles, which are bigger than hawks and kestrels, will steal other birds’ prey.

They often go for the easy kill, and they also eat carrion.

“They are opportunistic,” Menke agrees. “But … in wildlife parlance, being lazy is how you succeed. You use the least amount of energy to get the greatest amount of food to sustain your life.”

A burst of sun—and luck

It’s dreary and overcast when we start the day in Klamath Falls, driving south on Oregon 39 across the state line into California, toward Tule Lake.

Snow sweeps across the road and the sun is covered by heavy gray clouds.

But just as quickly the weather—and our luck—changes.

A ray of sun bursts forth, the snow stops beating on the windshield, and we start spying birds and wildlife of all kinds.

The first bald eagle we come across, on the Tule Lake Auto Route, is looking rather lazy.

He is doing absolutely nothing, standing stock still on the ice near a flock of long-necked tundra swans and Canada geese.

“He’s biding his time,” Kisling, 65, says, hauling her sighting scope out of the trunk and fixing it on the eagle.

The impassive bird might stay there all day, waiting for the right time to strike.

Though he acts nonchalant, he’s actually surveying the ducks and the geese, looking for one that is weaker or slower than the others, Kisling says.

He’ll attack the waterfowl without warning, capturing the birds in talons so sharp they easily penetrate flesh.

“Sometimes it’s just the luck of the draw and they get the bird that had the misfortune of being in the wrong place. I’ve seen that happen, too.”

A passion for raptors

Kisling is a retired ship worker who has been birding for more than 20 years and whose lifelong passion is raptors. She moved from Mill Valley, Calif., to Dorris, Calif.— just south of the Oregon state line—to be closer to these birds.

She leads tour groups for various organizations, including the refuge and the Golden Gate Raptor Observatory, and goes out herself at least twice a week in the winter.

The way Kisling can tell the difference between a harrier, a rough-legged hawk, a kestrel, a red-tail hawk and an eagle baffles me at first.

We drive on and she points out three northern harriers. Swooping and calling, these hawks seem to be having a territorial war.

Northern harriers fly low to the ground, tipping their wings back and forth as if on a ship in high seas.

They do this to harass their prey.

Since harriers have such keen vision and sharp reflexes, they swoop down on a rodent the minute it flinches. Instead of using stealth or surprise, harriers actually announce their presence to a potential meal in order to make it move.

We stop again to see a black-billed magpie soaring through the frigid winter air, its black and white feathers zebralike against the gray sky.

We’re leaving Tule Lake, heading toward the Lower Klamath Refuge, when we see four river otter poke their furry heads out of a small hole in the ice and dunk back down again.

But we don’t stop long—the presence of our vehicle seems to disturb the otters.

The most important rule when viewing wildlife is not to unnecessarily stress the animals, so we move on. A herd of mule deer with comically big jackrabbit ears lope across a field toward the road.

Right as we’re turning off the gravel Tule Lake Auto Route onto the paved road that leads to the visitors center, we see a mule deer mired in the mud.

Its mouth is open and its tongue is hanging out.

We hurry to the center to report the deer.

David Champine, a ranger with the U.S. Fish and Wildlife Service, radios another ranger.

Either they will haul the deer out of the muck or put it out of its misery.

In the afternoon we find the coyotes.

Four of them are just visible in an open field on the south end of the Lower Klamath Refuge Auto Tour.

One is trotting across the field, ears pricked, nose to the ground. Two bald eagles circle above it, competing for the same prey.

It’s at the Lower Klamath Refuge, too, that we start to see large numbers of the famed eagles.

As with all birds of prey, the males are smaller than the females.

Kisling points out both, high in the trees. We spy two juveniles.

Though as large as they will ever be, the juveniles have a mottled brown-and-white pattern on their feathers and head.

It will take several years for their tail and head feathers to turn signature white.

Another juvenile sits on the ice with something bloody beneath it.

A raven stands nervously nearby.

The juvenile moves to one side, relinquishing the catch to one of the adults.

When that eagle, startled by our vehicle, picks it up in its talons and takes flight, I see that it’s carrying a dead duck hanging upside down.

The eagle lands near a gull that is hunkered down against the cold and rips into the duck with its sharp beak.

At Laird’s Landing, we find nine eagles roosting in the cottonwood trees. Two more flap down, their weight shaking the branches.

As the sun sets over the snow-dusted hills, I recognize a kestrel on a fence pole, then a red-tailed hawk on a telephone wire and then a harrier in wobbly flight across a field.

I’m starting to get the hang of birding: The kestrel has a yellow belly, the red-tailed hawk a dark-light-dark feathering and the harrier a unique flight pattern.

Kisling tried all day to point out a ferruginous hawk.

Though we found none, she spotted three the next day.

“You take your chances when you come out to the Klamath Basin,” Kisling says.

Not the weather, not the wildlife.

But the trip is likely to offer more than you ever expected.

When to go: The best time to see bald eagles is in February, but you should be able to spot birds from November through early March. Check the National Wildlife Refuge Website for up-to-date information about bird sightings.

To spot eagles at dawn, you can try your luck at the “fly out” just outside the Bear Valley National Wildlife Refuge, off Oregon 97, 13 miles south of Klamath Falls.

Where to stay: Klamath Falls, the Oregon town closest to the eagles, has lots of accommodations.

Winter Wings Festival: The Klamath Basin Audubon Society celebrates the return of the eagles and other raptors, plus wintering waterfowl, with a festival that includes field trips and workshops, Feb. 13-15. www.winterwingsfest.org