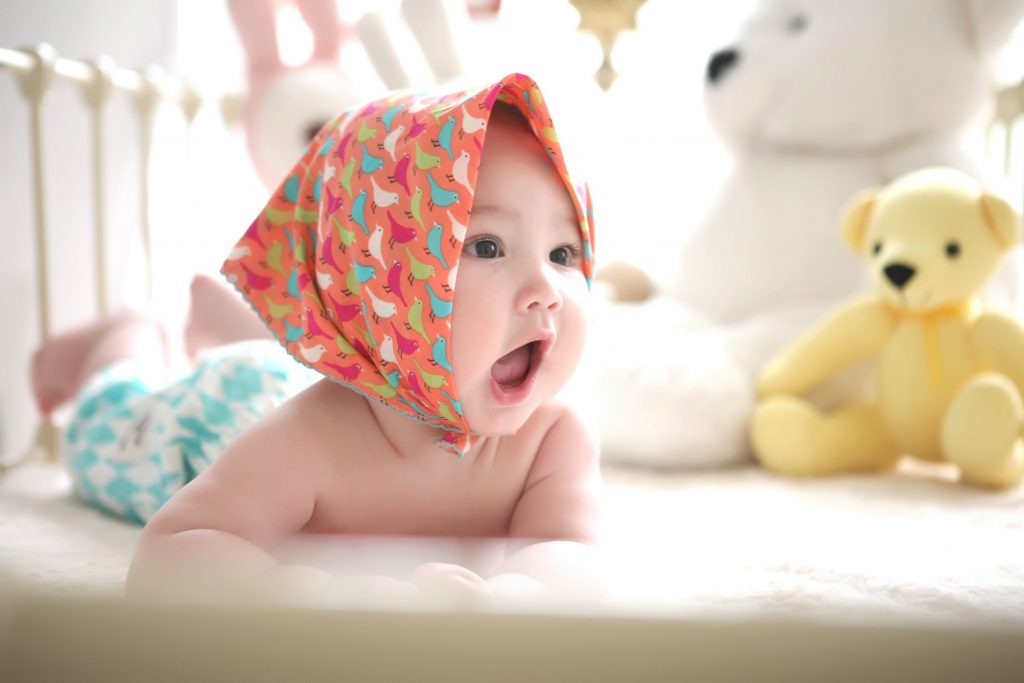 Within the first six hours of exposure to aluminum, the young salmon showed signs of distress and marked behavior changes. After that, it began to seek out the corners of the tank, pushing its head and body against the side of the tank.

After twenty-four hours, the salmon began to move randomly and chaotically around the tank. Finally, after losing its orientation, it flipped onto its back and took its last breath. It died from aluminum toxicity.

Exley was deeply troubled. He had just witnessed with his own eyes how acute aluminum exposure could be toxic to living things. This profound experience directed the course of his scientific research into aluminum toxicity.

A professor at Keele University in Staffordshire, England, Christopher Exley has been researching and publishing original science about aluminum exposure and aluminum toxicity for 35 years. 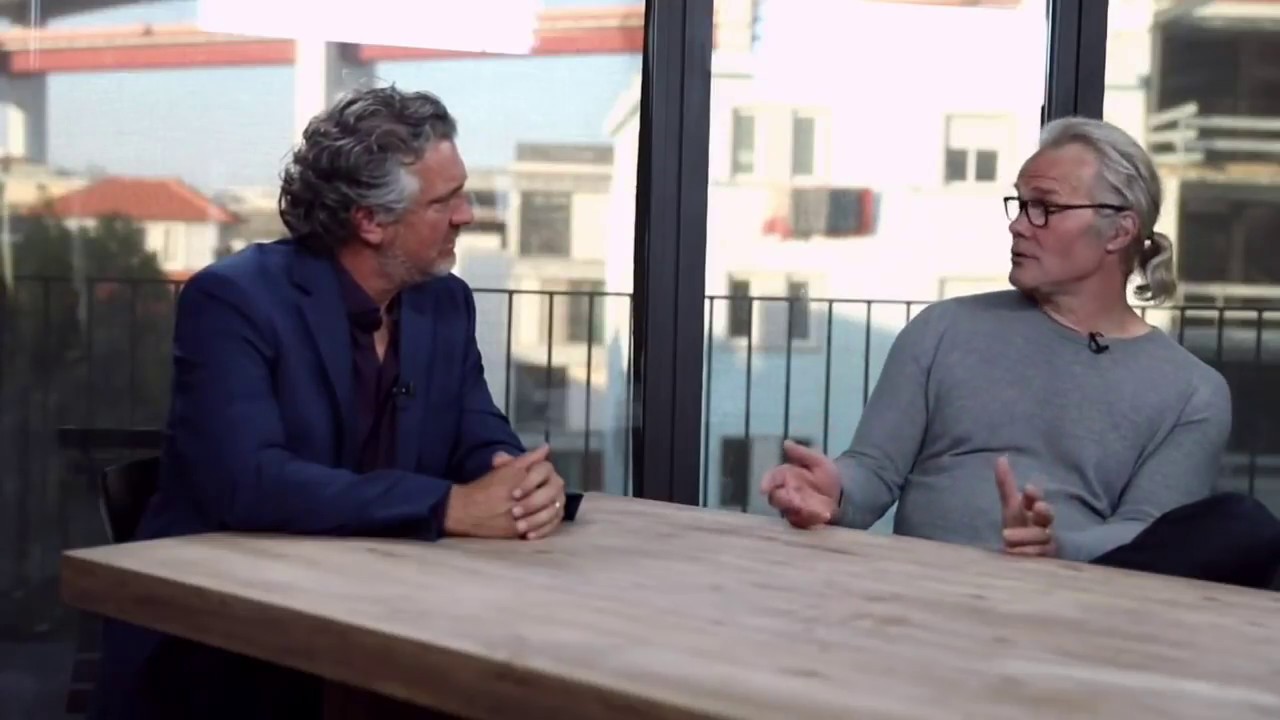 Dr. Exley is a professor of Bioinorganic Chemistry at Keele University in Staffordshire, United Kingdom. He has published over 200 peer-reviewed papers on aluminum and is considered by many to be the leading authority on aluminum toxicity. Photo of Christopher Exley and Del Bigtree.

Aluminum is one of several adjuvants used in childhood vaccinations.

An adjuvant is a substance that is added to vaccines to provoke a stronger immune response.

As the Centers for Disease Control and Prevention (CDC) explains, several different adjuvants are used in vaccines. In addition to aluminum, these vaccine adjuvants include: 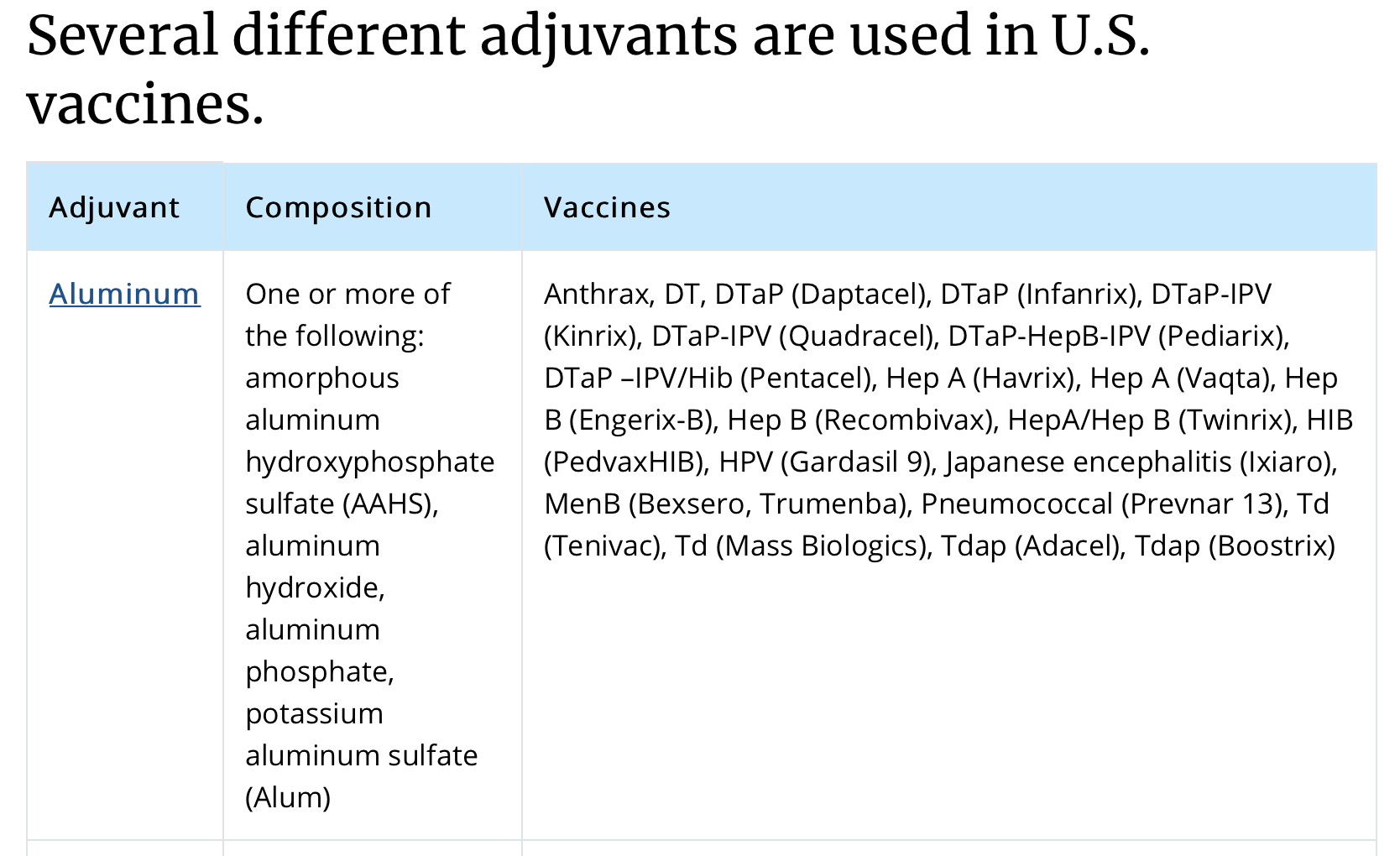 List of the vaccines that contain aluminum adjuvants. Screenshot from the CDC.

In a recently published commentary in the Journal of Trace Elements in Medicine and Biology, Exley explains that a single injection of a vaccine that includes an aluminum adjuvant can be considered acute exposure to aluminum.

Aluminum is known to be toxic

While common in the environment, aluminum is toxic to humans. It is both a central nervous system and bone toxin.

It’s important we understand how common medical practices are making us sick, especially our children. The more we educate ourselves, the more empowered parents we become and the better able we are to help our children be healthier, as I wrote in an earlier post.

The human body most effectively prevents aluminum from being toxic when it is ingested (that is, swallowed) and passes through the gastrointestinal tract.

In fact, less than 1 percent of ingested aluminum is thought to be absorbed. In other words, almost all aluminum that is ingested leaves the body through the natural digestive process.

In contrast, our human bodies have very little defense against aluminum that is “parenteral,” or that bypasses the gastrointestinal tract.

“Parenteral” is a medical term that is used to refer to something that is put inside the body but not by swallowing. For example, an injection is given into the muscle on the leg, a subcutaneous injection, or an IV are all common routes of parenteral drug administration.

Injected and intravenous aluminum are both considered parenteral aluminum exposure.

According to Exley’s scientific review: “All intramuscularly injected aluminum, e.g. from vaccines, may eventually be absorbed” (my emphasis).

Research published in the New England Journal of Medicine, one of the most prestigious medical journals in the United States and the world, showed evidence of aluminum neurotoxicity due to IV nutrition in premature infants in neonatal intensive care units. The strength of these research findings directly led to strict FDA guidelines on parenteral aluminum in IV nutrition to prevent damage to newborns.

But here’s the problem: The cumulative amounts of aluminum exposure via adjuvants in vaccines far exceed the FDA’s own safety limits.

As outlined by the FDA, children who received injected aluminum at greater than 4 to 5 micrograms per kilogram per day “suffered from central nervous system and bone toxicity. Tissue loading may occur at even lower rates of administration.”

What does this mean?

Let’s say that a typical 2-month-old baby weighs about 5 kilograms. If that baby receives a brand of the DTaP vaccine which contains 625 micrograms of aluminum, then the baby receives 625/5 = 125 mcg/kg parenteral aluminum by injection, which passes directly into the bloodstream, the brain, and other organs. The “safe” amount for that baby is only 25 mcg per day. But the baby is receiving 625 mcg. So the amount the baby is receiving with just one injection is twenty-five times higher than the 25 mcg  (4-5 mcg/kg/day) maximum that FDA stipulates for parenteral administration via IV nutrition. This level of exposure, from just one vaccine, constitutes aluminum toxicity.

If you’re interested in pursuing the question of aluminum toxicity, you’ve got some more researching to do.

I recommend you print these articles out, grab a highlighter pen and a strong cup of coffee, and read them in their entirety.

In the case of Infanrix Hexa, a vaccine used in Europe and Australia to prevent six diseases (diphtheria, tetanus, pertussis, hepatitis B, polio, and Haemophilus influenzae type b or Hib), the concentration of aluminum is approximately 8,000 times higher than was required to kill the salmon parr Exley saw being poisoned to death by aluminum.

Exley has noted that the total concentration of aluminum in the immediate vicinity of the injection site is extremely high.

When a baby or small child receives a vaccine, the injection site often becomes red and sore.

This inflammation is caused by the immune system. White blood cells rush to the injection site to respond to the immune assault.

Exley explains that the majority of injected aluminum adjuvant will be actively taken up, literally eaten, by a number of different cells that come to the injection site.

Macrophages are large white blood cells that have the ability to locate and ingest foreign substances, like bacteria and viruses. Some particles of aluminum adjuvant will be taken up by the body’s macrophages and retained at or close to the injection site as a granuloma.

A granuloma is a collection of macrophages—a small area of inflammation. Other cells heavily laden with aluminum will leave the injection site, visiting local lymph nodes and carrying aluminum to other places in the body.

This is a lot of medical lingo, but stay with me. The important take-away here is that evidence is mounting that these cells may be transporting aluminum into brain tissue.

Perhaps most concerning is that in his research, Exley has found evidence that aluminum can infiltrate brain tissue by crossing the blood-brain barrier and meninges. This aluminum has been found in the brain tissue of people with autism.

Exley urges that we not be complacent about the use of aluminum adjuvants. Because infants have increased gastrointestinal absorption, reduced urinary excretion, and a developing blood-brain-barrier, he argues that they are uniquely vulnerable to aluminum.

But what about aluminum in breast milk?

The injection of a single dose of Infanrix Hexa (mentioned above) into an infant is equivalent to 164 times the daily dose of aluminum that a baby will be exposed to in breast milk. While a proportion of this aluminum may be retained in a granuloma at the vaccine injection site, even if 40 percent of the aluminum were contained, the daily dose of aluminum in this particular vaccine is still 100 times higher than an infant would receive while breast-feeding.

This high exposure to aluminum, some of which may end up in a baby’s brain, has never been shown to be safe for infants.

Some researchers have dismissed the concern over aluminum exposure, arguing that people are being exposed to aluminum all the time (in breastmilk, beauty products, and cookware, for example).

If we humans are being exposed to more aluminum than our bodies can handle, we should be very, very concerned.

It is the cumulative over-exposure to aluminum that thoughtful researchers and scientists are worried about.

Aluminum has no place in the human body.

Given that it’s toxic to humans and has no beneficial role of any kind in our bodies, it stands to reason that we should take every possible step to reduce aluminum exposure and lower our body burden of aluminum. 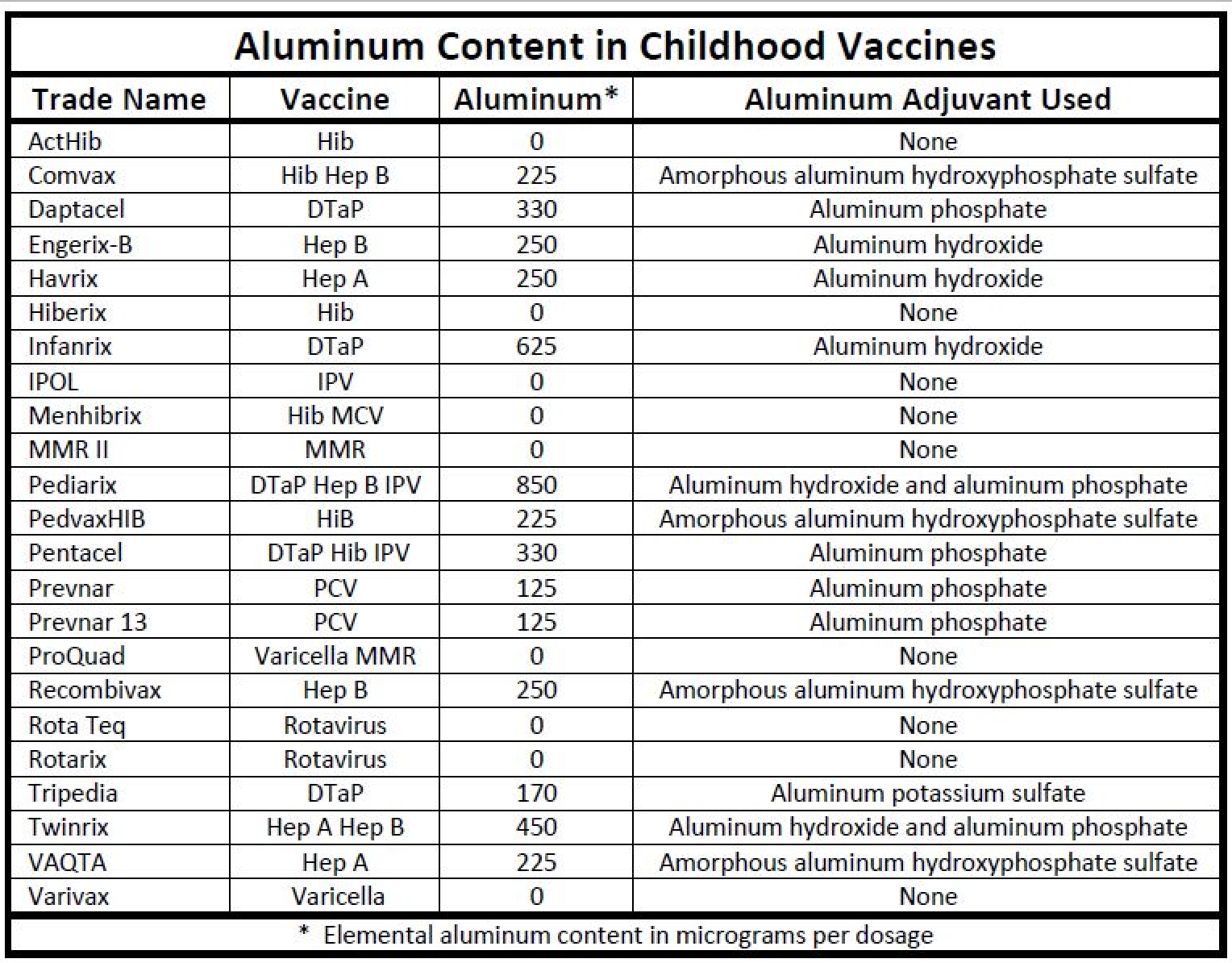 Aluminum content in childhood vaccines, vaccine by vaccine. Please note the aluminum content in vaccines is highly variable depending on the brand. The most up to date information can be found at Johns Hopkins University’s Institute for Vaccine Safety. Photo courtesy of The Vaccine-Friendly Plan.

Related Posts:
13 Reasons Why the CDC is Right & You Need to Vaccinate Your Kids
Wondering About Vaccines, Not Sure Where to Start
Medical Doctors Say We’re Doing Too Many Vaccines Too Soon

« Birthing My Second Baby
If We’re Open About Suicide, We May Help Prevent It »