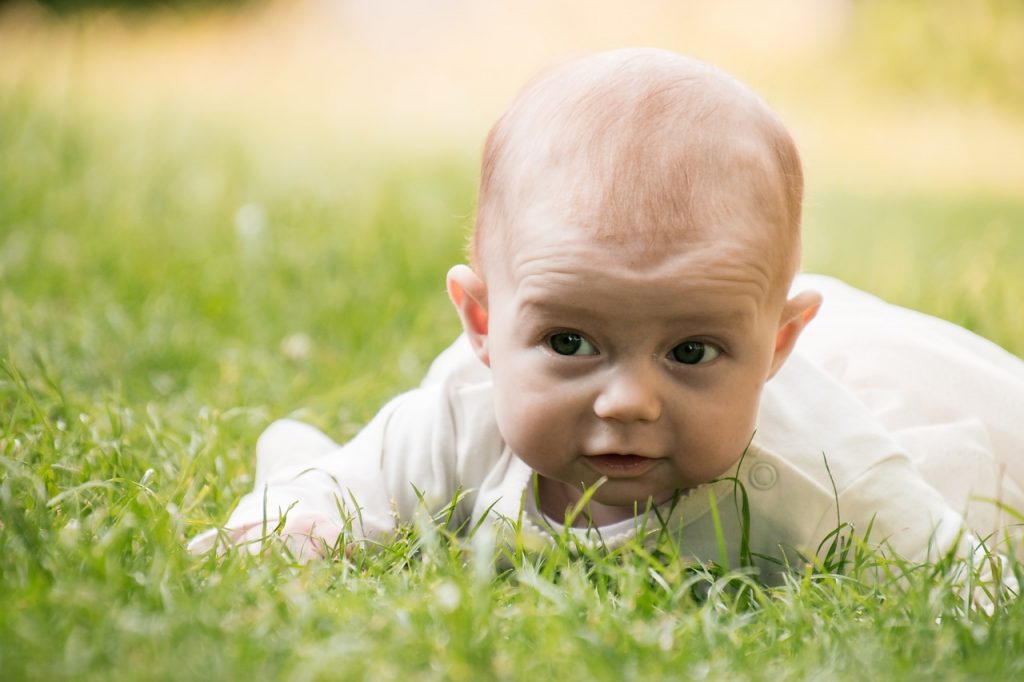 Health doesn’t come from a pill, a bottle, or a syringe. Five unexpected lessons from the Freedom for Family Wellness conference, which is an annual health conference for chiropractors and other health professionals.

When John Minardi was 17 years old a man shoved the barrel of a gun under his chin so hard Minardi could feel it with his tongue from the inside of his mouth.

“How tough you are now, eh?” the gunman taunted.

John Minardi told him to pull the trigger.

When Jeanne Ohm, a pediatric chiropractor, the founder of the International Chiropractic Pediatric Association (ICPA), and the editor-in-chief of Pathways to Family Wellness Magazine, invited me to speak at the Freedom for Family Wellness Summit: Shifting to Conscious Choice in Reston, Virginia, November 13 – November 16, 2014, John Minardi’s story was not the kind I was expecting to hear.

Jeanne Ohm invited me to conduct a workshop about gentle, effective communication to help pregnant women have natural births, as well as to deliver a keynote speech about how pregnancy and childbirth are influenced by corporate greed and for-profit medicine.

The day before I got on the plane to fly to Washington Dulles, I panicked.

And there I was a seasoned and sought-after public speaker, preparing my PowerPoint presentation, and I realized I did not know very much about chiropractors or about chiropractic care.

I’m not sure I had ever even talked to a chiropractor—besides Dr. Jeanne Ohm—and I had also never had a chiropractic adjustment.

My husband’s friend and one of his senior colleagues were happy to give me a quick briefing about their profession and the people in it.

They told me that the first chiropractic adjustment was done by D. D. Palmer in Iowa. There are about 20 colleges in the U.S. and Canada that teach chiropractic and each has its own philosophy. By making adjustments to the neck and spine, chiropractors restore motion to locked up joints. They remove interference to the nervous system so the brain and body can better communicate.

Some are trained in what’s known as the Webster technique, an adjustment with particular benefit to pregnant women. It has been observed that if a woman has a baby in a mal-presented position, this adjustment, by balancing pelvic muscles and ligaments, may provide the opportunity for the baby to assume a more optimal position for birth.

Many pediatric chiropractors work with newborns who may be out of alignment due to difficulties during birth. In Oregon, a state where they enjoy an expansive scope of practice, chiropractors can also perform minor surgery and deliver babies.

One of the biggest differences between chiropractors and conventionally trained mainstream American doctors: chiropractors have a set of beliefs, a strong skill set, and rigorous training but they also work well with other health practitioners, partnering with their patients and other health providers to help people achieve optimal health.

Conventionally trained American medical doctors, on the other hand, are taught in medical school that their way is the only way.

Conventional medical doctors don’t give recommendations, they give orders (“doctor’s orders”), and most insist their patients follow their protocol. It’s my way or the highway. So much so that family who choose to do things differently are often kicked out of their doctor’s practice, an action that some 30% of conventionally trained medical doctors support.

A low-level drug dealer in Detroit, John Minardi thought he was a dead man. But he wasn’t sure he cared. He wasn’t as afraid of the gunman as he was of his drug boss, who would kill him if he did not bring back the correct amount of money from the drugs he was commissioned to sell.

Though Minardi managed to get out of that situation alive, he knew there was no way he was going to make it to 20. And then he badly injured himself in a prizefight.

“When can I fight again?” Minardi asked the ER doctors.

“Fight?” the doctors replied. “You’ll be lucky to be able to walk normally again.”

John Minardi’s family wellness talk, entitled “Power of Adjustment: Creating Neural Adaptations,” was one of dozens of fascinating, provocative, and unusual keynote speeches and workshops at the conference this weekend.

The Speakers at Freedom For Family Wellness

I didn’t go to every session but the talks I did attend were outstanding. The speakers included:

Kelly Brogan, M.D., a psychiatrist in private practice who works with pregnant and post-natal women, talk about the importance of beneficial bacteria both in establishing a healthy immune system and a healthy, happy brain (“Foundations of Mental Health: Pregnancy, Birth, and Breastfeeding in a Healthy Microbiome”)

Bruce Lipton, Ph.D., a cell biologist who travels internationally giving lectures, give a ramble rousing two and a half hour lecture that kept the audience on the edge of their seats about the importance of the environment to the expression of human genes (If I had to sum up his talk in one sentence, it would probably be: “You are not a victim of your genes!”)

Right Livelihood Award Winner Ina May Gaskin, who is probably the most famous midwife in America—if not in the world—talk about the “fear problem” we have in this country surrounding birth is interfering with healthy, normal, hormonal birth, and how the medical community’s conviction that American women’s bodies are not adequate to the task of having babies is wrong.

The 5 Unexpected Lessons About Family Wellness:

1) Chimpanzees can labor upside down

Ina May Gaskin showed this video clip of a chimp at Attica Zoological Park in Greece who put herself vagina side up while her baby was crowning. She flipped herself over for the final moments of the birth and she and her friend cuddled the baby with so much love that I cried watching the video.

Who knew there would be a Brazilian funk band, tequila shots, and a whole lot of dancing? This conference, which provides continuing education credits, included an enormous amount of practical and theoretical information. But everybody there was also encouraged to have fun.

3) Wellness is all in the family

This was one family friendly family wellness conference. The chiropractors, medical doctors, researchers, and other speakers weren’t just talking about healthy children, they were displaying them. I was delighted to see so many newborns, babies, and small children at this conference.

5) The reigning Ms. America is a practicing chiropractor

Did you even know there was such a thing as a Ms. America? Her name is Stephanie Mills and she practices chiropractic in New Hampshire.

In excruciating pain, John Minardi went to a chiropractor for a series of adjustments to try to fix the damage done to his back and neck. Minardi never missed an appointment. For whatever reason, the older man took a liking to this angry, violent, low-level teenaged hoodlum.

“Me?” Minardi was incredulous.

“Chiropractic needs people like you, people with guts,” the doctor told him. “People who aren’t afraid to fight something bigger than they are.”

It took several years but Minardi managed to buy his way out of the drug business by paying a lump sum to his crime boss.

After college, he got accepted to the Canadian Memorial Chiropractic College. He called the ‘crazy old man,’ as he thought of the chiropractor who had given him hope for the first time in his life so many years before.

“Of course you did,” the chiropractor said. “And now you can change the world.”

Minardi graduated in 2001. He’s been practicing chiropractic ever since. 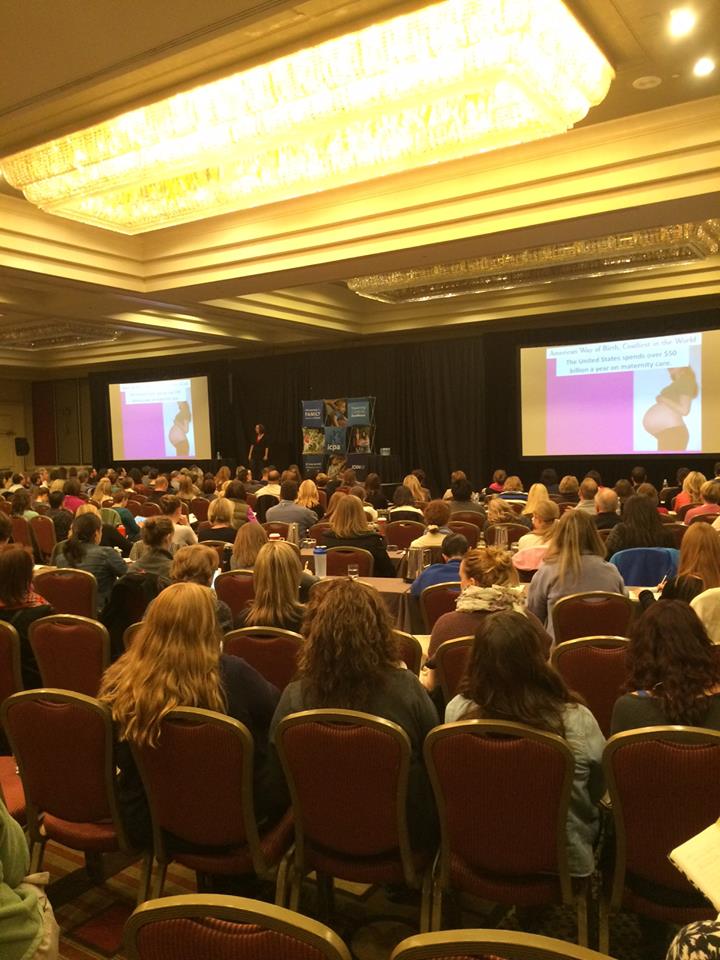 My keynote speech at the Freedom for Family Wellness Summit was entitled “The Business of Pregnancy and Childbirth.” 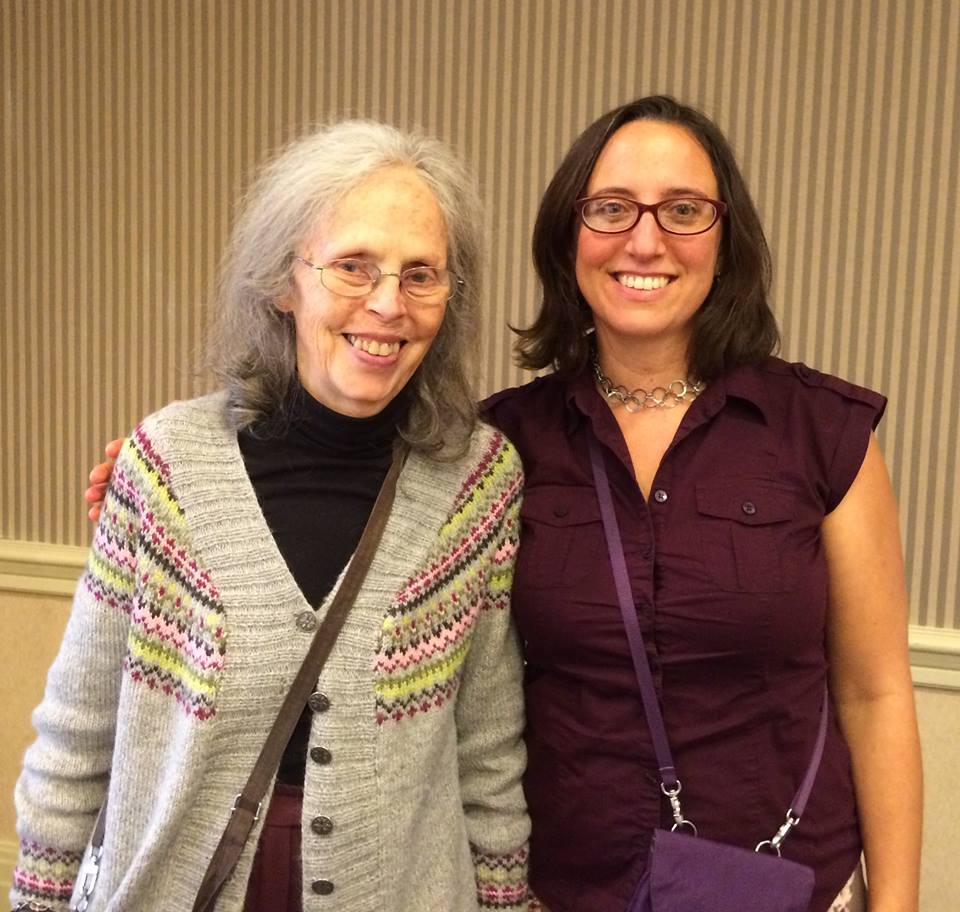 Midwife Ina May Gaskin (left) and me, Jennifer Margulis (right). I’ve admired her work for years but this is the first time I met her in person. It was hard not to be star struck. She’s amazing. 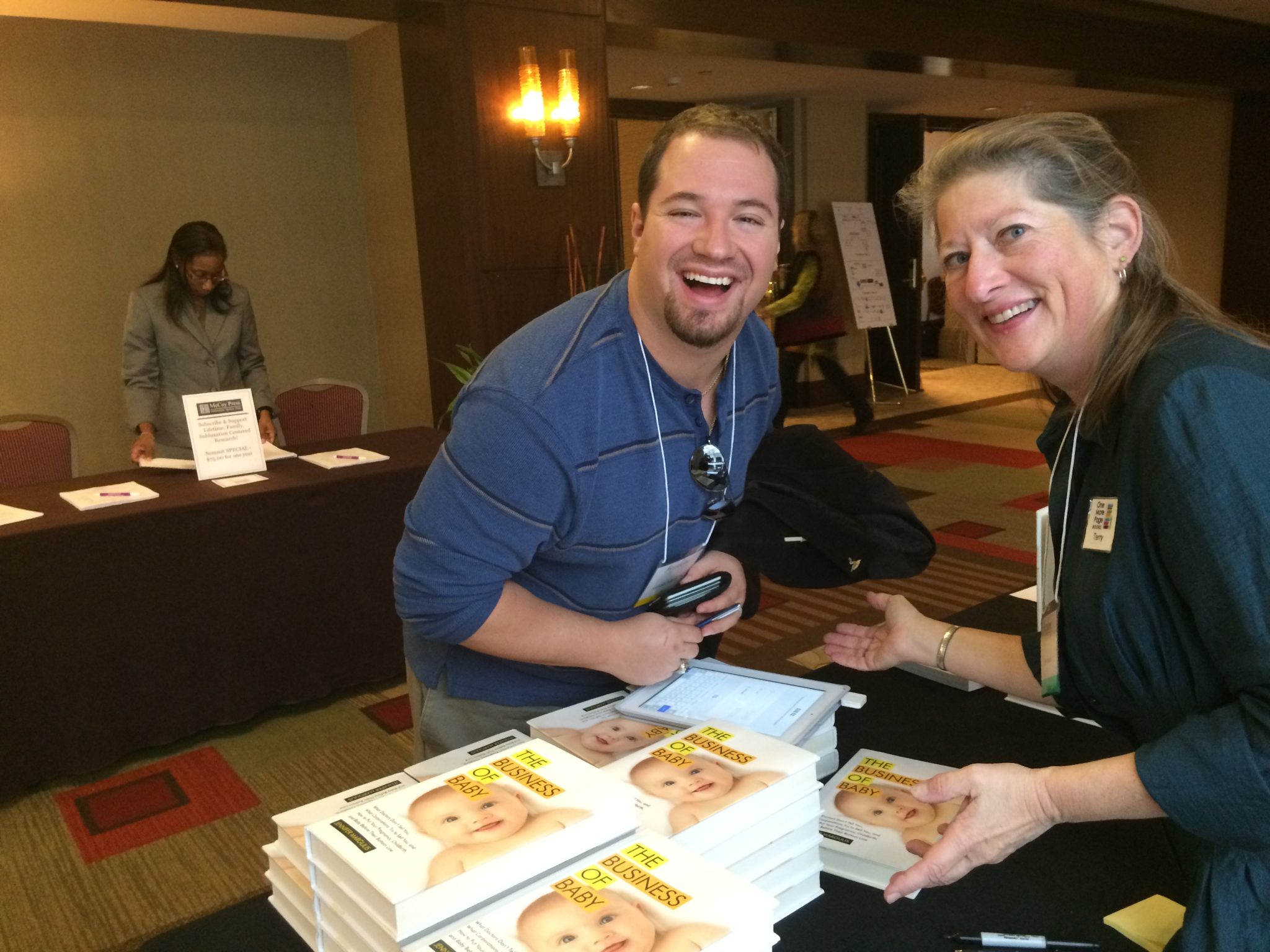 An enthusiastic chiropractor buying a copy of my book, The Business of Baby. We sold out of the books at the Freedom for Family Wellness Summit. 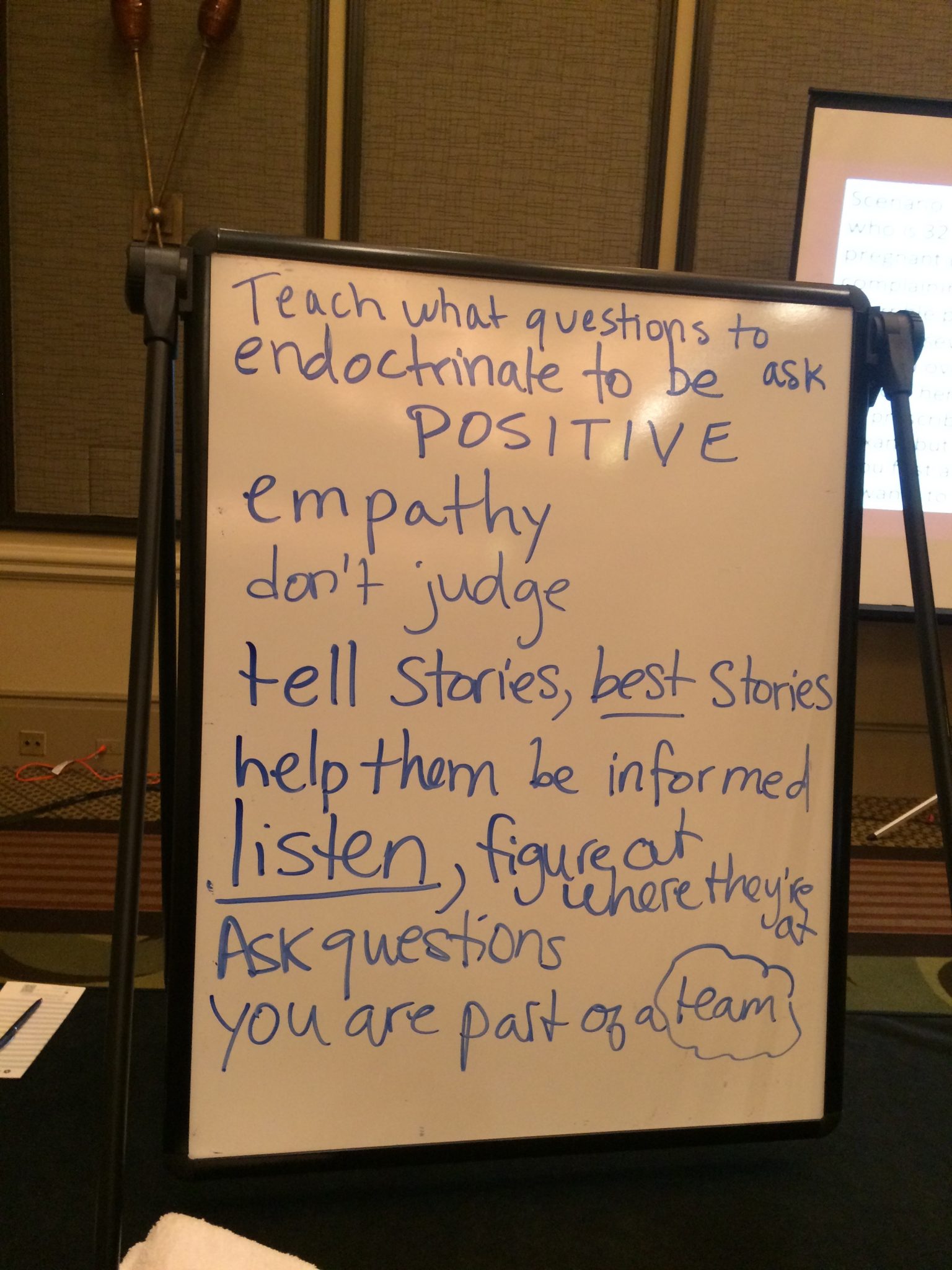 From my workshop at the Freedom for Family Wellness Summit: Gentle communication for a natural childbirth includes listening well, asking questions, and sharing positive stories.

Related posts:
Lessons From Ina May Gaskin
7 Reasons Why Child Vaccines Are the Best Parenting Choice
Welcome to the World, Precious Baby

« Where You’ll Find Me: Reston, Virginia
One Plus One Equals Three: How This Mom Was Blindsided by Parenthood »